[YS Exclusive] London will be a key market for Ola this year: Simon Smith, Head of International Ops 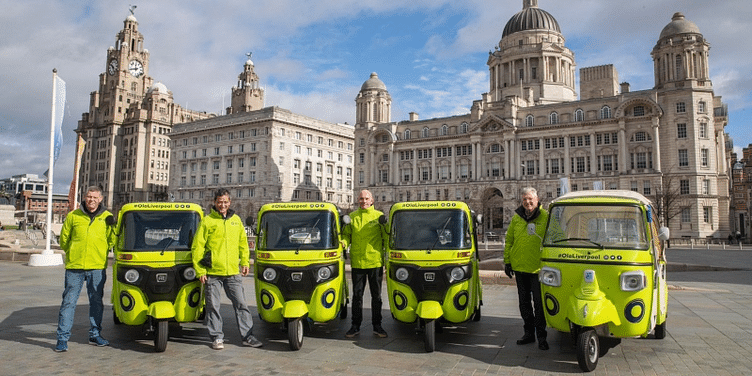 Bengaluru-based ride-hailing unicorn Ola will get on road in London from February 10. Speaking exclusively to YourStory, Simon Smith, Head of International Operations, details out the key challenges and the startup's plans.

On Friday, ride-hailing unicorn ﻿Ola﻿ announced that it would be starting its operations in London from February 10. The company announcement said the platform will be fully operational from day one, with over 20,000 drivers having registered since it began on-boarding a month ago.

Ola had forayed into the UK with operations starting in Cardiff in 2018, and will now operate across 28 local authorities. It has expanded across Birmingham, Liverpool, Exeter, Reading, Bristol, Bath, Coventry, and Warwick.

Simon Smith, who was Managing Director, Ola, Australia, became Head of International Operations, Ola, last year. Simon was earlier the CEO of eBay Australia, VP of Virtual Offices at ServCorp, a consultant at McKinsey and Company, and non-executive Director of Sportsbet.

In a conversation with YourStory, Simon spoke about the challenge of launching in London and the ride-hailing unicorn’s plan to expand into the city.

YourStory: What are the key challenges of opening in a market like London?

Simon Smith: When it comes to mobility, every city has its own set of expectations, but the universal truth is that people want a responsible, convenient, and safe ride with good drivers at the wheel. London offers excellent public transport and infrastructure, and Ola is looking to complement the public transit network and enhance transportation access for Londoners.

Capitalising on the success that Ola has had in other cities and towns in the UK, Ola is leveraging those learnings to provide customers a differentiated offering and the best-in-class services.

YS: What are your key plans for London and how do you intend to expand deeper in the market?

SS: Having brought Ola’s global experience, innovations, and best practices and by providing customers and drivers a differentiated offering, the company has witnessed tremendous success across the UK.

London is a key market for Ola and we are committed to building presence across safety, driver-centricity, collaboration, and innovation.

Since its launch in the UK, Ola has worked closely with authorities across the country to solve mobility challenges and will continue to echo this approach as it launches in London and deepens its presence.

Taking a driver-centric approach and building on its pledge to empower drivers, Ola is offering drivers zero commission rates for the first six weeks so that they can reap the benefits and experience the value that the platform has to offer.

With more than 20,000 drivers already signed up, Ola is ready to launch at scale from day one and provide the community with greater choices and easier access to cabs. The top priority will always be to provide the best-in-class service in all the markets where Ola operates.

YS: What are Ola’s future plans for the UK?

SS: Ola’s journey in the UK has already seen it completing three million rides through a network of 11,000 drivers across 27 regions in the UK.

Its efforts will be focussed on delivering the highest levels of service quality through a large network of drivers.

Ola will look to add more than one category/offering and will progressively look at expanding the range in the months to come.