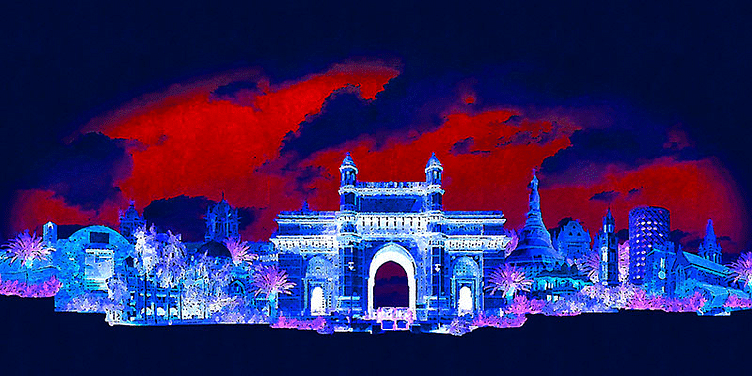 Mumbai has an active startup base of 9,000+ and has grown into a major B2B hub. A supportive State government, a robust financial ecosystem, and a huge population is fostering the city’s startup culture.

Mumbai, eulogised as the ‘city of dreams’ in books and popular culture, has traditionally been high on entrepreneurial zeal too. It is, after all, the ‘city of dhandha’ (the colloquial term for ‘business’) - fast, furious, and financially inclined.

The coastal city contributes $5.2 billion to India’s GDP annually.  In the past decade, it has also emerged as India's third largest startup hub, after Bengaluru and Delhi-NCR.

Mumbai today has an “active startup base” of over 9,000, with ecommerce, enterprise tech, and fintech ranking as the most popular sectors, according to a joint study by KPMG India and TiE Mumbai.

The growth has been particularly impressive since 2017, with the number of startups in the city doubling from 4,582, riding on the Government of Maharashtra’s innovation-friendly policies that have not only benefited Mumbai, but also created thriving startup hubs in Pune, and elsewhere.

As the third largest startup, Mumbai accounted for nearly 19 percent of all startup deals in the first half of 2019. Between January and September, the total funding raised by startups stood at $726 million across 121 deals.

The combined valuation of all startups in the city was estimated at $12 billion, according to KPMG.  Top deals involved startups ﻿Toppr﻿ (edtech), Innovcare Lifesciences (healthtech), ﻿SARVA﻿ (fitness tech), and ﻿Dream11﻿ (fantasy sports).

Though most of these startups raised capital from VCs—both international and domestic—private equity and debt financing contributed nearly 20 percent to the overall funding in H1 2019.

Observers reckon that Mumbai’s robust financial and entrepreneurial ecosystems ensure that it has “every available resource to be a popular destination for startups”. It also has the most number of billionaires in the country, making it the sole Indian entry in the list of the world’s top 20 wealthiest cities.

This concentration of wealth makes the city the playground of high net-worth individuals (HNIs) who run enormous business empires. “It has created a robust investor base that is favouring startups. Owing to the city’s huge population, it is also a large customer base for startups, especially in the B2C space,” a TiE Mumbai official told YourStory. Some key trends have emerged over time from the city.

Despite a supportive State government, the presence of major banking and financial institutions, and its rich connectivity to other cities, Mumbai had to wait until 2019 to birth its first (and second) unicorn, when Dream 11, with a net valuation of $1.5 billion, and healthtech startup CitiusTech, valued at $1.8 billion, achieved that feat.

Analysts indicate that the inability of Mumbai startups to attract large single-rounds of funding upwards of $1 billion (like ﻿Paytm﻿, ﻿Oyo﻿, ﻿Swiggy﻿, ﻿Ola﻿, etc. have raised) is one of the major impediments in the unicorn route.

This is also because Bengaluru has grown into a hub of B2C startups, which are cash-guzzling businesses in dire need of heavy capital infusion, while Mumbai has emerged as a B2B startup hub. Nearly 60 percent of startups in the city are B2B ventures, led by fintech, enterprise tech, and healthtech.

However, things are gradually changing. Nearly a third of India’s 30 potential unicorns are headquartered in Mumbai. These ‘soonicorns’ (valued between $500 million and $750 million) include ﻿Cartrade﻿, FINO PayTech, ﻿Pepperfry﻿, Nazara, ﻿BookMyShow﻿, and others.

“The success of these soonicorns will depend on their ability to attract funds from international investors and their competitiveness against global unicorns,” KPMG states.

One of Mumbai's persistent problems has been migratory startups, or those companies that were founded in the city but moved to Bengaluru right before scaling up. The list includes many poster boys of India’s startup ecosystem - Ola (born at IIT Bombay), ﻿InMobi﻿, Quikr, Freecharge, ﻿Instamojo﻿, ﻿WorkIndia﻿, etc.

The shift is primarily driven by the dearth of a tech talent pool, the high cost of living, including rent, and daily commute woes in what is one of the world’s most densely populated cities. All these are major deterrents for early-stage startups.

“Mumbai has the highest cost of living among Indian cities. This translates to higher salaries and greater rental fees for startups causing a drain on resources and limiting their ability to scale up operations.”

The high cost of real estate in the central business districts have forced young migrating techies to relocate to the suburbs of the city, which leads to increased commute time. “The average commute speed in Mumbai is the slowest among all Indian metro cities and was measured at 18.5km/h in 2019. A slow commute to work could result in a decline in productivity,” KPMG added.

In 2014, when Quikr moved to Bengaluru, its Founder-CEO Pranay Chulet cited the dearth of talent as one of the chief problem areas in Mumbai.

“We want to double our tech and product team. It would have probably taken us 18-24 months in Mumbai, but in Bangalore we should be able to grow quicker,” he was quoted as saying.

Mumbai has emerged as the hub of B2B startups in India, but talent still in short supply

Fintech has been in particular focus, with the sector having gained due to the presence of large banks, financial services, insurance companies, brokerages, hedge funds, and VC firms in the city. Mumbai is already home to the highest number of fintech startups in India, according to Tracxn.

In 2018, Maharashtra became the first Indian state to announce a fintech policy. Over the year, the government disbursed Rs 9 crore in grants, reimbursements, and prize money to 250+ startups.

It also launched an inaugural accelerator programme, and incubated 12 ventures under it. The government also appointed a fintech officer to oversee growth in the sector.

Now, the local government wants to make it the “fintech gateway of India”, and has partnered with World Bank and others in 2019.

“With 400+ fintech startups, an API sandbox, an investment platform, education platform, and fast adoption by the State, we are leading the fintech movement in India. We aim to make Mumbai a global fintech hub and the fintech gateway for India. Through the India Fintech Festival, we hope to foster new investments and setups in the State.”

Now, concerted efforts are being made to beat Mumbai’s infrastructure woes, including astronomical real estate prices and connectivity constraints.

The State government, along with various other stakeholders, has proposed the creation of Mumbai Innovation Central (MIC), a one-stop T-Hub-like centre that will offer key amenities to foster the growth of young startups.

Nikhil Sikri, Founder and CEO, ﻿ZoloStays﻿, says, “Co-living can become a great enabler for entrepreneurial ecosystems as it offers a hassle-free life wherein people can focus on their work and leave all worries behind. Co-living generally is a more economical option as well, which is critical for early phases of entrepreneurship.”

The primary goal is to arrest the migration of startups to other Indian cities by helping them scout for quality talent and providing scaling up options in Mumbai itself.

Sasha Mirchandani, Founder & MD, Kae Capital, sums it up aptly, “The MIC is a wonderful idea and will help all startups grow together in an organic way. This campus can help propagate the concept of ‘water cooler ideation’, which in essence is when people live and work together, they cross-pollinate ideas and propagate innovation.”