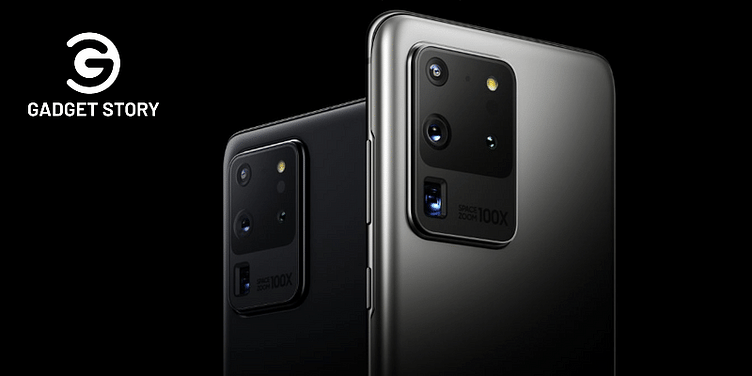 The middle-child in Samsung’s new S-series trio, the Galaxy S20 Plus packs quite a punch with the perfect display, smooth usage, and more. Could this be the most well-rounded smartphone of 2020?

The Galaxy S20 Plus is the middle-child in the new S-series smartphone trio Samsung released earlier this month.

We used the Galaxy S20 Plus for over 10 days and here’s our take on this device. In fact, we believe this could very well be the most well-rounded smartphone of this year.

Design and display – perfect albeit boring

There is no doubt that the Galaxy S20 Plus is a well-made smartphone. The glass and metal combo do well to assuage the customer about the price tag.

It might be a bit bulky and large for the average consumer but never feels unwieldy. And the slight curve also helps with the grip. The Galaxy S20 Plus feels supremely premium to hold and does a great job of masking its size by having barely any bezels.

However, both the display and the rear panel can be best defined as ‘plain’ to say the least. The Galaxy S20 Plus comes in three colour options – Cloud Blue, Cosmic Black, and Cosmic Grey.

The phone also has a camera bump that makes the device uneven on any flat surface. While the camera module can be impressive for many, it just doesn’t stand out design-wise.

But, by keeping the design plain and boring, Samsung may have done a favour to its consumer base. Because the display – which is what most people look forward to in a phone – is the actual “wow” factor.

Samsung displays have always been at the top of the competition and that doesn’t change with the Galaxy S20 series. The S20 Plus comes with a 6.7-inch dynamic HDR10+ certified AMOLED display (3,200 x 1,440 resolution and a 20:9 aspect ratio).

The game-changer is the 120 Hz refresh rate. The only problem is that it maxes out at Full HD+ (2,400 x 1,080 resolution). If one wants to get the Full Quad HD+ resolution, they must scale back down to 60Hz. This has been done to conserve battery life.

Last but not least, the power button has been moved to the right side. In fact, Samsung has also combined the power and Bixby button, which can now be remapped.

The smartphone comes with a quad-camera setup. There’s a 12-megapixel wide-angle lens, a 64-megapixel telephoto shooter, a 12-megapixel ultra-wide lens, and a Time of Flight sensor as well.

It needs to be noted that Samsung has massively improved its ultra-wide 12-megapixel lens on the Galaxy S20 Plus.

The cameras support 3X hybrid optical/digital zoom and Super Resolution Zoom up to 30X. However, the 30X zoom capabilities seem a waste unless you are using a tripod.

The selfie shooter, nestled in a centre punch-hole – has a 10-megapixel lens.

Photos taken in the day are pretty good – probably the best on any Galaxy smartphone. The photos are crisp with a lot of detail and good highlights, even zoomed in. Samsung’s HDR also added a nice touch.

The Galaxy S20 Plus has dual pixel autofocusing capabilities built right into the sensor. The one complaint about this smartphone’s camera is Samsung’s processing that makes any face way too smooth, almost to an unnatural level.

The night mode is very impressive for a Samsung smartphone. It isn’t quite up to the likes of Huawei or Google but it’s pretty close. In rare situations, the smartphone can even take better pictures in low-light conditions with the night mode off rather than on.

Videos also came out well with the rear camera. The Galaxy S20 Plus can shoot 8K videos, but with almost no 8K TVs available, this is a pandering feature.

As we said before, one cannot fault the Galaxy S20 Plus in the hardware department. It has everything one would want in a smartphone.

The only negative is the iffy fingerprint sensor. The upside is that face unlock works consistently.

Samsung Galaxy S20 Plus has great haptics. The powerful vibration motors help with calls, notifications, and even with typing.

In the software department, Samsung has made great strides and that shows in the Galaxy S20 Plus. We cannot stop praising the new One UI 2.1, which is super customisable and has a system-wide dark theme.

On the S20 Plus, the bulkiness has been trimmed and the bloatware is noticeably less. The Edge Display is one of its best features, which offers quick actions like opening apps or checking one’s calendar and even quickly going through reminders.

The phone’s gesture navigation is not up to the mark but it can be fixed using Google’s default way.

Since the Galaxy S20 Plus is running Android 10, one gets access to Focus Mode in the Digital Wellbeing section, improved security permissions, Live Caption, and much more.

Now, get Alexa on your finger thanks to new Amazon Echo Loop ring

In India, the Galaxy S20 Plus has a 4,500 mAh battery. The 120 Hz display definitely takes a toll on the battery life of any smartphone. The battery was enough to get through a full day of medium-to-heavy usage. But, the problem was the Screen-on-Time.

With the 120 Hz display enabled, we got about 4.5 hours of SoT. With the display set to 60Hz, we sailed past the five-hour mark but not by much.

The Galaxy S20 Plus in India is fitted with an Exynos 990 vs the Snapdragon 865 in the US and a select few other markets.

The smartphone also comes with Wireless PowerShare (otherwise known as reverse wireless charging), 25W wired charging, and wireless charging. With the supplied 25W charger, the Galaxy S20 Plus could go from zero to 100 percent in just about one hour and twenty minutes.

Is the Galaxy S20 Plus the smartphone for you?

The Samsung Galaxy S20 Plus is a highly valuable device for anyone in the market for a high-end flagship smartphone from a trustworthy brand.

The ‘boring’ design aside, it comes with a top-of-the-line display, ample RAM, a brilliant camera setup, and a great processor.

At a price of Rs 73,999, one has to be absolutely sure they want a Galaxy S20 Plus before investing that kind of amount. We believe that Samsung has made one of the most well-rounded smartphones in the market today.

It may not be the best in certain categories – gaming and camera – but it ticks off every box in a modern smartphone.