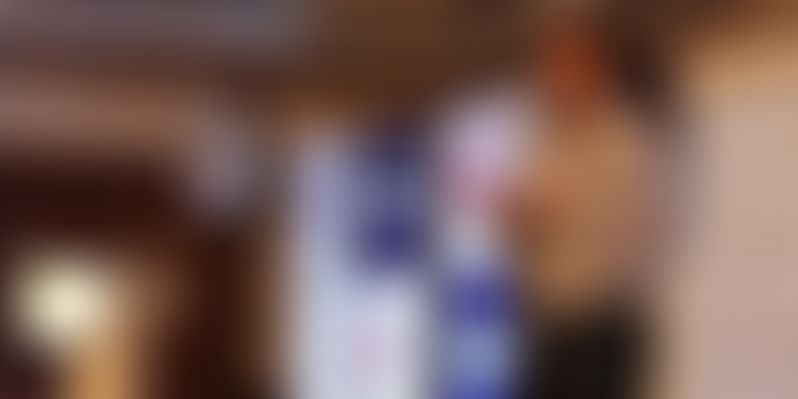 In this episode of Prime Knowledge series, Amit Somani, Managing Partner at Prime Venture Partners, talks about the tough times the startup industry is going through amidst the coronavirus outbreak, and how decision-making abilities can be highly affected.

The last few weeks have been fraught with tensions and turmoil across the world, thanks to the coronavirus pandemic and its impact on our personal, professional, and financial lives.

What exactly is the buzz around product-market fit all about? Amit Somani of Prime Venture Partners demystifies

Amit Somani, Managing Partner at Prime Venture Partners, says he is himself on an emotional roller coaster, whether to be in fear to not, to act or to lay low or to take the lead and help in whatever way one can.

He says, "As humankind, we have gone through innumerable ups and downs of a similar nature (similar not the same). I have personally witnessed the fear and paranoia during Y2K, 9/11 in the US, the SAARs epidemic, the 2008-2009 meltdown, and more. I strongly believe in the human ingenuity and the human spirit, so I do believe we shall get through this."

Amit went through his notes on some impactful books that he had read over the years on decision-making in the face of uncertainty. He makes notable mention of Daniel Kahneman's Thinking Fast and Slow, Annie Duke's Thinking in Bets, and Superforecasters by Tetlock and Gardener.

A lot of our decision making is highly dependent on our beliefs and our biases. Beliefs are the basis of our learnings, our past life experiences, and our general mental and personality make up (optimistic, pessimistic, detail-oriented, happy-go-lucky, etc.)

Biases are those traps that inadvertently creep in to make poor quality decisions. Last but not the least, irrespective of our belief or data, when confronted with a new situation, we need to evaluate what is relevant at the time.

Amit explains, "As Kahneman says, the human brain is very powerful and is good at making stories, often rationalising our beliefs. Most of the time, that's good enough to support reasonable action. However, during unusual or unfamiliar circumstances such as now, that is not sufficient and can lead to really bad decision making."

Further, since everyone else other than ourselves are also suffering from the same fear, uncertainty and doubt the problems are multiplied several-fold.

He also talks of five debilitating biases that seem to be compounding at the moment - what you see is all there is (WYSIATI) bias, availability bias, affect bias, resulting bias, and blind-spot bias.

Here are some tips to overcome these biases.

Pay attention to the base rate

Base rate data is a percentage of particular condition, outcome, or characteristic that has been objectively determined and reported. For example, the base rate of whether you may be struck by lightning in your lifetime is one in 12,000, and hence is very low.

However, if you live in a lightning prone area you may not think so. For example, for coronavirus, the base rate the percentage of deaths by age or country or other cohorts can be determined from the population.

The best forecasters in the world are defined by two primary attributes – the ability to update beliefs based on new diagnostic information and self-improvement and being a learning machine.

One simple exercise to try is to solicit and truly listen to evidence that goes against your belief system without prematurely dismissing it.

Think in probabilities and not in 'Black and White’

Growing up, from home to school, we are taught to be decisive and have 100 percent conviction in whatever we decide. However, the world we live in is inherently probabilistic and uncertain.

Economists say that both zero percent and 100 percent weigh far more heavily in our minds than the corresponding mathematical models would suggest.

We are subject to a resulting bias, which causes us to rationalise the outcome with our decision. Some of us can fall into the trap of hindsight bias, which states that after an outcome is known, we see the outcome as having been inevitable all along. Brexit, the 2016 Presidential Elections in the United States, are great examples.

In a few weeks or months, pundits will come out and say 'I told you so' about the outcome of the current crisis we are going through. The alternative here is to try pre-mortems, wherein you look forward and forecast why you have failed in the future. That will help identify the most obvious and simple pitfalls.

Imagine you are advising a friend

The hardest challenge with a lot of these biases is that even after you know them, you succumb to them. One simple hack is to pretend you are giving advice on a difficult decision to a friend.

Actually, visualise it, imagine it, or even do a mock. Just by virtue of stepping away from your own self, a better decision making framework will prevail.