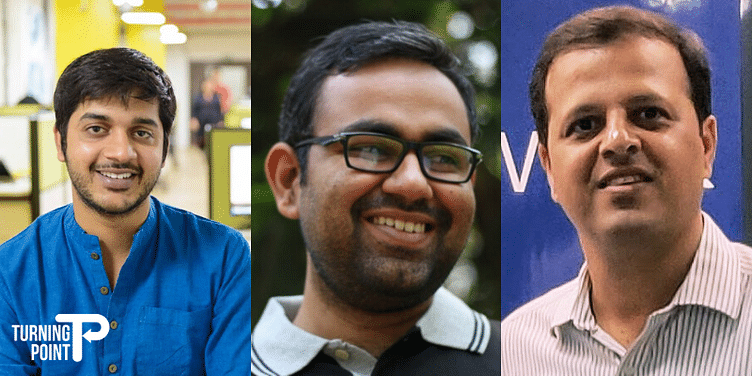 Turning Point is a series of short articles that focuses on the moment when an entrepreneur hit upon their winning idea. Today, we look at Bengaluru-based Masai School, a coding bootcamp that aims to bridge the skills gap and turn engineers into coders.

It’s no secret that India sorely lacks a skilled IT workforce.

NASSCOM has been vocal about the “urgent need to re-skill about 50 percent of India’s IT workforce, as demand for it in new technologies remains unmet”. With most Indian engineers graduating from premier institutes often unable to write a single line of code, the urgency – and skills gap – is growing.

The problem statement applies at both ends of the spectrum: supply and demand. On one side, India Inc. has a massive workforce that is not skilled enough; on the other, the workforce needs skilled employees, but there’s a dearth.

Prateek Shukla, the Co-founder and CEO of ﻿Masai School﻿, was in his third year of engineering at IIT-Kanpur and “passionate about education”. He even interned with Teach for India at that time.

Later, when he started up with online rental startup Grabhouse, he decided to sponsor the education of a few children, kids of his housekeeping staff. Grabhouse was acquired by Quikr towards the end of 2016. After the exit, Prateek worked with a real estate company called SPR Highliving in Chennai.

He quit that job and traveled to Tanzania. The need to solve the problems in education kept coming back to him, especially when he saw the state of education in that underdeveloped country.

Prateek tells YourStory, “What convinced me to solve this was the fact that me, Nrupul, or anyone who has worked long enough in the industry understands the capability required in an entry-level software developer. We also understand that this is a solvable problem, though it takes time, the right curriculum, and discipline.”

What does Masai School do?

Learners are enrolled for free at Masai School for the six-month, full-stack web development programme along with personality development and soft skills coaching. They can pay the course fee at a later date, after getting a suitable job, as the school operates on the basis of an Income Share Agreement (ISA).

Masai School, which presently has centres in Bengaluru and Patna, offers courses in Android development, full-stack development, and web development. The training model is divided into a total of 1200 hours of coding, 100 hours each of soft skills, math learning and data structures.

Prateek said, “The most important element around holistic development is that the student should learn certain soft skills. We wanted the right kind of person for that. Yogesh, who has been in the industry for the last eight to nine years, teaching sales performance training, and more, was the perfect fit."

The eleven-member startup received undisclosed seed funding from India Quotient and a few angel investors, including Sampad Swain, CEO and Cofounder of ﻿Instamojo﻿.

The first batch started at the ﻿ 91springboard﻿ facility on Hosur Road, Bengaluru; the 23rd week of the 24-week programme is on at present. The second batch started in August last year. While both the batches have graduated, the school is currently running its third, fourth and fifth batches in full-stack development and backend development.

Prateek regularly takes to Twitter to reveal the success stories of Masai School. The latest numbers show that the candidates have had a 7.7x hike in average salary, with the highest package at Rs 9 lakh per annum.