What should India do to thrive in a post-coronavirus world? 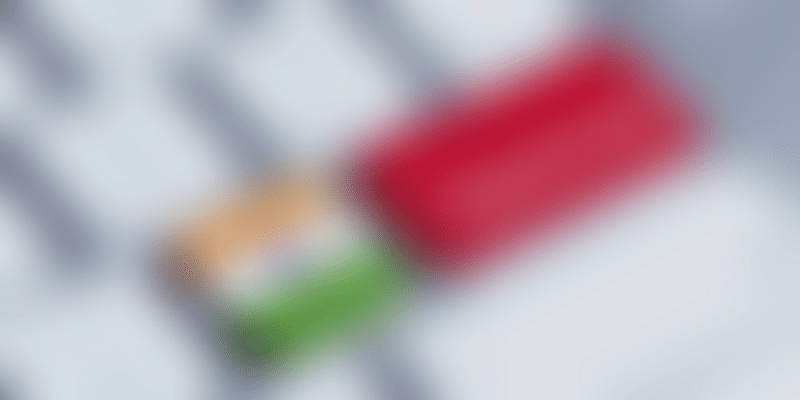 A look at how the current scenario is the right opportunity for countries like India to pip the West by building strong technologies and financial systems.

Back in 1944, more than one year prior to the end of WWII, the United States was not just focused on fighting a war. In a remote area called Bretton Woods located in the state of New Hampshire, USA, they had assembled representatives from 44 countries to finalise what a re-architected world monetary & financial system would look like. To be blunt, they were telling the attendees how the USA would run the world's financial and monetary system henceforth.

As this story demonstrates, a period of an intense world crisis can be a pivotal opportunity for a country that has the wisdom to plan for the future. For India, the coronavirus crisis could be a window of opportunity to re-imagine and re-architect prevalent systems that are not conducive to India's 21st century aspirations.

With China challenging USA's domination over global affairs, we can expect several years, if not a couple of decades, of volatile global geo-politics. The USA is playing the bipolar game of Us vs Them and they expect all the countries of the world to be allied either with them or with China. As one of the poles in the emerging multipolar world order, India must have a long-term strategy on the role that it intends to play in global affairs and being a stooge of either the USA or of China is not conducive to developing a strong and independent posture.

There are challenges and opportunities in India's relationships with the USA and China. India needs a strong partnership with China in order to wean the world away from the status quo WWII era finance and governance systems which favour the West. But, it also has to grapple with long standing border issues as well.

With the USA, things are a lot more complicated and tricky. On one hand, India will need expats' subject matter expertise if it is ever to fill the glaring gaps in its technology landscape. On the other hand, India will always be a junior partner to the USA because that's how the USA treats all of its allies, including its fellow Anglo countries with whom it has deep historical relationships and security partnerships.

With the treasure trove of Indians' personal data gathered through its pervasive high-tech giants like Google and Facebook, the USA is far better equipped to play a carrot and stick game with India.

It has taken China about 3-4 months to get COVID-19 under control and it will take another 3-9 months for the crisis to run its course across the rest of the world. It is still early days but the world's financial markets are all taking a beating of historical proportions already. Per metrics like national and corporate debt, the USA is in far worse shape than it was during the 2008 recession.

Meanwhile, India should not only handle the burning issue of getting the crisis under control but also maneuver itself to a position of strength coming out of the crisis period. This period of crisis and volatile global geo-politics is a once-in-a-lifetime opportunity and India should not squander it.

Essentials like food, housing, transport infrastructure and healthcare are default areas of focus for all Indian governments regardless of which political party is in power and this will remain true for another 20-30 years. But, when we are considering a multi-generational horizon, two items stand out — technology and finance.

Over the past decade, the Indian government has done the hard work of building support structures for innovation and entrepreneurship. This has, and will, continue to yield tremendous returns for India.

However, a lot of Indian innovation is in fact process innovation which is about adapting previously-existing solutions to the Indian market/consumer or on finding new domain areas that can be digitised for the masses. India has never caught up to the foundational technologies and platforms that power the digital world.

For instance, even though India is one of the largest consumers of smartphones, hardly any of the hardware components or the software that power the smartphone are made in India. Neither are cloud or cybersecurity technologies. India builds apps which are then bought by foreign high tech giants. They are the supply chain funnel that are additive to the might of the high tech giants.

The tremendous monetary loss from not having its own high tech giants and foundational technology companies is complemented by the loss of citizen privacy and vulnerability to foreign interests. The damage to India due to the exposure of private data of Indian politicians and other influential decision-makers to foreign entities is too high to quantify.

So, India should use this downturn and the inevitable ensuing boom to build, launch and expand its own versions of popular platforms like Facebook, Whatsapp, LinkedIn, Amazon, Netflix and Google. Further, it should launch a program to build indigenous startups that compete against foreign equivalents in areas such as the cloud, operating systems, microprocessors, anti-virus software and networking tools and components.

Finance is the other major area of concern because of two reasons. First, Indian startups and businesses are always looking for foreign capital. There is simply not enough investment from domestic sources. When business is good, foreign investors in the form of Foreign Portfolio Investors (FPI) and Foreign institutional Investors (FII) make a lot of money from Indian companies, but they are the first to pull out when the global markets experience a downturn. This, even though emerging markets have, and will, continue to outperform the low-growth "developed markets" for several more decades to come.

From the West's viewpoint, this is a case of heads-I-win, tails-you-lose scenario. If the West's financial markets begin to go south, the FPIs and FIIs investors ensure that the emerging markets' also go down. One has to wonder if these recurring patterns are choreographed by larger Western interests. Foreign Direct Investments (FDI) are not quite so volatile but since the multinationals get to hire the top Indian talent, this avenue is also more beneficial to the West than to India at the end of the day.

Regardless, India has to fix the money supply issue for the long term and stop being the West's pawn as it has been for the past several decades. India must ally with the BRICS and other influential G20 countries such as Saudi Arabia, Germany and Indonesia to decrease dependency on the US dollar. Oil & commodities trade and cross-border investments must happen and should be denoted in non-dollar currencies. Dollar-denoted FPIs and FIIs will then have a far less deleterious effect on the Indian economy.

Further, the government should allow startups to raise money with cryptocurrencies through an evolutionary path for both regulations and for technology. This approach will not only solve money supply issues for Indian startups but will also allow India and Indians retain more equity in the startups & companies that they build.

Emerging stronger in the new normal

If India doesn't take immediate and bold steps to change the status quo in these key areas of finance and technology, not only will it not be a Tier I country in the 21st century but it will also continue to be subservient to the West, as it has been for the past three centuries. Historic opportunities that are presenting themselves in today's moments of crisis will not be available once old patterns take root again.