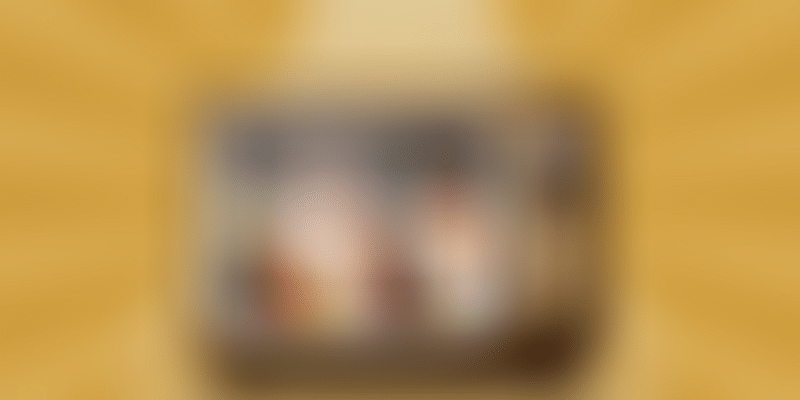 This week, we spoke to some passionate entrepreneurs and startups working to find solutions to the COVID-19 crisis in India. Take a look.

Chennai-based Garuda Aerospace is one among them. Founded in 2016 by Agnishwar Jayaprakash, the startup, which has built several agricultural drones, is now helping the government in drone-based sanitisation projects.

“We have drones for 38 different operations, which include sanitisation, agriculture spraying, mapping, industries, security, delivery, and surveillance. We have individual departments for manufacturing parts, importing parts from other countries, sourcing parts from domestic partners, foreign institutional R&D partners, an indigenous autopilot division, and finally an assembly line to bring out the finished product for testing and calibration,” says Agnishwar.

Did you know drones are also being used in mapping geo-spatial data during the COVID-19 crisis.

Drones were what science fiction was made of – always hovering around, and creepily spying on people. This was the case, at least until recently, when their usage became quite mainstream. From pizza deliveries to acting as a vigilante catching reckless drivers, there is hardly any sector today where drones are not proving to be of help.

But if there is one thing they can do better than anything else, it is capturing geospatial data. They are believed to be better than even a satellite. And this is what inspired Ayushi Mishra and Utkarsh Singh to start Drona Maps. Founded in 2016, Drona Maps helps capture reliable and robust geospatial data to create large-scale 3D maps from imagery collected through drones.

"We help create drone-based maps that have resolutions and 3D imaging capabilities at least 30-times better than satellites. We provide our clients with dashboards to track the development process of a large-scale construction site or infrastructure projects," says Ayushi.

Now, as the coronavirus lockdown has been extended for the second time, till May 17, let’s take a look at what people are doing in their homes during the COVID-19 lockdown.

Bizarre as it may sound, the coronavirus pandemic and the resultant lockdown has led to a lot of changes, normal and otherwise. Companies have ordered employees to work from home, Zoom has become the new conference room, malls and restaurants are all shut, and we’re all home – at all times. Unsurprisingly, people have more time to indulge in things they were ‘too busy’ to do earlier.

Cooking and baking have become personality traits with the likes of Dalgona coffee, banana bread, mug cakes, sourdough bread, and steamy momos lighting up our Instagram and Twitter feeds.

Now, talking about tech, how can testing of software be made faster? The whole process can be made more efficient and less time-consuming if it was automated.With the idea of helping developers and tech enthusiasts get their work done swiftly, Indore-based BuildPan was founded in January 2019.

The Product-as-a-Service (PaaS) startup serves as a Continuous Integration and Continuous Deployment (CI/CD) tool for developers, and uses artificial intelligence (AI) and machine learning (ML) based tools to automate the process of building applications. Additionally, BuildPan is also a blockchain-based marketplace, connecting freelancers with agencies or professionals.

While building an ecommerce platform, college friends Vaibhav Tiwari and Shantanu Sharma hired a freelancer to develop the mobile app.

“Initially it was challenging to get skilled resources. Once we did find a freelancer, working remotely while being transparent with the processes was another task,” Shantanu tells YourStory. What began as a WhatsApp group soon started getting traction, and is now a community of more than 2,200 freelancers and businesses.

Now, talking about WhatsApp, the Facebook-owned messenger is now being used by more than two billion people worldwide. Further, its use seems to have grown as a result of the COVID-19 crisis as more users are going online to stay connected with family, friends, and colleagues amidst social distancing.

But how often have you seen, “This message is deleted” on your WhatsApp, and burned with curiosity when the sender wouldn’t say what they deleted? If you were wondering if there is a tool that could help you see the deleted messages, meet WAMR, an application that has been trending in the top 10 on Google Play Store because it claims to let you see these deleted messages. WAMR has been downloaded more than 10 million times on the Play Store and has a rating of 4.5 stars. YourStory explores the app to see if it is harmless fun or a malicious security risk.

And finally, the COVID-19 lockdown has successfully managed to take people down the memory lane. DD or Doordarshan, the state-owned media in India, has made us revisit our collective past with the rerun of iconic shows from the 80s and 90s.

From much-celebrated adaptations of epics Ramayana and Mahabharat, to other mythological shows such as Shri Krishna, Uttar Ramayan, Vishnu Puran, and Chanakya, it has gone all out to entertain millions of people locked indoors.

In fact, Ramayan viewership is now being compared to that of the IPL, which is typically a trendsetter on TV and OTT platforms in India. However, Doordarshan has not restricted itself to these mythological shows. It has opened its entire closet of retro shows such as Buniyaad, Byomkesh Bakshi, Gora, Shah Rukh Khan’s Circus, late Irrfan Khan’s Shrikant, Shaktimaan, and The Jungle Book to its audience. In an in-depth piece, we take a look at how Doordarshan is rediscovering its glory amidst the lockdown.