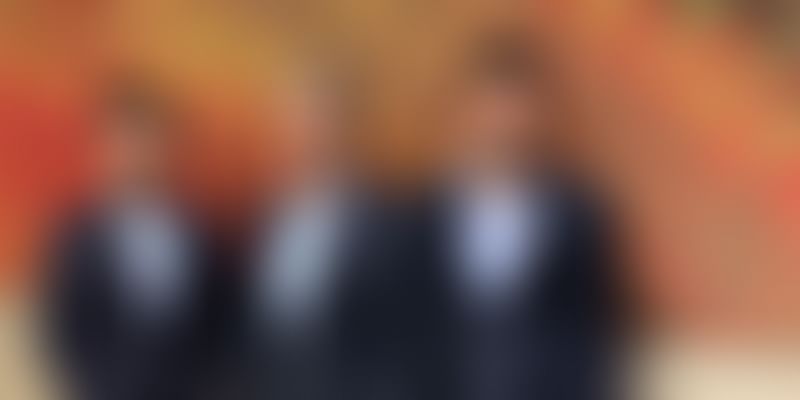 Anand Mahindra's quest for an Indian startup that values data protection started two years ago when the Cambridge Analytica-Facebook scandal broke out.

Anand Mahindra, Chairman of the Mahindra Group, came on board as a lead investor in Gurugram-based startup Hapramp. The company raised a seed round funding of $1 million from Mahindra.

The Cambridge Analytica-Facebook scandal which shook the social network and digital world two years ago brought to the surface challenges such as data security and data protection. Anand Mahindra, at that time, expressed his wish to help companies combating such concerns on Twitter.

Beginning to wonder if it’s time to consider having our own social networking company that is very widely owned&professionally managed&willingly regulated.Any relevant Indian start-ups out there?If any young teams have such plans I’d like to see if I can assist with seed capital pic.twitter.com/nBSkQk0hCp

The task to search for such a startup was given to Jaspreet Bindra, Mahindra's then Chief Digital Officer. Jaspreet is now the Executive Advisor and a mentor to the startup.

On what made Mahindra Group zero upon Hapramp, Jaspreet says, "Anand was looking at investing in an Indian startup that values data protection."

Took 2 yrs, but I finally found the start-up I was looking for! @Hapramp is indigenous, built by 5 young founders & brings together a best-in-class combination of creativity, technology & data protection. Look out for @gosocial_app their social networking platform. @j_bindra https://t.co/9mFwzjQXjF

After two years, the group shortlisted Hapramp - a startup working on technologies like blockchain and social media. The startup was founded in 2018 by five engineers - Pratyush Singh, Mofid Ansari, Ankit Kumar, Shubhendra Vikram and Rajat Dangi from Indian Institute of Information Technology (IIIT)-Vadodara - during the final year of their graduation.

Talking about GoSocial, Shubhendra Vikram, Co-founder and CEO of Hapramp, says the platform allows users to take creative challenges designed by photographers, artists, writers, and designers and get rewarded.

Speaking to YourStory, Shubhendra said, "We plan to utilise the funding for hiring more people in our tech team, invest in our marketing strategies and for expansion as well."

Currently, the startup is India-focussed but Shubhendra adds that they plan to expand in the south-east Asian countries soon and even explore the European market thereafter.

The company has registered 50,000 sign-ups on its platform. The platform aims to reach 100,000 sign-ups in the next three months and one million by the end of this year.

(Disclaimer: The article has been written with additional inputs added from the PTI)