Domestic violence and the Indian workplace: 5 things that you might not have known 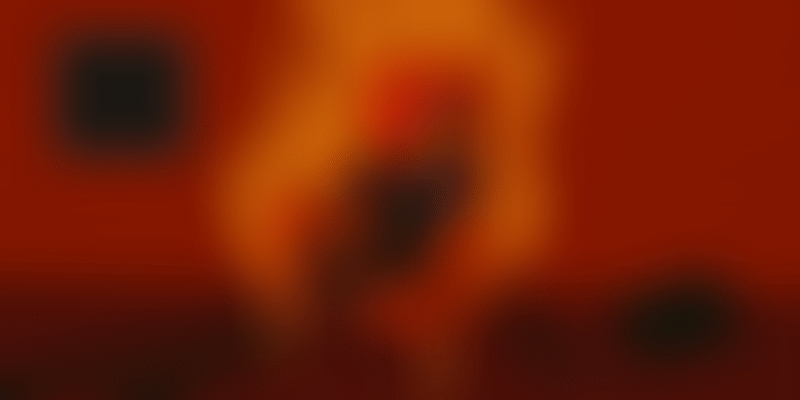 The lockdown that has arisen as a result of the COVID-19 pandemic may be making violence in homes more frequent, more severe, and more dangerous than before.

The Zoom call ended with her manager telling her to "stay safe and stay at home". She logged off, her hands trembling with fear. Stay safe at home? Really? She wished her manager, her peers, and her subordinates knew how unsafe she was feeling staying at home. That she was a victim of domestic violence — verbal abuse, emotional abuse, isolation, intimidation and threats, online stalking, and physical abuse. That, in her mind, the only way out was to tolerate or to perish — she was actively considering suicide.

The preceding narrative is not such an uncommon story. With the COVID-19 pandemic and the subsequent lockdown, there has been a surge in domestic violence cases around the world with the perpetrator and the victim locked down.

Some studies in France have shown a close to 60 percent increase in domestic violence calls. In Spain, the emergency number for domestic violence received 18 percent more calls in the first two weeks of lockdown than in the same period a month earlier.

The global context is scary and so is the story in India. Here, Indian helplines have also reported significantly higher calls for support. Recent data released by the national legal service authority reveals that 144 cases of domestic violence were reported in Uttarakhand, with many more reported in over other parts of the country.

Domestic violence - looking at the pandemic from a gender lens

Why domestic violence is a workplace issue

The Cambridge Public Health Department’s guide on domestic violence explains how a perpetrator can try to manipulate all facets of the victim’s life, including the workplace; a place where a victim may establish relationships away from the perpetrator and have an independent existence — escaping the perpetrator’s need for total control.

Higher self-esteem, comradeship in the company, financial independence, social support, benefits, and a salary can also counter a perpetrator’s goal of absolute power. Employers also bear the brunt of domestic violence in the form of reduced productivity.

Many victims of domestic violence do not talk about this “domestic” situation with their employers or even colleagues for the fear of jeopardising their employment. Others, embarrassed by the abuse, are uncomfortable talking to their employee about something so personal. Perpetrators of such violence, on the other hand, will hardly reveal such behaviour in public.

In spite of such resistance to disclosure and discussion, organisations need to recognise the effect of domestic violence on productivity, absenteeism, and safety of the workplace. It is a substantial problem that can affect not only the victim but also co-workers and supervisors of the victim.

While it is tricky to define the role of a workplace in this situation, there is no doubt that a business case definitely exists for why these conversations need to happen in the workplace.

It is time, therefore, to break the silence and get educated on this subject. Here are five things that you might not know about domestic violence and its impact on the workplace:

1. It is not just restricted to physical violence

Domestic violence is not a one-time event. It is an aggregation of a multitude of behaviours that forms a dangerous pattern. Verbal abuse, emotional abuse, isolation, intimidation and threats, stalking and surveillance, sexual abuse, financial control, spiritual abuse and physical violence all form a part of it.

2. It is not just "personal" and can impact the workplace

Companies may feel that this is a "personal matter" but it can impact productivity and performance significantly of an associate who is a victim of domestic violence. Research has found that between 23 and 54 percent of employed partner violence victims reported being absent from work because of the abuse, with between four and six percent reporting that this happened frequently.

Also, domestic violence can often find its way into the workplace, thereby impacting the overall working environment. There is also a very close link between domestic violence and aggression at work which needs to be understood.

3. It is not easy to escape

Many people wonder why victims choose to stay in a relationship when it is abusive. Well, it is not that easy to walk out. There are pressures — financial dependence, custody of children, and societal prejudices — which often compel a victim to stay in the relationship.

Most importantly, victims are often paralysed by fear and the ecosystem around them is not conducive for them to walk out.

4. It is fairly more common than you think

Often, many of us feel that domestic violence does not happen in and around us. It is restricted to certain populations and societal groups. This is far away from the truth.

As per the National Crime Records Bureau of India, reported incidents of crime against women increased by 6.4 percent during 2012, and data reveals that a crime against a woman is committed every three minutes.

5. It is not just women who get affected by it

Victims may be of any sex or any sexual orientation, but a clear majority are women. Power is what underlies the drive for violence. One in every four women and one in 10 men will experience domestic violence in their lifetime, according to the Centre for Disease Control and Prevention (Maurer, 2020).

What can you do as an institution, a workplace, organisation?

Domestic violence often occurs at home and might technically be seen as falling in the personal space of an employee. Hence, it is very important for an organisation to define its boundaries of participation. The fundamental principle being one of support, without being intrusive.

For a person facing domestic violence, the workplace can be a space where a victim finds support. Having policies, partnering with the individual in building a safety plan, and protecting pay and performance can help make a difference.

The most important step is to de-stigmatise and build awareness around this. Having said that, there are also boundaries that the organisation should understand and define so that it does not over-step or intrude in a given situation.

Diversity Dialogues, an organisation that works in the space of inclusion has come up with a guide that addresses questions on domestic violence, keeping the workplace perspective in mind.

Read this guide to better understand what you can do to support, as an individual and as an organisation. Let's come together to bring an end to this abuse. Download the guide here.