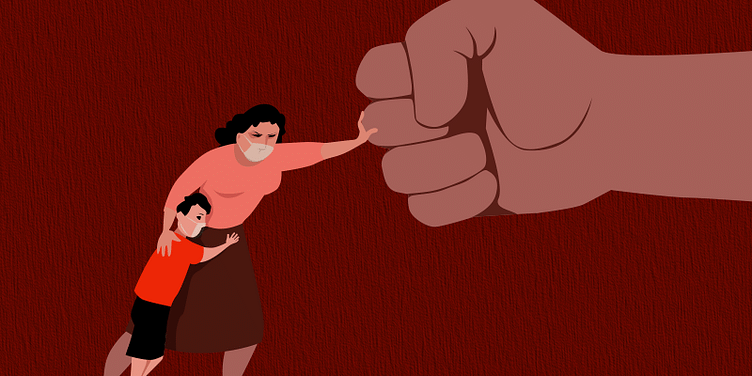 The coronavirus lockdown has seen an increase in the number of domestic violence cases as victims are now in close and continued proximity with abusers. We take the help of experts to understand the scenario and what recourse is available to victims.

With a number of countries under lockdown following the COVID-19 pandemic, what has startingly come to the fore across the world is the increase in incidences of domestic violence.

This surge prompted UN chief Antonio Guterres to make a frantic appeal this week. He said, “Peace is not just the absence of war. Many women under lockdown for #COVID19 face violence where they should be safest: in their own homes. Today I appeal for peace in homes around the world. I urge all governments to put women’s safety first as they respond to the pandemic.”

Closer home, in India, which is currently on a three-week lockdown, domestic violence cases have increased with husbands venting out their frustration on wives, who have no escape from their abusers, experts said in a report on PTI.

The report quoted Rekha Sharma, Chairperson, National Women’s Commission (NCW), who said, "The number has increased. Men are frustrated sitting at home and are taking out that frustration on women. This trend is especially seen in Punjab, from where we have received many such complaints.”

She quoted the example of a father who asked for help for his daughter who was allegedly being beaten by her husband in Sikar, Rajasthan. Most complaints also came via email, proving that the lockdown was not a good situation for women to be in.

Kirthi Jayakumar, Founder, The Gender Security Project, coder of the Saahas app and a women’s rights activist, explains, “The lockdown has definitely led to a spike in the number of instances of gender-based violence the world over. There are marked rises in countries like Australia (where someone I know reported a 300 percent increase in response to my tweet thread) and France, which has reacted beautifully by making distress calls actionable and by presenting a hotel as a shelter for women rescued from such violence. As it is in the non-lockdown world, the people targeted vary, and when seen through an intersectional lens, you can identify how multiple factors like caste, class, ability/disability, age, sexual orientation, gender expression work to increase vulnerability.”

Kirthi is aware of a number of cases, but is unable to disclose details because she believes even the slightest identifier can be devastating for survivors with reprisals and increased violence amid being cut from help.

“I can tell you that in two instances women received support from friends who took them in, and are now working on filing charges with legal help. In one instance, a trans person has been shifted into another location for the period of the lockdown.”

Donna Fernandes, Co-founder of Vimochana, Forum for Women’s Rights, an NGO based in Bengaluru, talks about an incident that happened recently when no shelter was willing to take in a woman who faced domestic abuse because they wanted to be sure she was not infected by the virus.

“It was very difficult but luckily someone agreed to keep her in the hospital for two-three days, and then they were able to check out that she was free from the virus. This is understandable, given the situation. In moments like this, it becomes very, very difficult for women who want to escape from a domestic violence situation.”

She says she has received five emails this week – three cases of violence from online abuse, one on domestic violence, and another a case of a landlord forcing a woman to pay rent.

“The trigger point is economics. A lot of people do not have the means to manage a square meal. All these will become flashpoints for destroying the harmony in the home, causing unrest; it is bound to reflect and manifest into domestic violence, and verbal and physical abuse.”

Donna also reached out to the HOD at Victoria Hospital who informed her that the intake of cases/admissions to the burns ward (burn victims of domestic violence) was less. This is not surprising, she says, because medical systems are already over-burdened.

“There was a woman (a burn victim) who needed an ambulance and we couldn't get it. They were just discharging everybody and they asked her to go to another hospital because they were turning into a specialised centre for COVID-19 patients. She was in the ICU for 25 days. Somehow we managed to find an ambulance and tried to find an alternative. It took us a long time because all government hospitals refused. This was in the early days of the lockdown, just two-three days into it,” she says.

Kirthi also throws light on the situation of women domestic workers who are now confined to their homes, most often with abusive family members.

She says, “In the few cases that I have seen, women have indicated that their husbands' inability to access alcohol has led to what seem like withdrawal symptoms, and more violence from the aggression therein. In households where women are breadwinners, the lockdown has led them not to work, and their salaries have not reached them. They face casteist and classist behaviour from their employers who either do not pay them or pay them with a delay - that delay in accessing financial liquidity and resources also makes them targets for violence at the hands of their husbands.”

Despite the severe strain on public services, especially the police force during this time, they have come forward to help, Kirthi says.

Though only a few women who reached out to her felt confident of reaching out to the police, most either called on lawyers or friends for the time being as they evaluated options before taking next steps.

“The two women I know who called on the police did receive support, especially in the form of information, willingness to file a FIR, and advice on what they can do. Neither of them have gone ahead with the FIR just yet; they have different reasons. But they did share that the police was supportive and acknowledged the impact. Both did mention that the police officers they spoke to were women,” she says.

Pune-based Psychotherapist Radhika Bapat tells HerStory that domestic violence is not limited by class. “My clients belong to the middle, higher-middle, and rich socioeconomic strata, but I don’t have their informed consent to share sensitive information, even on conditions of anonymity.”

According to her, this situation is much more complex than other times.

“In India, many of the victims are women, but several are girls. One must not forget the effects that violence has on children. The problem is not restricted to age, class, or caste despite its gender bias. It is extremely important for victims to share information with someone they trust.”

She suggests websites such as dasra.org, naree.com, aksfoundation.org, and helplines (NCRA-TIFR women’s cell) for help, and also online therapists who can guide victims to the right resources “provided they have the freedom to make that call”.

Radhika explains the process. “Usually therapists focus on educating the client about the cycle of domestic violence followed by identifying, challenging, and replacing self-blame with an understanding that the perpetrator is responsible for the assault. This is then followed by goading the client to collaborate on a written safety plan that details what actions will be taken to establish and maintain physical and emotional safety.”

Abuse can be of many kinds - physical, sexual, emotional, economic, and psychological. Given this, there is no “one-size-fits-all” model of therapy that works with everyone.

“Depending on your situation, it is very important to understand ‘physical safety first’. Do whatever needs to be done to protect yourself and your family from physical harm during this quarantine. This includes using distraction strategies to divert negative attention (such as a television). Extend a cry for help to organisations that work with abuse and motor through this period with social support and someone to talk to. Once the quarantine is lifted, evaluate your situation with an expert who can guide you through, to take actions that will protect you from future abuse,” Radhika says.

12 inspirational quotes by successful women to boost your work ethic