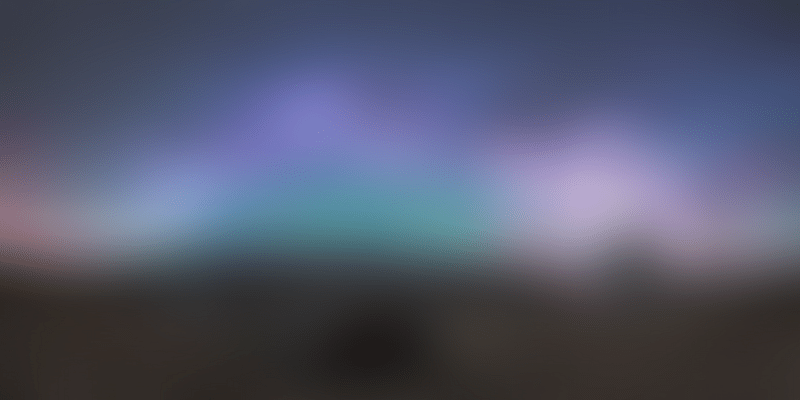 This photo-essay is a star gazer's delight. It showcases the creative combination of night-time rides in Ladakh with an astronomy enthusiast’s keen eye.

Each year, August 19 is celebrated as World Photography Day, a global exploration of the science, art, and craft of photography. See our 2019 photo-essay on the winners and finalists of the 62nd World Press Photo contest, and our compilation of 200 inspiring quotes on the art, mission, and impact of photography.

This year, we explore a new dimension: astrophotography, through the journeys and lenses of Bengaluru-based Navaneeth Unnikrishnan. The 27-year-old motorcycle enthusiast is also a passionate astrophotographer, with his works showcased in National Geographic and BBC Earth.

Sunsets and sunrises are popular settings for photographs, but the beauty of the night sky in between is another splendour altogether. From time immemorial, the night skies have fascinated our ancestors, giving rise to disciplines as varied as astronomy and astrology. Unfortunately, light pollution due to urbanisation has robbed most of us city-dwellers of the joys of starry skies.

Thanks to technology, astrophotographers have been able to unveil more of the mysteries of the universe – while also adding new pleasures for travel buffs. “Astrophotography is a peep into the past,” Navaneeth Unnikrishnan explains, in a chat with YourStory.

As a self-taught photographer starting with a basic DSLR camera, his passion for astrophotography was ignited by an accidental long-exposure of the Milky Way. He now explores deep-sky objects, ranging from nebulas to galaxies.

“I look for interesting foreground elements, then look for the direction the element is facing to see if there is a possibility for the Milk Way to rise behind it,” he explains, describing his creative process. He then imagines how that frame would look with the stars or star trails behind it.

Navaneeth says he is influenced by the works of artist-photographers Marc Adamus, Michael Shainblum, Ted Gore, and Chris Burkard. “It's their style of art that I love, the processing style, compositions, and unknown locations. They are very unique for me,” explains.

Over the past six years, his journeys have taken him to 21 countries. “Most of my biking is in the Himalayan regions, when I go around places at Spiti and Ladakh,” Navaneeth says.

He conducts three workshops a year: two at Spiti Valley, and one in Iceland. Last year, he also conducted workshops during Royal Enfield’s Astral Ride Ladakh, where a group of photographers-cum-riders are taken on a week-long guided tour of Ladakh and educated on the nuances of photography. During such tours, he rides the Royal Enfield Classic.

“Any location with less light pollution and no clouds is good for astrophotography,” Navaneeth says. In India, he mostly prefers the Himalayan regions; overseas, Australia, New Zealand, Bolivia, Canary Islands, and Hawaii are great.

“For me, success is as long as what I do makes me happy and helps me make a living, and as long as it doesn't make me feel like doing something for the sake of it,” he explains. Commercial success can open up pathways for more challenging and interesting projects.

Astrophotography is generally underappreciated in India, according to Navaneeth. “Many don't know that shooting the night sky beautifully is possible in India. Also, the night skies we shoot are long exposures that look way different from what we see with our eyes. This gives a perception that it’s not real to someone who is not into photography,” he adds.

He says there is always room for improvement with any art an artist makes – nothing is perfect. “For me, some favourite shots have been just a few pictures taken from Spiti Valley and Iceland,” Navaneeth recalls.

The shot in Iceland was all luck, getting the aurora borealis right at the time he visited. The Spiti Valley pictures required visits across three years, for continuous improvement. “Back in 2016, when I visited Langza, I had a frame in mind after seeing the Buddha statue with the Milky Way behind it,” he explains.

Since it was cloudy, he came back again on another trip four months later – but it was overcast again. “Then in 2017, it was all perfect! I shot the image I had in mind for a year. I was happy with it – until the images started appearing in magazines and calendars, where I noticed it wasn't perfect,” he recalls.

A closer look showed the faults in the stitches and little trails in stars making it imperfect for large prints. “So in 2019, I shot the same frame in a more detailed way, and I was happy with it – till a few months back. Every time I look at it, I find room for improvement on the shot. Hopefully another one next year,” Navaneeth jokes.

Unfortunately, travel plans this year are on hold due to the coronavirus pandemic. “This has affected me very much, it is probably the first time in the last four years that I am at home for this long,” he rues. He now spends his time processing old images, gaming, or watching movies and documentaries.

He also offers tips for aspiring astrophotographers. “Always carry a headlamp, scout the location beforehand, and make sure there isn't any wildlife at the spot you shoot,” he advises.

His equipment includes Sony A7RIV and Sony A7 cameras. “Skills needed are understanding the equipment’s limitations, and understanding what has to be done to overcome them. You also need good post-processing knowledge,” he adds.

Depending on the print size, material and effort involved, the prices for Navaneeth’s photos vary. But most of them start at Rs 12,000 for a small print, he says.

Navaneeth also offers tips for audiences on how to appreciate art. “To an artist, art is a medium of expression, be it visual or auditory. The approach to art is always going to be subjective, varying from person to person,” he says. Art appreciation for him is about soothing the eyes, exploring new avenues, and becoming happy.

Now, what have you done today to pause in your busy schedule and harness your inner creative core?