[Techie Tuesday] From building solar panels and games to an ecommerce unicorn: the journey of Zilingo’s Dhruv Kapoor 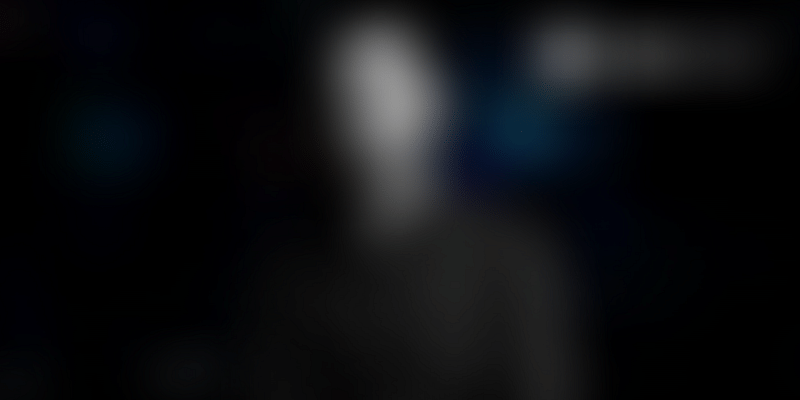 In this week’s Techie Tuesday, we trace the journey of Dhruv Kapoor, Co-founder and CTO of the Southeast Asian ecommerce unicorn Zilingo. From research to ecommerce, Dhruv believes technology has the power to expand every field.

There was a time when Dhruv Kapoor, CTO and Co-founder of the Southeast Asian ecommerce unicorn Zilingo, used to pull all-nighters to ship out the next code. Having been coding for the last 20 years, it came naturally to him.

"I used to write a lot of initial code. We were a team of around seven or eight people and would work on backend, frontend, web, dev ops and everything that was technology,” Dhruv tells YourStory.

This got him to spend time with people, lay the foundation of tech infrastructure, and helped him achieve a greater understanding in building the tech culture at Zilingo. Now, he has a team of close to 100 people who, he believes, are more than capable and much more equipped to handle the coding.

In the past five years, Zilingo, founded by Dhruv and Ankiti Bose, started its operations with a focus on creating a strong tech platform for all small retailers in Southeast Asia. Today, the company has operations in both Southeast Asia and India, with its tech centre based out of Bengaluru.

But Dhruv’s love for technology reared its head with his budding interest in science during the early years. “I loved reading about the universe, how to build a bridge, power generation, sustainability; anything to do with science piqued my interest. I would read encyclopaedias and books on science and literature, so technology just seemed like a natural progression,” Dhruv says.

A thorough city-bred child, Dhruv spent most of his childhood and younger years in Delhi, and later in Mumbai. His family had migrated from Pakistan to Delhi. His father used to work in the packaging industry, and his mother is a school teacher-turned-homemaker.

It was Dhruv’s early interest in science that got him to start coding when he was in Class V in 2000. “I had complete fun doing it. I didn’t think of it as any pivotal moment,” he adds. But it was something that Dhruv kept experimenting with and would write code for school projects.

Dhruv says he liked the idea of building different things.

“I had two passions when I was a child – science and literature. And I realised that there was a great aspect of storytelling associated with science. I felt it combined both my passions. And during Class XI and XII, the one place where people who loved science and technology gravitated towards was IIT,” he recalls.

In 2008, Dhruv got admitted to IIT Guwahati. He was keen on taking an elective that was broader and focused on science in a deeper sense. Thus, he didn’t want to take just computer science and so, he pursued electronics.

“I really enjoyed my four years at IIT Guwahati, and I started to like electronics and began understanding the workings of different systems. I got into research projects and I was lucky enough to get an internship at Ohio State University in 2008, under Professor Dr Ali Keyhani, where I got to work on solar panels, and battery and power storage systems,” says Dhruv.

That’s when he got interested and intrigued by the area of research. Dhruv adds that a mix of many people helped him further develop his skills. He attributes his skill development in those formative years to people with whom he could share ideas, professors who challenged and pushed the students to do their best, and a great set of friends.

But it was his love for research that made Dhruv realise the importance of computer programming and code to simulate what he had learned as theory. “I loved electronics but loved the code, and liked that more than the theory,” he adds. Thus, while he had the opportunity to continue in research, Dhruv chose to code.

Thus, Dhruv jumped at an opportunity to join Yahoo through campus placements in 2012. He says,

“It was a great decision. Shortly after I joined Yahoo in Bengaluru, I had the opportunity to present my paper on a solar panel simulator I had built in a panel in Croatia. It was the first time I was travelling abroad. I explored Croatia, loved the research and the challenge of it. I met several people and understood that research was really about people working on one problem for years. But I realised that I loved working on multiple problems. I just couldn’t enjoy going too very deep into one area. I loved working with people.”

Thus, until 2013, Dhruv continued working at Yahoo with the localisation team. He focused on powering Yahoo’s content across multiple languages, infrastructure systems, and bandwidths. This experience, Dhruv explains, came handy during his Zilingo journey.

The world of games

Wanting to look deeper into building tech and software, Dhruv joined Sequoia-backed gaming company Kiwi Games. By 2013, gaming had become popular thanks to Zynga’s FarmVille. During his two-year stint, Dhruv spent his time between Bengaluru and Palo Alto.

“It was a cool job! I led three different game teams and worked on games and data platforms. It gave me exposure to leadership, product decision-making, timelines, data analytics, experimentations, and different aspects of technology and gamification,” says Dhruv.

Besides working at Kiwi Games, Dhruv started collaborating with friends on different product ideas. They were essentially experiments but the experiences helped him get a deeper understanding of technology, and develop user empathy. It was also during this time that Dhruv learnt more about UX and UI.

In 2015, when he happened to meet Ankiti Bose through common friends, he had already built a few small solutions and was into building tech and product. When she explored the idea of Zilingo, Dhruv readily jumped in.

“We had very similar views on culture and team building, and brought complementary skillsets to the table. I consider myself lucky. I had worked at a large company like Yahoo, where I worked with complex team structures and high-end complex tech. At Kiwi, where everything was nimble and fast-paced, I learnt contrasting skill sets,” says Dhruv.

As of today, Zilingo has raised funding to the tune of $308 million, making it one of Southeast Asia's highest capitalised startups. With such a high infusion of funds, Zilingo falls under the coveted unicorn club. The platform works as a complete online operational and ecommerce platform for small retailer.

Dhruv explains why he felt the need for the startup to have a strong base in tech:

“One of the things I felt strongly about was building a strong tech infrastructure. I knew we couldn’t under-invest in technology as it would be detrimental to future growth. You need a product that is useful and not just useable, and for that data, product thinking, and underlining tech needs to be stable and foundational.”

Dhruv now focuses more on tech architecture, data warehousing, and automation. He says he spends a lot of time on strategy and data analytics. He is a part of strategy teams focused on the digitisation of supply chains. This is where his work experience at Yahoo’s localisation teams worked to his advantage.

Dhruv had realised that there was a need to build products that suited the local environment and needs.

“Initially, we helped merchants sell to consumers on the platform and were operating cross-country from day one. By 2017, we had teams across five countries. In these four-five years, we have evolved into an end-to-end supply chain enabler that lets brands, sellers, wholesalers, distributors, and factories come together to access financing, logistics, and everything that is a part of the ecommerce ecosystem,” says Dhruv.

While Dhruv believes that having skills and expertise are important for people to work with him, he also realises that nobody can answer all the tech questions. “What I look for is someone who has humility, can accept errors, and is hungry to look for different ways to approach a problem and build better products,” adds Dhruv.

He believes when it comes to senior hires, the understanding of tradeoffs is very important.

“These will become everyday decisions as you rise up the ladder. What is the right compromise you can make, what are the decisions and steps you took to reach your final decision, and what are the comprises? Empathy, I believe is also extremely important for all tech leaders. I have always believed it is important to view people uniformly. That displays a high level of integrity,” he adds.

Advising all techies, Dhruv says it is important to gain both depth and breadth of knowledge. This, he asserts, helps you add value to the things you build.