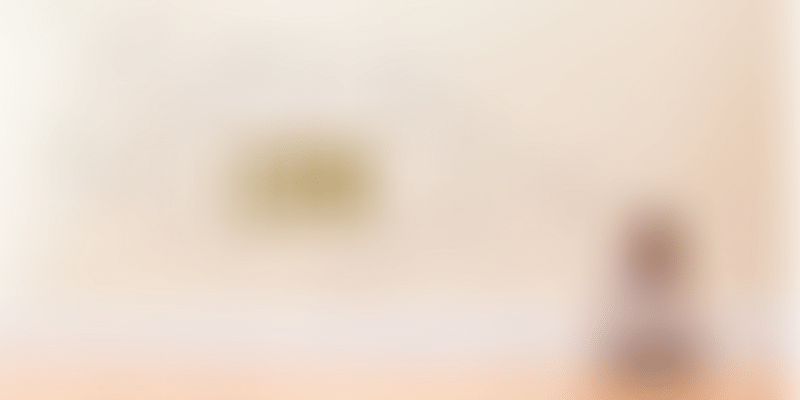 The new NEP has decided to teach coding as a subject to students from Class 6 onwards to make students ready for the 21st century. YourStory lists five such startups that are helping kids build their coding skills online.

With a new National Education Policy in place, the Union Ministry of Human Resource Development, now known as the Ministry of Education, has decided to teach coding as a subject to students from Class 6 onwards.

After 34 years, the new education policy will break through traditional learning methodologies, and adopt a holistic approach to create future generations that would lead the way to a new world of innovation and creativity.

Amidst the huge adoption of online education during the lockdown, many Indian edtech startups recorded massive growth. According to a report by RedSeer and Omidyar Network India, the number of users in the K-12 and post-K-12 segment had doubled from 45 million in 2019 to 90 million in 2020.

In the modern world of robotics and AI, coding maybe a new language. Learning to code at an early age helps children to visualise abstract concepts, and will also help with communication, creativity, math, and confidence.

Here’s a list of edtech startups that are helping students to learn the subject.

Launched in 2019, WhiteHat Jr offers artificial intelligence (AI) courses to children aged between six and 14 years. It aims to empower children to view themselves as creators, so they become frontier inventors of the new world.

Founded by Karan Bajaj, the edtech startup focusses on coding and has signed up over 700,000 students in just over a year. It is now eyeing global expansion.

All the classes are conducted live, with the teacher to student ratio of 1:1. In the next phase, it wants to roll-out a 1:2 model, which will reduce the student fees considerably and enable it to cater to a wider student base. WhiteHat Jr reported a $40 million revenue rate in just a year, growing 30-40 percent monthly.

The startup is seeing great traction from across India, including Tier-II and III cities like Balangir in Odisha, Sikar in Rajasthan, among others, with 50 percent of its consumers now coming from non-metros.

In September 2019, it raised $10 million funding in Series A round from existing investors Nexus Ventures Partners and Omidyar Network India. US-based Owl Ventures also participated in the round. It currently competes with edtech startups like BYJU’s.

Edtech startup Vedantu has launched ‘Vedantu Superkids’ in May to equips early learners between three and 12 years with coding skills. It also has a project-driven coding programme for students between the age groups of six and 12 years. The programme focusses on learning, as well as developmental outcomes, including cognitive, sensory, and linguistic.

Using state-of-the-art technology, Vedantu conducts sessions that are facilitated by a certified educator one-on-one on Vedantu’s live online learning platform. Vedantu’s certified educators across domains handhold the child in his or her learning process, completely personalising the experience.

Vamsi Krishna, CEO and Co-founder, Vedantu, said, “Through Vedantu Superkids, we are creating a series of programmes as stepping stones to achieve the larger objective of developing a strong foundation in children. Our teachers will take a 360-degree approach to teach children about life skills. Our pedagogy is unique, and all our resources are well researched, as well as scientifically developed, to meet all learning and developmental needs.”

Founded by Vamsi Krishna, Pulkit Jain, and Anand Prakash in 2014, the Bengaluru-based edtech startup claims that 25 million users every month from 1,000+ cities and 40+ countries access free content, tests, doubts, and videos on the platform and its channel on YouTube.

The platform will teach students how to create apps, websites, games, and other interactive platforms, using creative and playful experiences from their daily lives.

[Jobs roundup] If education excites you, try these openings at edtech startup Toppr

Toppr Codr will be leveraging advanced technologies, ranging from block-based to actual text-based coding platforms such as App Lab, Thunkable, Java, Arduino, and React Native, along with Python for ML/AI, among others.

Speaking about the new initiative, Zishaan Hayath, CEO of Toppr, said, “The 21st-century workforce will be way different from today. It will be centred on technologies that did not exist 20 years ago, and technologies that are yet to be created. Coding will be pivotal to this revolutionary change. With Codr, we take the ethos of Toppr —personalisation, great UX, and deep content — to create coding courses that are engaging, challenging, and fun.”

The startup is investing $6 million into Toppr Codr for hiring, operations, technology, and marketing, he added.

Anshul Bhagi’s fascination, as well as his lifelong tryst with coding, decided to bring the creative freedom he found in coding as a child, to other kids, and co-founded Camp K12 in 2010 along with his father.

“What engages children is the input and output cycle. Children have a short attention span, and the things that grab their attention are things with quick gratification loops. Of all the different types of engineering specialisations around, coding does that. It doesn’t use too many resources – all you need is a text pad and a phone or a computer, and a child can build a game, website, or whatever they want. The input to output gratification loop is tight,” said Anshul.

Camp K12’s uniqueness is derived from the way it teaches young children coding – more practically, rather than being theoretically, which Anshul realised was the best way to approach the subject.

Cayman Island-based edtech startup LeapLearner forayed into the Indian edtech market in February this year, with an office in Gurugram.

The startup has committed an investment of $10 million in India, and is now changing the way coding is taught to kids.

Launched in 2017 by Ami Dror, the platform claims to teach one million kids in over 20 countries with a majority between the age groups of five and 12 years. It has appointed edtech entrepreneur Rahul Ranjan to head its India division.

“Every child in the world, no matter what s/he wants to do or be - a basketball player, chef, lawyer, or author – needs to know how to code. The goal is not to become a genius, but to know because this is the only way in which you can interact with and create technology,” Ami Dror, Co-founder and CEO of LeapLearner said.

The platform makes it easy to code and see what you are doing. It is a big and complex learning system, and the curriculum was developed with teachers, based on inputs/feedback during training sessions.