How Pune-based Vendekin is using SaaS tech to enable a secure, cashless, and touch-free vending experience 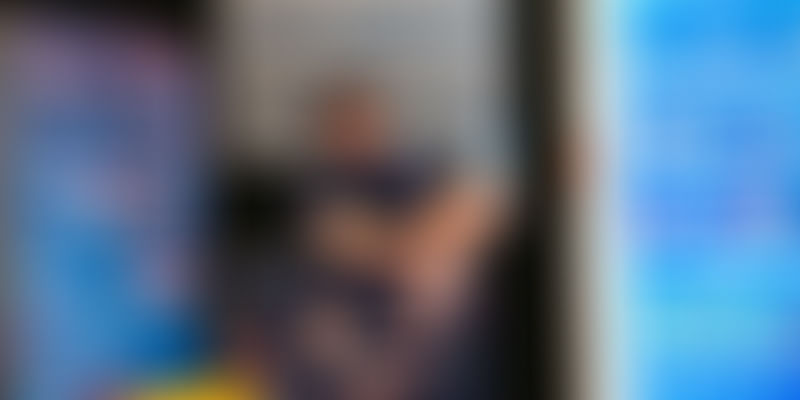 It is said that the first vending device was created by a Greek mathematician who invented a machine to dispense holy water in Egyptian temples. The first fully automatic vending machine did not appear until 1867, but they have become commonplace since then. Often seen in airports, malls, offices, and public places, they are most used to dispense food, beverages, toiletries, personal items, and more.

Founded in 2016 by Aroon Khatter, Pune-based Vendekin is looking to tap this growing market by enabling the digitisation and democratisation of vending with its patented technology for unmanned automated vending machines, micro markets, and self-service kiosks.

Vendekin, which aims to make the vending experience touch-free and cashless, is involved in retrofitting existing vending machines and partnering with vending machine manufacturers to include SaaS technology, which enables users to purchase the product via mobile app and make payments online.

Aroon says the problem statement for Vendekin has evolved over the years.

Earlier named Convipay, Vendekin began its journey by enabling digital transactions for sanitary napkin vending machines. On realising the lack of digitisation in the space, the startup was expanded to create an online software platform to ensure a single-point interface for users.

The name Vendekin is a combination of the words ‘vend’ and the Sanskrit term ‘ekin’ that means simple.

The founder and CEO explains that India lags other countries in the vending machine market due to higher capital investment, lesser transactions, and lower margins.

“Vendekin is retrofitting existing machines and bringing them on one digital platform. We are also partnering with manufacturing partners for factory integration of our technology with the machines,” he says.

He adds that the company has retrofitted about 2,000 vending machines across the country in the last 24 months.

Apart from this, the company - in partnership with manufacturers - has come up with two vending machines that are integrated with the Vendekin technology. These are HygieneVend and OmniVend.

Users can purchase products from the machines using a mobile app and ensure touchless dispensation and payment.

“COVID-19 has accelerated the need of digitised retail. Initially, it was a good-to-have but now it is a must-have. Several businesses are working with us to digitise their coffee-dispensing machines as people want to avoid touching them,” he says.

Mobile phone now an examination tool in the hands of doctors: Mfine CEO

Vendekin is currently working with Godrej, Hindustan Unilever, and Nestle to digitise their coffee machines. It also counts brands such as Coca-Cola and Yess Pizza as clients. The company works with multibrand vending machine makers such as Vendiman, InstaGo, and Grabbit among others for retrofitting their machines.

“We recently received three patents - two in the US and one in India - for our technology. We also recently launched operations in the UK and Dubai,” he adds.

Vendekin has 43 team members as of now. Explaining the business model, Aroon says Vendekin charges a one-time fee for retrofitting or factory integration of the technology, a SaaS fee for the application, and a small percentage of every transaction made using the machine.

“The one-time cost of retrofitting or factory integration depends on the size of the machine and can cost anywhere between $80 to $200 while the SaaS charges can cost somewhere around $2 to $10,” Aroon says.

Delhi-NCR-based GruBox offers similar services; it is building an ML-based vending kiosk that offers a range of food and beverages in office pantries and cafeterias.

The seed-funded startup is looking to retrofit at least 70 percent of vending machines across the country and expand further into the Gulf Cooperation Council (GCC), UK, and US markets.