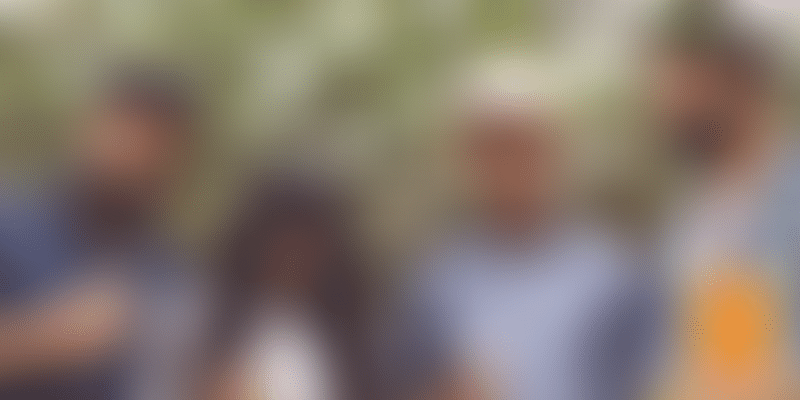 Nao Spirits & Beverages has two gin brands under its umbrella: Greater Than and Hapusa. The startup has recorded 400 percent rise in sales in one year.

In the last couple of years, India has had many home-grown brands ‘tapping’ into the ever-increasing demand for crafted beer. However, gin, which has not been very popular in India, has been steadily gaining acceptance among new-age drinkers.

Making the most of this trend, Anand Virmani and his wife Aparajita Ninan started Nao Spirits & Beverages in 2016. Nao Spirits claims to be India’s first craft gin company, and also one of the country’s first craft spirit startups.

The startup was initially founded in Delhi, although its distillery was set up in Goa. Over time, Nao Spirits shifted its base to Goa and it turned out to be rather an advantage.

“Goa is one of the friendlier states with an approachable excise office as well as a fantastic test market for our brands,” says Anand.

The startup has two gin brands under its umbrella -- Greater Than and Hapusa.

Anand, 32, has spent the last decade in the alco-bev industry. The BSc graduate from Babson College shifted gears to study MS in the Wine Business from Burgundy School of Business. Anand has earlier worked with William Grant & Sons, serving as the Brand Manager for Glenfiddich and Marketing Manager (Indian sub-continent) of Remy Cointreau.

Aparajita, 33, on the other hand, has worked with the creative teams of Penguin Publishing and Sesame Street India. The duo is betting on the growing excitement around the gin category across the world and the contrasting silence in India.

“It seemed to us only natural that a product rooted in herbs and spices should have its best expressions coming from India - ‘the spice capital of the world’. And yet, there was none. As bartenders and consumers of gin, we decided to do something about this,” Anand says.

With a small distillery in Goa, Nao Spirits has now branched out its distribution network to eight Indian cities and 14 countries across the globe. The startup has a subsidiary office in the UK.

The team has a team of 26 in India, and two in the UK. COO Abhinav Rajput is an alumnus of IIM Ahmedabad, and has earlier co-founded communications company Beam & Words.

How COVID-19 has affected the beer industry, reveals Kartikeya Sharma of AB InBev

Nao Spirits sources its bottles, labels, and a few botanicals from abroad. However, most of the botanicals, along with the neutral wheat spirit, are procured from various parts of the country and distilled in Goa, in a copper pot still.

The startup launched its first product Greater Than in September 2017, followed by its premium offering, Hapusa. Greater Than is a London dry gin. “It has been created to be a versatile and easy-to-love gin,” Anand explains.

It is a concoction of exotic important botanicals such as Macedonian Juniper Berries, Spanish Orange Peel, and German Angelica Root, along with Indian botanicals -- coriander seeds, ginger, and fennel.

“It makes a fantastic gin & tonic, which is not surprising of course, considering the gin & tonic was originally invented in India!” Anand says.

Hapusa, on the other hand, can be described as a ‘contemporary gin’. It is made in small batches with only Indian botanicals.

“The heart of this gin comes from the Himalayan Juniper Berries, which are completely unique in their flavour and aroma, giving the gin a bold earthiness, unlike that found in any other gin around the world,” Anand adds.

The word Hapusa translates to Juniper in Sanskrit. Some of the other botanicals that feature in Hapusa are mainstays in Indian kitchens - turmeric, raw mango, and cardamom, to name a few.

According to a report by Craft Drinks India 2020, the Indian alcohol industry is the third largest in the world, valued at $35 billion. Statista states that the Indian Alcoholic Drinks market generated $49,029 million in 2020 alone, and is expected to grow at a CAGR of 9.3 percent until 2023.

“Our company was founded to put India on the craft spirits map of the world. It aimed to create a segment in our country where none existed previously and provided the right tools to our budding bartending and service community,” explains Anand.

Some of the other popular gin brands across the globe include Bombay Sapphire, Tanqueray, Hendrick’s Gin, and Fitzgeral Gin, among others. Indian competitors include Stranger & Sons, Samsara, and Gin Gin.

Nao Spirits targets the young crowd for its Greater Than gin. “It is for people under 30 with most being in the first or second jobs and preferring to go out for a casual drink twice or thrice a week,” Anand says.

The price varies for both the gins from state to state, based on the differing tax and distribution structures.

The bootstrapped startup has received internal funding from friends and family. While the founders refused to comment on its revenues, the startup recorded a 400 percent growth in its sales in its first year.

Nao Spirits faced its greatest challenge in terms of distribution of the products.

Anand says, “This is a very challenging industry to operate in. The hurdles of setting up a facility is still pale in comparison to the challenge of opening up to new markets,” he adds. Opening up in a new market requires unique annual registrations, followed by their own SOPs.

The startup is now looking to raise funds to expand to newer markets across the country.