From Deepika Padukone to Katrina Kaif: These 5 Bollywood celebrities have invested in startups in 2020 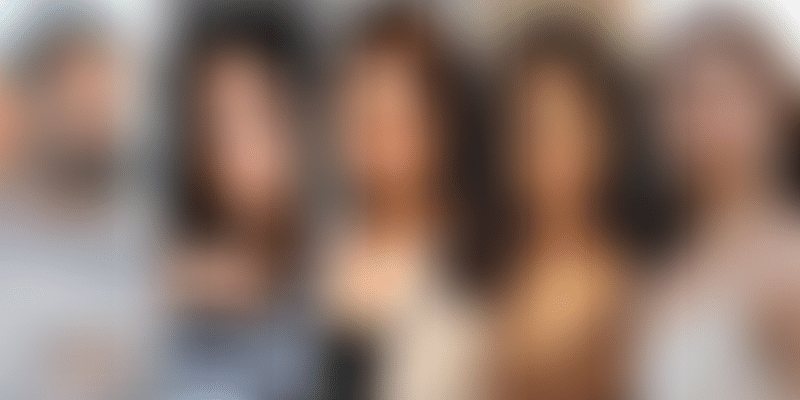 From Kajal Aggarwal investing in a gaming startup to Suniel Shetty investing in an edtech venture, YourStory looks at some of the recent investments made by Bollywood celebrities.

India has the third-largest startup ecosystem in the world, with the country boasting more than 20 unicorns. While venture capitalists, angel investors, businessmen, and high net worth individuals (HNIs) have been funding emerging startups, Bollywood celebrities have also been investing for the past few years.

Recently, Kareena Kapoor Khan announced that she has partnered with Instagram in a bid to support an Ahmedabad-based small business called myBageecha.

The latest to join the club is actress Kajal Aggarwal who has invested an undisclosed amount in gaming startup Okie Gaming and joined the company as a strategic partner.

YourStory looks at some of the recent star power investments:

Kajal Aggarwal, who has been part of Telugu, Tamil, and Hindi films, had made her Bollywood debut with the 2004 Hindi film Kyun! Ho Gaya Na.... Her first Telugu film Lakshmi Kalyanam was released in 2007. She has also starred in Singham, Special 26, and Telugu film Magadheera.

She recently turned into a startup investor by investing an undisclosed amount in Mumbai-based gaming startup Okie Gaming. According to an official statement, the actress-turned-investor has picked up 15 percent stake in the company.

Actress-turned-entrepreneur Katrina Kaif invested an undisclosed amount in omnichannel lifestyle retailer Nykaa in October 2020, through a secondary transaction. The investment comes almost a year after Kaif launched her beauty brand ‘Kay Beauty’ in partnership with Nykaa.

Kaif added, “I’ve always been an admirer of Falguni Nayar’s vision and having worked with the Nykaa team, and have first-hand seen their dedication towards offering customers the very best experience. Nykaa has opened new avenues for women to explore and celebrate their own unique idea of beauty and I am very excited to be a part of their growth journey.”

From cooking to doing chores, how B-town celebs stay busy during the coronavirus lockdown

The 27-year-old actress already has a minority stake in Mumbai-based fashion tech startup StyleCracker, and is also the face of two other popular brands – MakeMyTrip and Uber Eats. She has made a personal investment in lifestyle retailer Nykaa in October 2020.

Founded in 2012 by Falguni Nayar, the omnichannel lifestyle retailer claims to have over five million monthly active users and handles over 1.5 million orders a month, hawking over 1,500 brands and with over 1.3 lakh products available on its website, app, and stores.

Serial entrepreneur and actor Suniel Shetty has invested an undisclosed amount in the SAI-branded edtech venture Sai Estate Management and Skills Institute (SEMSI) in June 2020. Post the investment, SEMSI is estimated to be valued at around $80 million.

Speaking about the collaboration, Suniel Shetty said,  "SEMSI as a concept has taken my interest purely because of its wide range of offerings aimed at educating and building skillsets for the industry. Innovations and great ideas to create sustenance have always grabbed my attention. SEMSI is one such platform that will revolutionise the industry. I am certain that the association with a recognised brand like SAI will boost the prospects of SEMSI."

Over the years, his investment in startups has steadily increased. In the past few months alone, Suniel has invested in startups like Kochi-based Vieroots, a health startup; Fittr, a fitness app now backed by Sequoia Capital India’s Surge; and Pune-based fitness startup SQUATS, which is now part of the Y-Combinator.

Bollywood actor Deepika Padukone has invested in a seed round in learning and community platform FrontRow. The company today raised $3.2 million in the seed round led by venture capital firms Lightspeed and Elevation (formerly SAIF Partners), along with Deepika Padukone’s Family Office.

Commenting on her investment, Deepika Padukone said, “If there’s one thing I wish I had access to while growing up, it would be a platform like FrontRow, one that gives individuals access to abundant knowledge in non-academic fields and connects them to a community of peers and professionals in their field of interest.”

Deepika made her debut in startup investment in 2019, by making an undisclosed investment in Drums Food International, the parent company of flavoured greek yoghurt brand Epigamia.

Not just Bollywood celebrities but cricket stars like Yuvraj Singh and Shikhar Dhawan are also jumping the startup bandwagon and have invested in Wellversed and SARVA respectively this year.