[TechSparks 2020] Are you an Indian startup looking for opportunities in Europe? Read this 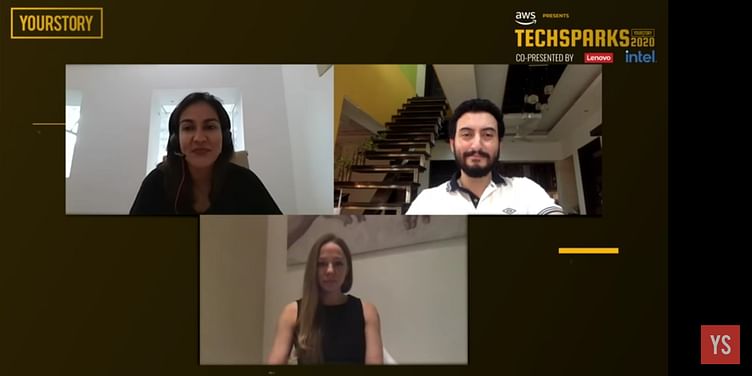 At TechSparks 2020, experts from Europe said there are multiple opportunities in the continent that Indian entrepreneurs and startups can tap into.

Indian startups going global is no longer a new phenomenon. Homegrown companies have begun to expand their footprints all over the world.

To try and understand the opportunities that exist for Indian startups wanting to engage and collaborate with Europe, and scale their businesses in the continent, we caught up with Leena Radjibaly, Trade Officer, Technology, Innovation & Service Department at the French Trade Commission, and Cecilia Oldne, Head of Innovation and Startup, Sweden-India Business Council, at the 11th edition of YourStory’s flagship event TechSparks.

Leena said, “I would say that the two innovation ecosystems (India and France) have a lot in common. I mean the two governments behind them are very dynamic in terms of pushing innovation and entrepreneurship, with dedicated policies with flexible legal frameworks.

According to her, several grants are available for any Indian startup that wants to explore the European market, especially France. “For instance, there are some sectors I would say that are key, and are actually interesting for India and France to collaborate in. One of them is cybersecurity; it makes a lot of sense even more right now. There is actually an agreement between France and India to work on the cybersecurity space,” she explained.

She added that France has “a lot of investment” in areas of science and research, which is definitely something India can take advantage of, and Indian talent is very much welcome to the country.

According to Cecilia, the fact that most Indians are well-conversant in the English language like the Swedes, who learn the language at an early age, makes communication and collaboration seamless and easy between the two ecosystems.

Automotive, life sciences, fintech, and gaming are the areas where entrepreneurs from both sides could explore collaborations, she added while stressing upon the importance of being part of ‘communities’.

“Being a part of a community, it's so important because then, it opens up the doors to so many different aspects and areas; so that's my number one recommendation,” she said.

There are specific forums and initiatives that Indian entrepreneurs wanting to explore opportunities in France and Sweden can look up. These include La French Tech, Sweden India Business Council, and Invest Stockholm, among others.

Sweden is often credited as being one of the most innovative countries in the world. Home to the third-highest unicorns per capita, it is often referred to as the ‘Unicorn Factory’.

“We want innovative ideas; we want to have more exciting companies coming in setting up business here and there is so much in India, and we would love to welcome more Indian companies to come to Sweden,” Cecilia said.

Leena and Cecilia both believe the European startup ecosystem can pick up valuable lessons from India’s resilience, diversity, and jugaad (a flexible approach to solve a problem using limited resources in an innovative way).

“It's interesting to see that large corporations in France are more and more interested in the resilient way of doing things…and they want to do more with less. They want to reuse some of the things, they have to innovate better.

So, I definitely think that (jugaad) is also something that India can bring to Europe. And there's a lot that Europe can learn from India because India has always been resilient and has always been able to see opportunities in restricted and constrained environments,” said Leena.

Cecilia pointed out that compared to India’s 1.3 billion plus population, Sweden is a far smaller country in terms of population — at 10 million — and far less diverse.

“We're born creative if we live in a country of 29-plus states and they're all different in their different temperatures, in different geographies, different religions, and different people. And that's something that I personally love, and you learn and you grow so much from that. There is so much we can learn from the creativeness, innovations, diversity, and the numbers that there are in India,” she said.