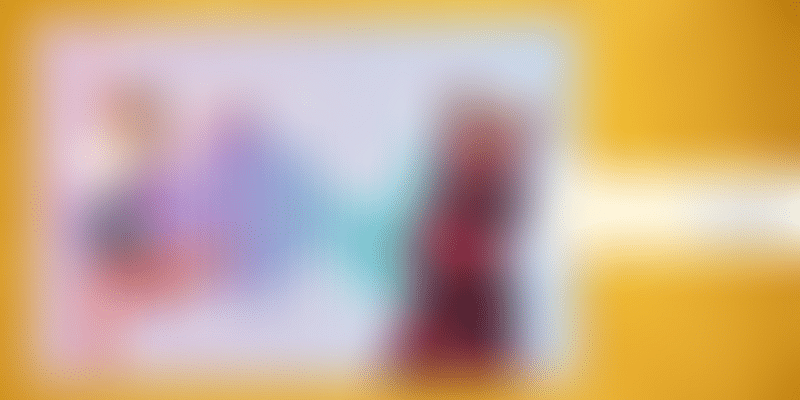 Serial entrepreneur Anshul Gupta has been in the startup ecosystem for more than a decade, having built and scaled three businesses, exited two of them via acquisitions, and launched his fourth venture (goFlatmates) in 2019.

goFlatmates used AI and data to help people find flats and flatmates of their choice from curated listings by room providers. It was “going well” until early 2020, when COVID-19 happened and the market completely collapsed.

“By May, we realised that COVID-19 is not a short-term thing and real estate tech was completely gone. So, we pivoted and restarted,” Anshul tells YourStory.

“Both Arpit [Mittal, co-founder] and I are parents of young kids, and the idea of Yellow Class came from our own lives,” he shares.

Yellow Class, an online platform offering free hobby classes for children between 3-12 years, was launched in June 2020 in the throes of the lockdown.

“This market was born due to the pandemic. You can call it a COVID baby. Online adoption was practically zero here. Kids aged 3-12 were watching cartoons or doing something offline. But after COVID-19, there’s been a massive uptake in all kinds of online classes.”

This edtech startup brings physical classrooms online, plans to onboard 500,000 students in 2021

There are over 30 instructors who are taking 50-odd programmes on Yellow Class. Each class duration is 40-50 minutes, and is attended by 2,000+ kids.

“We are a 100-percent product company. We do live hobby classes as a product, and not a service. This means customers aren’t billed by the hour. It’s a Netflix-style offering where they can access as many classes as they want for a fee. That makes the whole proposition extremely affordable. We give them 10X the coverage at 1/10th of the price of usual edtech offerings.”

“We are clear that we’re building for middle-class India that cannot afford Rs 5,000 per month to take an online class. Anybody who can afford a 4G connection with 2GB data per day is our customer,” he adds.

The Gurugram-based startup’s mission is to help 50 million mothers get access to world-class extracurricular learning for their kids over the next five years.

Yellow Class claims over 25,000 kids took its classes in December — the highest traction it has seen since launch. Art and Bollywood dance classes have been the most popular so far. GK too is seeing strong demand from parents.

The startup claims to have organically expanded to a community of 2.75 lakh mothers from 50+ countries, with the highest growth in India and the Middle East. Over the next one year, it will offer up to 600 courses on its platform.

The founder elaborates, “Our early growth has been fuelled by strong referrals from mothers. Every mother is a part of three to four WhatsApp groups where she engages about her kid. That is where we want to go and build a good reputation. Month-on-month growth is in double digits, and we’re seeing strong retention among kids.”

All classes on Yellow Class are free right now, but it plans to introduce subscriptions after its next fundraise in the coming months.

“Since we are doing classes as a product, the monetisation playbook is straightforward and has already been set by Unacademy,” says the founder, adding, “You start as a free offering and then bring in the paid models.”

Why this Deepika Padukone-backed startup is targeting hobby learning, edtech's next big thing

In November, Yellow Class raised $1.3 million in a pre-Series A round led by India Quotient.

Marquee angels, including Kunal Bahl and Rohit Bansal of Snapdeal, Alok Mittal of Indifi, Maninder Gulati and Abhinav Sinha of OYO, Vivekananda Hallekere of Bounce, Alwin Tse of Xiaomi, Dhruv Agarwala of PropTiger, Pallav Pandey of Knowlarity, and Harpreet Singh Grover and Vibhore Goyal of FirstCheque also participated in the round.

It will utilise the funds in product development and expansion, and growth in Tier-II and III towns over the next six months. By the end of 2021, it plans to have at least one million kids learning on its platform.

Gagan Goyal, Partner, India Quotient, said at the time of funding, “Yellow Class witnessed quick success and has grown a huge community of parents both nationally as well as internationally. The growth of the platform is organic with mothers referring to other mothers. Deep insights on the kids’ requirements and parent’s behaviour have been crucial for its growth and popularity.”

Yellow Class competes in the online hobby learning space with the likes of Kiddopia, Geek Express, Hellosaurus, Bambinos, simpleclub, Kyt, and others.

Overall, ‘Toys, Hobby, and DIY’ is projected to become a $7.8 billion industry by 2025. The space is nascent, but growing rapidly.

Anshul sums up by saying, “Extracurricular learning is a longtail space. The offline market is driven by supply, but online is driven by demand. Hence, the quality, depth, and pricing of offerings will always be superior.”