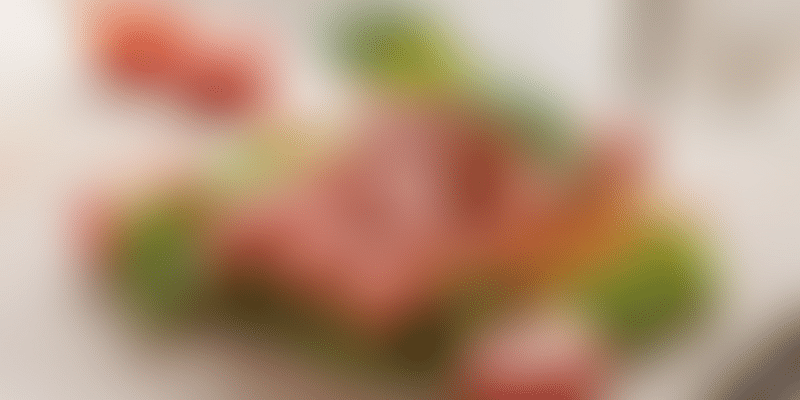 Gurgaon-based startup Meatigo delivers farm-fresh meat and cold cuts to your doorstep within 120 minutes of ordering. It has gained 1.5 lakh users in three years.

Meatigo was born out of founder Siddhant Wangdi’s quest for quality meat in India.

After a four-year stint at Tata Administrative Services (TAS) that took him to Thailand, Singapore, and other countries, Siddhant was exposed to quality meat products. When he returned to India in 2016, he was “horrified” to see the lack of hygiene and safety standards in the way meat was procured, stored, and sold in the country.

Even supermarkets let him down with their inadequate infra for meat storage.

Siddhant tells YourStory, “The guiding principle in the meat industry is temperature control. There was no concept of that in India, with 90 percent of the meat sourced from wet markets and mandis. Supermarkets had less focus on meats as a category and I wasn’t getting the range I was looking for.”

Further research on the consumer side revealed that the demand for meat (and non-vegetarian food) was growing significantly in India due to an expanding middle class, higher disposable incomes, and increased awareness about international food. But, the supply side was failing to match up both in variety and quality.

In late 2016, Siddhant decided to fix this gap.

He founded Meatigo as an on-demand meat and seafood delivery platform that ensures quality, variety, safety, and hygiene from farm to fork. Not only that, it also offers a wide range of residue-free meats and fresh cold cuts to Indian customers.

Meatigo began operations in 2017 out of Gurgaon, where it is headquartered, and expanded to Delhi-NCR, Mumbai, Pune, Bengaluru, Hyderabad, and Kolkata over the next three years. It is slated to launch in Chennai in a few months, and plans to enter “any other city where there is demand for quality meat”.

In the last quarter of 2020, Meatigo also introduced a special festival menu to cater to stuck-at-home foodies, and also make the most of the surging demand for healthy, farm-fresh products in the aftermath of the pandemic.

Founder-CEO Siddhant says, “We wanted to create a one-stop destination to cater to every kind of meat lover in India. We launch four to five new products every month, and hive off products that don't sell. We are fully focused on customers, and they want something similar to what they would get at a restaurant.”

All products are delivered in chilled condition within 120 minutes of ordering.

“We knew we had to own the entire supply chain. It allows us to maintain the temperature and hygiene throughout the supply chain. Meat is very sensitive, and we don't want our customers to get sub-standard products,” Siddhant explains.

“My wife’s family was in the processed foods business for years. That really helped us with supplier contacts and knowledge on cold chain infrastructure,” he adds.

Meatigo is an online-only direct-to-consumer (D2C) brand. Its products don’t sell at supermarkets or online grocery stores. Even though the startup has delivery tie-ups with food aggregators like Swiggy, Zomato, and Dunzo, almost 95 percent of its orders come through its own app and website, according to the founder.

Meatigo also has no plans of entering the HoReCa segment (hotels, restaurants, cafes) at least for the next one or two years.

“The focus will remain on our own platform. We don’t want to go to supermarkets because those have infrastructure restrictions, and we can’t compromise on temperature controls. We want to focus on D2C, invest in better products, and grow our online platform. We have been able to build a loyal customer base through word of mouth.”

Revenues have grown 3X over the last financial year. Meatigo hopes to turn profitable by the end of FY21, and hit a Rs 100-crore turnover by FY22. “We operate in a nimble way and the focus has always been on the bottomline,” Siddhant states.

Meatigo has also tied up with sausages and cold cuts manufacturers like Prasuma Meat and Delicatessen that have pioneered the chilled deli meat segment in India.

Bootstrapped Meatigo has grown through internal accruals so far, and is looking to raise its first external funding in 2021.

The startup believes that it has “barely scratched the surface” of India’s meat delivery market that is estimated to be $60-70 billion by 2022-23. It is also the world’s second-fastest growing market for processed meat and poultry, as per studies.

But, a lion’s share of India’s meat retail is unorganised, and happens through local butchers. Organised on-demand meat delivery platforms like Meatigo, Licious, FreshtoHome, TenderCuts, EasyMeat, ZappFresh, and others have captured only 1 percent of the market.

So, the opportunity to grow is massive.

Siddhant says, “We have gone wherever the demand is. And contrary to public perception, the demand for non-vegetarian food in India is quite high. With higher disposable incomes, people are getting more experimental with meat beyond chicken. Hence, we see huge demand for pork and pork products.”

While the market is cluttered, Meatigo believes there is a “lot of scope” for multiple players to co-exist and grow the organised meat delivery segment in India.

After COVID-19, even local brands are going online; there are new entrants from the restaurant space too. “More players help in educating customers,” says the founder.

Siddhant sums up Meatigo’s journey by saying, “We knew we couldn't survive selling just raw chicken and fish. Innovation and quality products have been our USP. And now, consumers are educated and demanding good meat.”