A Made in India contender for WhatsApp 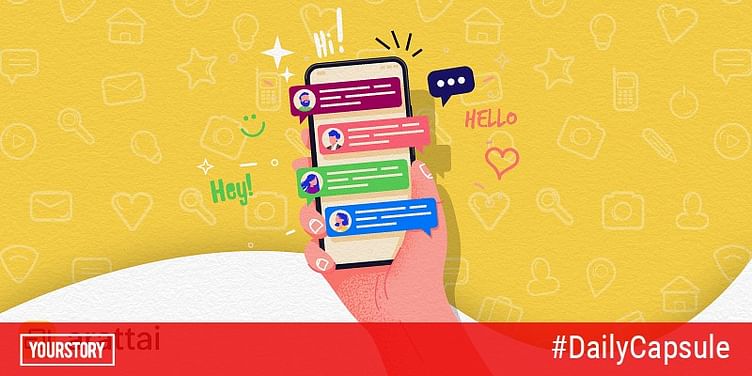 On January 10, Zoho Founder Sridhar Vembu had tweeted that his team is working on a Made in India instant messaging app - Arattai.

Ever since Facebook-owned WhatsApp released a privacy update to its users a month ago, the move has drawn the ire of many users across the world, including India.

On the back of growing concerns about WhatsApp’s privacy policy, rival messaging apps such as Telegram and Signal saw an uptick in the number of downloads on both Apple and Google's app stores.

Closer home, India’s very own Made in India instant messaging app — a new B2C app by Zoho called Arratai, meaning chit-chat in Tamil — has picked up significant buzz, crossing 50,000 downloads on Google Play Store even before its formal launch.

On Jan 10,﻿Zoho﻿ Founder Sridhar Vembu had tweeted that his team is working on a Made in India instant messaging app.

We explored the app and its various features to see whether it is a promising contender. Read our App Review here.

Spoiler alert: Even though Zoho has announced that Arattai will be more than a messaging app, only time will tell if it can emulate the mass reach that WhatsApp enjoys.

Union Budget 2021 evoked high expectations, especially from the agri sector as the country is still coming to terms with the new Farm Laws that were introduced last year. Arya Co-founder Prasanna Rao and Stellapps' Ranjith Mukundan say that the Budget continues with the pace of reforms, with measures like improving infrastructure, introducing agriculture cess, and increasing agri credit access.

India is home to one of the fastest-growing startup ecosystems, and despite the coronavirus-led economic slump, investor confidence remains high. With SEBI's proposed changes to its Innovators Growth Platform (IGP) framework and the Companies (Amendment) Act, 2020 likely to encourage more startups to go for IPOs, tech IPOs like Happiest Mind Technologies and Route Mobile have already made stellar debuts on the Indian stock exchanges. Read more.

For Amit Sinha, the former COO of ﻿Paytm Mall﻿, starting from scratch has never been a thing to fear. After working for the fintech decacorn for over a decade, he launched "fintech-powered" agritech startup Unnati in 2019. Unnati aims to empower farmers and enhance their productivity by making technological interventions to improve every stage of a farmer's crop cycle. Read more.

"I firmly believe that we have to build from the ground up — rather than bringing people to the cities to build tech, we have to take tech to their doorsteps to help them build.”