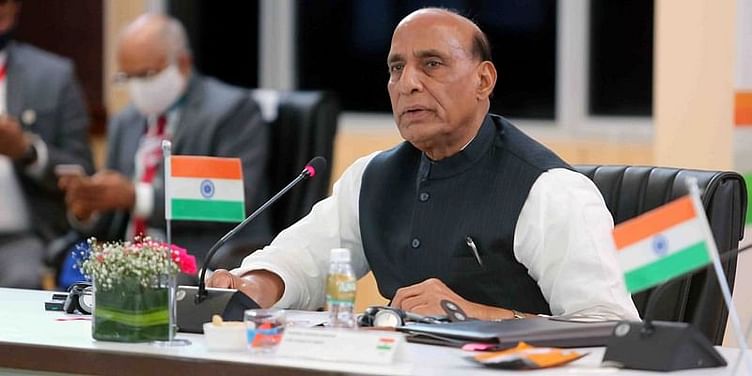 Hinting at increasing iDEX grants, Rajnath Singh says self-reliance in defence manufacturing is crucial. He revealed that the government is aimed at bringing down defence imports by at least $2 billion by 2022

While addressing the audience during the ‘Startup Manthan’ event organised on February 5, the defence minister said that he 'felt the amount awarded to iDEX startups was "less"'. He revealed that he discussed the issue with Chief of Defence Staff General Bipin Rawat and hopes for it to be increased.

“Attaining self-reliance in the manufacturing of defence equipment is a crucial factor for maintaining India’s strategic autonomy. The iDEX initiative stands out as one of the most effective and well-executed defence startup ecosystems created in our country,” said Defence Minister Rajnath Singh.

He also explained that the government knows that startups are new entrants in the defence manufacturing sector and thus, they require that extra push. In order to achieve this goal, the government is taking steps to encourage partnership with private players.

“Our commitment is to ensure that technologies developed by the startup ecosystem act as force multipliers to the Indian military’s operational and combat capabilities,” he adds.

While speaking at the event, Defence Minister Rajnath Singh revealed that the government is aimed at bringing down defence imports by at least $2 billion by 2022. He added that between 2016 and 2019, around 138 proposals worth over $37 billion for domestic manufacturing were approved.

In a bid to encourage local production of defence technology solutions, the Ministry of Defence in 2018 earmarked Rs 500 crore to encourage MSMEs and startups through its iDEX initiative.

“iDEX Open Challenge initiative creates opportunities for innovators to propose ways for harnessing their technological capabilities to strengthen our nation’s military capability. Anyone with an idea that can be used in defence and aerospace can apply under this initiative,” he added.

“We have signed 128 MoUs, 19 ToTs, 4 handing overs, 18 product launches, and 32 major announcements, totalling a grand figure of 201 feats. Further, 45 MSMEs participating in Aero India 2021 have already bagged orders worth Rs 203 crore. This is a major achievement,” he said.

The defence minister added that Startup India programme was launched in 2016 with an aim to harness the young talent, the spirit of innovation and entrepreneurship.

"Startup India was based on three major pillars - (a) simplification and handholding, (b) funding and incentives, and (iii) incubation and industry - academia partnerships. The programme today has an ecosystem of more than 41,000 startups and 4.7 lakh jobs reported by them," he adds.

Defence Minister Rajnath Singh revealed that about Rs 4,500 crore has been invested in 384 startups through "Fund of Funds scheme."

"In such an ecosystem, it will not be an exaggeration to say that our economy is soon going to be driven by these startups," he adds.