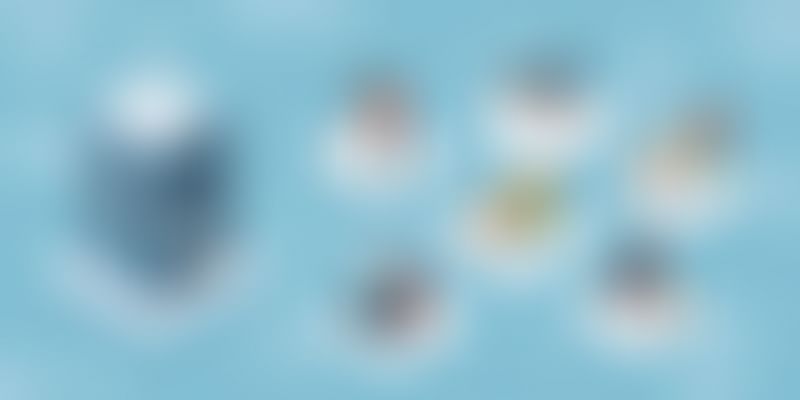 Even after one year of working remotely due to the coronavirus-led lockdown, India does not seem to want to go back to the office any time soon. Hybrid working and closer-to-home workspaces are here to stay.

Almost exactly a year ago, COVID-19 was declared a pandemic by the World Health Organisation. And then the unimaginable happened. Companies immediately shut their offices and employees were asked to work from home (WFH) indefinitely.

While, initially, many employees and employers thought remote working would end with the passing of the pandemic, companies now believe otherwise.

San-Francisco based UserTesting, a platform that provides human insights, recently revealed that 65 percent of global professionals continue to work remotely even today.

The benefits of remote working are many — for both organisations and their employees. For employers, there are no fixed costs, globalised recruitment, and the option to hire from anywhere. For employees, WFH means working from the comfort of your place of choice, no commute time, and increased productivity.

While the distribution of vaccines does bring some hope, the sudden recent spike in the number of daily COVID-19 positive cases in some of states is hinting towards a second wave. The workforce is not returning back to the offices anytime soon.

2020’s events have pushed companies and startups across the globe to undergo disruptions to suit the ‘new normal’. Earlier, YourStory wrote about how the future of work in the new normal would be hybrid, flexible, and productive. This time, we speak to industry leaders to know if they are ready to go back to offices, and what lies ahead in the future of work.

No to office, yes to co-working

Until last year, executives and corporates shunned the idea of working from home. Their concern was that not working in an office-like environment would decrease productivity. However, the nationwide lockdown proved that the absence of commuting, fewer coffee breaks, and no water-cooler conversations actually shot up productivity.

Pivot and Persist: How coworking startup Awfis is replicating office at home

According to a report by Harvard Business Review, tip organisations have seen productive time increase by five percent or more. However, many others, who have been struggling to manage to work from home, have opted for co-working spaces.

Vineet Singh, Head of Brand and Marketing at WeWork India tells YourStory, “After spending most of 2020 inside our homes, we have observed a rise in demand from the workforce across businesses to get back to the office, and restore a sense of work-life balance. All this clearly indicates the increasing adoption of flexible working styles that cater to evolving office space needs of large companies and individuals alike.”

Delhi-NCR headquartered coworking aggregator Stylework, which includes platforms including CoWorks, Regus, Innov8, Spring House, and Gohive among others, has started recording an increase in the number of seats occupied. Founder and CEO Sparsh Khandelwal says,

“Across locations, we have experienced a rise of eight to 48 percent in the last six months.” Stylework currently offers 1.5 lakh seats across 800 locations. It services 120-plus corporate entities, and over 3,000 freelancers and startups.

Sparsh further reveals that Stylework was operating at a 75 percent capacity pre-pandemic, and it dropped to eight percent once the nationwide lockdown was lifted. However, at present, 48 percent of its partnered workspaces are occupied. “Gurugram and Bengaluru have experienced the largest footfall at Stylework’s workspaces,” he adds.

Co-working spaces startup Awfis expanded its footprint by entering new markets — Ahmedabad and Chennai, and launched 10 more centres in the last year alone, adding up to 7,000 seats. The startup further plans to launch in Indore.

Founder and CEO Amit Ramani says, “As of December 2020, our new seat sales reached pre-COVID-19 levels, with Kolkata witnessing the largest footfall and our centre running at up to 60 percent capacity.” He adds that the demand is driven by large corporates and SMEs.

Besides Kolkata, Awfis has been witnessing up to 60 percent occupancy in Chandigarh as well. While Bengaluru, Hyderabad, and Pune have been operating between 30 and 50 percent, and Mumbai and Delhi witnessed occupancy between 20 and 30 percent.

“The hybrid model of working recently gained prominence as companies began looking to move away from a single centralised office space in favour of multiple, smaller satellite offices that are strategically located in new and emerging markets,” Amit adds.

Similarly, WeWork started WeWork on-demand in September 2020 across six locations, where through a daily pass, an individual can book a WeWork space by visiting its microsite. “With this rising trend of choosing preferred days to work from a WeWork location, we have already witnessed a 97 percent increase in the number of professionals using this service since the last quarter of 2020. In addition to this, 35-45 percent of people who have used the product earlier are also repeating their usage in a short span of time,” Vineet says.

For WeWork, Mumbai has been the top city, experiencing the highest demand with respect to WeWork on-demand. WeWork centres have been operational post the lifting of the nationwide lockdown. It has already observed a 10 percent rise in its enterprise member base, accounting for more than 60 percent of WeWork’s total member base.

Amit says, “The office of the future will be a network of smaller, flexible, and safety-driven places that benefit both the employees and the company, while providing multifold benefits to both the parties.”

Awfis is betting on the adaption of a decentralised model which has fueled the demand for co-working spaces as they are an exemplary model for what a distributed network of workspaces could look like, with the right amalgamation of flexibility, cost efficiency, ideal work infrastructure, and collaboration.

Sparsh of Stylework says, “Workspaces no longer need work desks and a private cabin.” Co-working spaces have to take additional precautions to ensure that safety protocols are met.”

Outlook 2021: Work from home and the future of workplaces after COVID-19

“As remote working continues to gain momentum, walk-to-work is the new big thing happening in co-working,” he adds. Stylework is in the advanced stage of a strategic partnership with industry leaders like TiE Global, HSBC Bank, and ICICI Bank to further increase market reach. Sparsh is also bullish about expanding to the non-metros.

Amit is in sync with this. He says that work near home has emerged as the best option, given the high levels of productivity and convenience. Amidst the pandemic, Awfis launched its new model — Awfis@Home, allowing employees to combine comfort with functionality. “Having said that, employees are also increasingly wanting to return to work as they miss the office camaraderie and human connections that the physical workspaces offer,” he adds.

However, some companies are introducing office facilities with a hybrid work model. TresVista plans to have its employees work from the office for up to three days a week. “This will be a staggered approach and will be initiated only once we have a go-ahead from our BCP committee, which is continuously monitoring the on-ground situation for the safety of every TresVista employee,” says Sudeep Mishra, MD and Director of fintech company TresVista.

Video conferencing continues to be hot

Virtual is the new normal.

With the immediate implementation of the lockdown, boardrooms across the globe struggled to function smoothly. Virtual conferencing platforms then came to the rescue. Grandview Research states that the virtual events market size was valued at $77.98 billion in 2019, and was expected to grow at a CAGR of 23.3 percent between last year and 2027.

Quarantine King Zoom launched over 400 features in 2020 to serve its users better. In fact, it also received the Frost and Sullivan Technology Award. CEO Eric Yuan said that the video conference app recorded 70x user growth in India itself, amid the pandemic.

Jaipur-based virtual event platform Dreamcast’s Co-founder Gautam Seth reveals that the platform delivered over 3,500 webinars and 850-plus virtual events, hosting more than one million users on the platform in the last one-year alone. “Going ahead, every physical event will have a virtual extension that would enable global participation,” he adds.

Dreamcast hosted the Jaipur Literature Festival 2021, and the virtual event was specially curated to provide a festival-like experience with over four lakh attendees, 226 sessions in 27-plus languages, and over 250-plus hours of streaming. “In the last one year, we have done many iterations and added several features to our platform, including multi-platform integration, gamification, AI-matchmaking, and networking tables, among others,” Siddharth Shah, Co-founder of Dreamcast, says.

AI to the rescue

The new normal has also given rise to the rapid adoption of emerging and new technologies, across markets, and industries. Artificial intelligence (AI) will benefit the new workplace by improving the productivity of employees. Mundane and repetitive work will be automated with the help of AI.

HRtech firm PeopleStrong reported that with the emergence of WFH and distributed models, organisations witnessed an increased interest in AI-powered conversational chatbots. Unlike earlier, when chatbots were primarily used for automating interactions with customers and partners, AI chatbots are now being used to automate employee helpdesks as well.

The report, based on analysis of employee query data collected from more than one crore employee-chatbot interactions spread across 15-plus industries, reveal that BSFI, retail, pharma, and IT industries are witnessing an up to 40 percent increase in HR-centric queries, since the beginning of the lockdown.

TresVista has been using a double authentication-based login mechanism to maintain the data integrity and information security of its clients.

UserTesting’s survey revealed that the pandemic has led to a moderate to significant increase in the workload, with around 53 percent of those surveyed reported doing more work. A report by Indian Journal of Psychiatry states that about 40.5 percent of participants of an online Indian survey reported symptoms of anxiety and depression. With the line separating work and life blurring, companies are now having to prioritise employee concerns as well.

“Locked up during the pandemic, employees were vulnerable to anxiety and stress. The problem is to maintain the same level of performance when the person has no access to informal collaboration. Although some workers are good at coping with changes, evidence also suggests there are negative attributes associated with a home office. The economic downturn has raised concerns about work insecurity,” Sparsh of Stylework says.

Sudeep says that for TresVista, conducting workshops on mindfulness, meditation, yoga sessions, virtual meetups, and virtual sport challenges, using stand-up comedy as a means to bring some relief, and offering learning sessions by leaders have always been a part of the company’s culture.

“We have also run mental health training for managers and access to a platform for mental health issues during what continues to be a tough time for people, personally,” he adds.