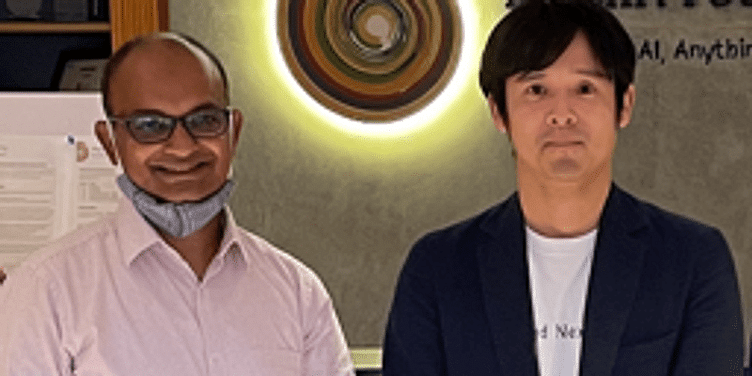 Deeptech startup Myelin Foundry will use the funding to consolidate its products in the Indian video-streaming market and expand into international markets.

Deeptech AI startup ﻿Myelin Foundry﻿ on Wednesday said it has raised $1 million in pre-Series A round led by Japanese VC firm Beyond Next Ventures. Endiya Partners — who had invested during the seed stage — also participated in this round.

According to a statement, the startup will utilise the funding to consolidate its products in the Indian video-streaming market and to expand into international markets. Myelin will further build capabilities and position itself to be a leader in the edge-AI space across industries.

“We are excited to welcome Beyond Next Ventures as an investor. Myelin has developed globally leading products and capability in edge-AI. We look forward to partnering with BNV and accessing the Japanese ecosystem. I am also happy to see the confidence of our seed round investors as they continue to support our journey."

Myelin’s first product — Fovea Stream — enables HD viewing experiences with SD transmission. The startup has been awarded the ‘NASSCOM Emerge 50’ in the Enterprise category and the ‘Investor’s choice’ in the sixth cohort of the NetApp Excellerator.

Tsuyoshi Ito, Managing Partner and CEO, Beyond Next Ventures, said,

“We are very pleased to be the lead investor for Myelin Foundry's pre-Series A round. Myelin, led by Founder Katragadda, is a deeptech startup with a strong focus on edge-AI platform technology. As a shareholder, I look forward  to contributing to Myelin's business expansion in collaboration with Japanese companies.”

“This investment by Japanese VC firm Beyond Next Ventures will allow Myelin to strengthen its portfolio of AI solutions and grow its market,” added Kris Gopalakrishnan. The Infosys Co-founder is also one of the investors at Myelin.