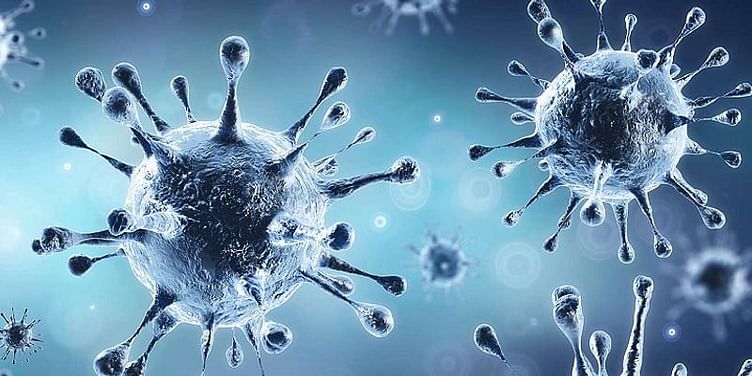 YourStory presents this daily roundup of the latest startup news and updates from the Indian startup ecosystem and beyond. Here's the roundup for Tuesday, May 11, 2021.

Through this, the startup aims to assist those looking for oxygen beds across its network of 550+ partner hospitals in Delhi-NCR, Jaipur, and Chandigarh. People can call at 8955 8955 89 to check hospital bed availability in the Uno partner network or to book free COVID teleconsultation.

Vikalp Sahni, founding member and former CTO of Goibibo, has announced the launch of his new startup – Eka Care. The startup is looking to build a digitally-enabled and connected healthcare ecosystem. To begin with, it has started with 24X7 free consultation for COVID-19 patients.

US regulators on Monday expanded the use of Pfizer's COVID-19 vaccine to children as young as 12, sparking a race to protect middle and high school students before they head back to class in the fall.

Shots could begin as soon as a federal vaccine advisory committee issues recommendations for using the two-dose vaccine in 12- to 15-year-olds, expected Wednesday. Vaccinating children of all ages will be critical to a return to normalcy.

Microblogging giant ﻿Twitter﻿ has donated $15 million to help address the COVID-19 crisis in India, which is battling the unprecedented second wave of the deadly pandemic.

Paytm to set up oxygen plant, provide concentrators in Gujarat

Fintech giant Paytm on Tuesday said it will provide 100 oxygen concentrators and set up an oxygen plant in Gujarat in an attempt to bolster its fight against the second wave of COVID-19.

The oxygen plant will be set up in Ahmedabad, Gujarat, Paytm Founder and Chief Executive Officer Vijay Shekhar Sharma said in a press conference, while the concentrators will be provided to government-run hospitals across cities.

In the wake of the second wave of the COVID-19 pandemic in India, hospitality major OYO has rolled out the VaccinAid feature to show the vaccination status of hotel staff across OYOs. In a tweet, Ritesh Agarwal, Founder, OYO, said, that it is an industry-first feature and that this feature will become a confidence builder for travel recovery.

NITI Aayog and Mastercard on Monday released a report titled ‘Connected Commerce: Creating a Roadmap for a Digitally Inclusive Bharat’. The report identifies challenges in boosting digital and financial inclusion in the nation and recommends how digital services can be made accessible to all.

The SaaS startup will utilise the funds to enhance its platform's technological capabilities, scale up its team across functions, and marketing and sales efforts.

Startup investment platform We Founder Circle (WFC) has led an investment in Geekster, a Gurugram-based integrated ed+hr tech platform for technology professionals. The Pre-Seed round worth $200,000 also witnessed participation from ah! Ventures.

The startup said it plans to utilise the freshly infused funds in launching skill development programs, accelerating the product development and offering its product to a wider client base.

Investors, including The Deepak Group, Impact India Investment Partners, Beyond Capital Fund, Shalini Chhabra, and 3i Partners were part of the round, which closed this month. The round was kicked off in July 2020, led by Acumen Fund and supported by Upaya Social Ventures.

KFin Technologies, a General Atlantic-backed registrar and transfer agency and a market leader in the financial sector providing investor servicing, has announced that it has bought 17 percent stake for an undisclosed amount in insurtech startup, Artivatic.ai.

Dogecoin, which started as a joke and then became a high-yield cryptocurrency thanks to Elon Musk, is now going to the Moon — literally.

SpaceX has announced that it will launch "DOGE-1 Mission to the Moon" in the first quarter of next year. The entrepreneur tweeted that the company’s new satellite will be called Doge-1, and that the mission will be funded by Dogecoin.

With cryptocurrencies like Ethereum and Dogecoin reaching new all-time highs, investors are always on the lookout for the next big thing. The latest in the crypto universe is the Shiba Inu coin, which has been garnering attention ever since the recent dip in Dogecoin.

China's most iconic and outspoken business tycoon, Jack Ma, made a rare public appearance on Monday celebrating Alibaba's "Ali Day"- an event for staff and family members- in the Hangzhou campus, according to company sources.

On Monday, Ma was seen in an open-air campus shuttle bus with a number of Alibaba executives, according to a photograph taken by an employee at the event, viewed by Reuters. Wearing a blue T-shirt, white trousers and a pair of Chinese-style cloth shoes, Ma was smiling. "It's so exciting to see Jack," said the employee, declining to be named.

In a bid to support the Indian startup ecosystem, 100X.VC on Tuesday announced the launch of its not-for-profit initiative – Entrepreneurship Gurukul. Through the initiative, 100X.VC will provide an education platform to aspiring entrepreneurs with no cost, no equity, and no fee.

Online investment platform Groww on Tuesday said it will buy Indiabulls AMC's mutual funds business from Indiabulls Housing Finance in a cash and cash equivalent deal valued at Rs 175 crore — a move that will help the Bengaluru-based startup break into the asset management space.

The initial public offer (IPO) is entirely an offer of sale of up to 28,028,168 equity shares of Medi Assist by promoters and existing shareholders, according to the draft red herring prospectus.

Legendary Marxist firebrand and former minister K R Gowri, one of the founding leaders of the Communist movement in Kerala and the lone woman member in the state's first cabinet, died at a private hospital on Tuesday. She was 102 and had been suffering from various age-related ailments for some time, party sources said.

Telangana announces 10-day lockdown from May 12

The Telangana government on Tuesday decided to impose a 10-day lockdown in the state starting May 12, to prevent further spread of coronavirus. According to an official release, the state cabinet decided to clamp a lockdown from 10 am on May 12 (Wednesday) for 10 days.

On National Technology Day, Prime Minister Narendra Modi on Tuesday said that in any challenging situation, the country's scientists and innovators have always risen to the occasion, and over the last year, have worked industriously to fight COVID-19. The National Technology Day marks the anniversary of the underground nuclear tests conducted in Rajasthan's Pokhran in 1998.

National Technology Day is observed on May 11 across India to celebrate the achievements of our scientists and engineers. It also serves as a reminder of the advancement India has made in the field of science and technology.

The day highlights an increase in entrepreneurship spirit to develop cost-effective indigenous solutions. Technology Development Board — a part of the Government of India’s Department of Science and Technology — commemorates National Technology Day by honouring several innovators and entrepreneurs.