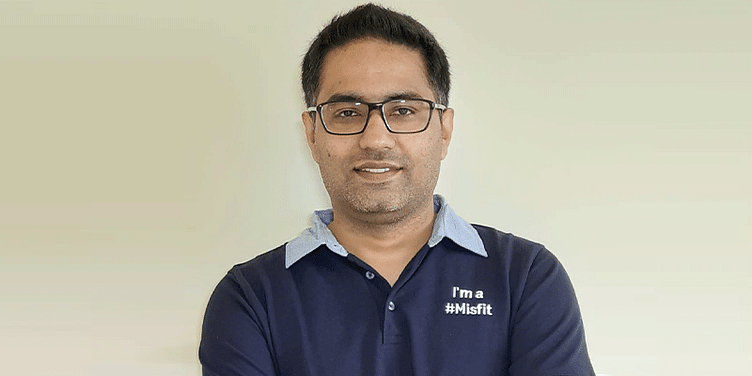 For many kirana stores, the very thought of organised retail comes at a hefty price. That’s where Gully Network has a solution with its integrated software and staff assistance.

Successful business ventures are often based on solutions that address a gap in the market. So, when Ajay Nain was looking to start a new venture, what caught his eye was the absence of digitisation in mid-level grocery stores.

With an aim to solve this pain point, Ajay decided to start ﻿Gully Network﻿, a full-stack retail store management startup with his IIT-Madras batchmate, Prateek Chaturvedi, a former Cipla executive.

The Bengaluru-based startup provides inventory, order and payment management, and other solutions for mid-sized departmental stores.

“Since many kirana stores are not run by a larger conglomerates, they do not have the funds to have a full-stack system, which are usually quite expensive. They end up using multiple software for accounting, inventory management and keeping track of payments,” says Ajay.

This wasn’t Ajay’s first entrepreneurial venture. In 2014, Ajay co-founded rental platform Rentomojo with Achal Mittal and Geetansh Bamania. And prior to that, Ajay had experience working with the Himalaya Drug Company, and consulting firm KPMG.

“I left Rentomojo at its peak. It was a very thought-through decision because I could see omnichannel was a much bigger market than the rental market,” Ajay recalls.

In November 2020, Gully Network raised a pre-Series A round of $1.2 million led by Venture Catalysts, Inflection Point, Orios Venture Partners, and others.

Gully Network provides tailor-made integrated tech solutions to stand-alone, mid-sized kirana stores, and transforms them into modern trade omnichannels. The company enables kiranas to take stock of its margins, sales, finance, automatic inventory replenishment and merchandising. “This means a store owner does not have to worry about juggling multiple technologies to keep track of their operations,” says Ajay. The stores are also equipped to accept credit and debit cards for payments, and provide a pakka bill.

With automation as a key goal, the retail tech startup has partnered with more than 50 FMCG brands, including Hindustan Unilever, Godrej Consumer, and Marico, among others to help kiranas place orders for new stock from FMCG companies as and when the existing stock starts to deplete.

Besides such operational assistance, once a kirana store signs up, the startup also rebrands the store as Gully Mart - and works on a margin-sharing basis with the store owner. When asked about the percentage breakdown, Ajay refuses to comment.

However, he adds that the startup ensures they do not open more than one Gully Mart store in the same area if one already exists.

As part of its full-stack services, the retail tech firm also provides staff assistance to maintain its partner store from time to time.

Since its launch in 2019, Gully Network, which has a team of 50, has partnered with 40 stores across Bengaluru, with 12 more new stores having recently been included in the city. The company has also started spreading its footprint into Hyderabad, Bijapur and Bikaner, and there are plans to go live in 20 more cities in the next one year.

Since the pandemic, many new startups have come up in the retail tech space. Every store wants to be online and digitally connected with its customers, and so, small and medium enterprises have gone all out in their efforts to go digital.

The COVID-19 pandemic saw digitisation in India see a massive leap, according to some estimates, by at least five years.

When organised retail came to a standstill during the first lockdown in 2020, and supply chain and ecommerce were hit massively, it was the local kirana stores that came to the rescue of consumers. In an earlier conversation with YourStory, Ajay mentioned that in the last six months, the startup had seen a growth of 5x-6x, and its conversion rate had significantly improved from 10 percent to 50 percent in the past year alone.

While as of now Gully Network might be the only end-to-end omnichannel solution for mid-size grocery sellers, Shopify, a Canadian digital storefront provider, and Instamojo, which already has a payment gateway and online shop solutions for MSMEs, among many others could compete with the platform at different levels.