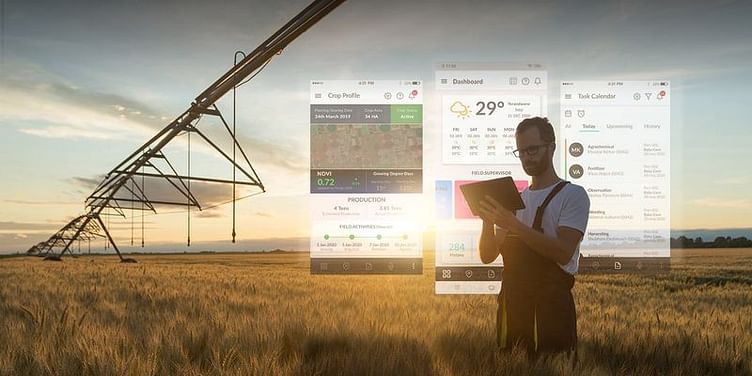 FarmERP was among the first companies in the world to bring software to agriculture. In over a decade, it has served 1.3 million farmers directly and indirectly. Now, it is looking to tap into B2C growth channels like ecommerce and farm finance.

Pune-based computer engineers Sanjay Borkar and Santosh Shinde started FarmERP as Farm Management Software in 2001. While several internet businesses made a noise during the dotcom boom, technology in agriculture was unheard of.

However, Sanjay and Santosh, both hailing from agricultural families, were convinced that technology could be used to make farming predictable and profitable like many other businesses.

Farm Management Software acquired its first customers in 2004, while doing a project for the Department of Agriculture, Maharashtra.

“It was extremely difficult in the beginning. But we managed to find some progressive farmers who agreed to try our product that could help them manage their farms efficiently and save time, resources, and money,” Sanjay tells YourStory.

In 2007, Farm Management Software was renamed as FarmERP.

The first version of the product enabled farmers to input and output data of farms, improve profitability, and bring about sustainable agricultural practices.

However, in pre-Flipkart India, running a tech startup, especially in an orthodox industry like agriculture, was no mean task. “Selling directly to farmers was very difficult and getting money from them was even tougher. So, we targeted corporates, and got our first opportunity in Oman in 2010,” the founder reveals..

In 2011, Sanjay told YourStory, “We want FarmERP to be the [MS] Office package for farmers, and we’re confident that we’ll get there. It’s just a matter of time of funding.”

Over the last 10 years, FarmERP’s smart agricultural systems have been deployed at over 600,000 acres of farmland in 25 countries, including India, the US, and markets in Europe, Latin America, Africa, Southeast Asia, and the Middle East.

It has served 1.3 million farmers directly or indirectly and helped them achieve higher efficiency, yields, profitability, and traceability. The size of their landholding ranges from 10 acres and 300 acres.”

Without revealing numbers, Sanjay claims FarmERP’s revenues have grown 65 percent since March 2020. “We invested in product development and marketing post the pandemic. We look to reach Rs 100 crore revenues by 2023,” he says.

In March 2021, FarmERP bagged the second place in the Asia Agritech Challenge organised by the Value-Chain Capacity Building Network (VCB-N). It secured a grant of $2,000 for its ‘Uberisation of Agriculture’ project, which focuses on bringing smallholder vegetable growers in Maharashtra and buyers on a single platform.

It covers 24 organic and conventional vegetable crops, and farmers are given end-to-end solutions, including best practices on harvesting, climate-smart advisory on crop nutrition, irrigation, pest management, and disease control.

FarmERP has also partnered with Go4Fresh and NextOn Foods for procurement and ensuring predictability and profitability for vegetable growers in India and Southeast Asia. “Because of the short crop duration, vegetable farmers need an accurate execution plan backed up with resource availability and knowledge,” Sanjay says.

Starting 2021, the startup also ventured into the B2C segment. (more on that later)

Its future-ready platform captures the entire production to purchase data in the agricultural value chain. From farmer profiling and farm mapping to inventory management and quality control (cleaning, grading, packing) to food traceability and exports — the startup has built an end-to-end digital farming solution.

“The man-machine-material consumption on every plot of land is captured on FarmERP. Customers also get plot-level P&L data that gives them insights to help with decision making. They can prepare a crop budget and optimise resources like fertilisers, chemicals, machinery, and manpower.”

He claims that FarmERP can reduce inventory cost by 85 percent, labour cost by 90 percent, water cost by 95 percent, and increase operational efficiency by 25 percent.

The SaaS-based solution also manages and analyses accounts, financial data, POS documents, HR, and other post-production processes. “We even train farmers to use our solutions and feed data into the system,” says the founder.

In late-2019, FarmERP raised a Series A round of $1.4 million from Singapore-based strategic investor Technogen IT Services.

“The company will use the funds to combine the FarmERP platform with Climate Resilient Intelligence. It will also be used to enter new markets and geographies to solve the problems agriculture faces in those regions,” Sanjay said at the time.

All the world's a farm: How Berrika curates and delivers exotic grocery baskets to your doorstep

Venturing into B2C and future roadmap

FarmERP Is looking to raise a Series B round in the last quarter of 2021 to develop its AI-based climate risk-mitigation solutions to make fresh-fruits-and-vegetables (FFV) farms less vulnerable to unpredictable weather conditions.

It has also integrated its platform with sensors, Internet of Agricultural Things (IoAT) devices, drones, and GIS systems, and is offering a “single sign-on experience”.

“We have started offering predictive analytics (FarmGyan). We want to solve issues using AI and computer vision for pest and disease detection, and help prevent crop damage. We have already achieved 87 percent accuracy in onion and tomato, and will expand the solution to other crops. The awareness around food safety and traceability has gone up 3X since the pandemic.”

Interestingly, FarmERP recently ventured into the B2C space due to rising demand.

The founder says, “Our clients wanted an ecommerce platform because they wanted to sell directly to consumers. We have fruits and vegetable growers and aggregators using our ecommerce platform Farmizo Fresh. Vendors who cannot afford to have their own websites see us as a low-cost option to reach consumers.”

In April, FarmERP’s parent company Shivrai Technologies partnered with YONO by SBI to launch Farmizo Khata, a free farm accounting app. It is targeted at smallholder farmers who incur huge losses for lack of proper accounting and business visibility. Farmers can also geo-tag their crops on the free app.

“We plan to grow this to a few lakh users in a year. In future, we can also use this platform to offer loans and insurance to farmers,” Sanjay shares.

Why the shift of focus from B2B to B2C, given that the latter is much more challenging?

“FarmERP is our bread and butter. We will expand it to newer markets. But there is no compelling solution for smallholder farmers. Existing products are not affordable and their income depends on the market, which is very volatile. So, we need holistic efforts to give farmers the right value for their produce. It is not in the hands of one FPO, an ecosystem change is needed.”

It is a smart move, given the post-pandemic tailwinds in agritech have led to the growth of farm-to-consumer (F2C) brands.

A 2020 Accel-Omnivore report states that F2C brands recorded a 10X reduction in their customer acquisition costs and 3X growth in volumes since COVID-19. “With people shifting to online ordering due to the lockdown, this could prove to be a watershed moment for F2C brands as they look to disrupt traditional distribution channels,” it stated.

For FarmERP, if the last decade was about growing its SaaS platform globally, the next one could be about penetrating the Indian market with its consumer products.