18,000 submissions, 40 countries: meet the winners of the Nature inFocus Photography and Film Contest 2021 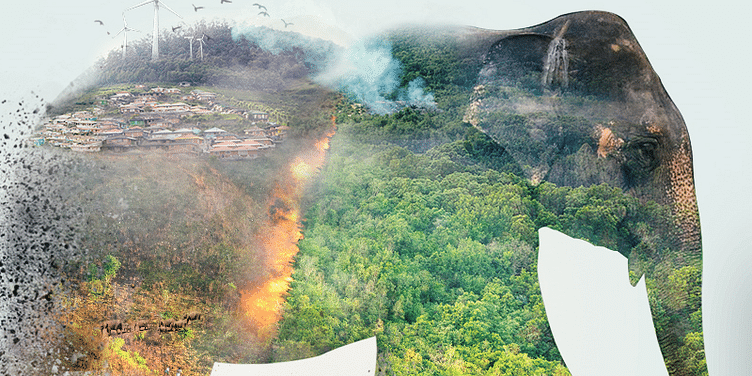 In our photo essay series on this annual nature photography competition, we feature stunning images along with creative insights.

Photographers who document unique natural history moments and critical conservation issues are honoured each year at the annual Nature inFocus Photography Awards. See our coverage of the 2020, 2019, 2018 and 2017 editions.

Nature inFocus was founded by wildlife photographers Rohit Varma and Kalyan Varma. The winners of the Nature inFocus Photography and Film Contest 2021 were announced this week. The annual event has been held online in 2020 and 2021 due to the pandemic.

With permission from Nature inFocus, PhotoSparks has reproduced some of the finalist and winner images in this article series. This year the contest received about 18,000 images from more than 2,000 competing photographers across 40 countries, according to the contest organisers.

“Despite the pandemic, year on year, the contests have continued to see increasing participation entries not just from India but across the globe. It has become a truly international competition,” observes Rohit Varma, Co-founder of Nature inFocus.

The competition and conference inspire nature lovers to be more creative, spread the word about nature conservation, and mobilise people to protect the environment.

Anagha Mohan, all of 15-years-old, won the Young Photographer title.

The conservation film category was won by Nikhil Talegaonkar and Sandeep Dhumal for their film ‘Khee (Dogs)’. The Natural History film category winner was ‘Lost Kings Of Bioko’.

In the emerging talent category, the conservation film award went to ‘Kaliru’, while the natural history award went to ‘Savannah Warriors’. The Nature inFocus Film Contest is dedicated to wildlife footage captured on mobile phones.

“I am a great fan of India and its exceptional biodiversity,” explains Andy Rouse, an award-winning wildlife photographer, and one of the members of this year’s jury.

There is a lot of passion in young filmmakers to cinematically bring forth the intricacies of the natural world to the common citizen, according to Akanksha Sood Singh, filmmaker and jury panelist.

Now, what have you done today to pause in your busy schedule and do your bit for nature?