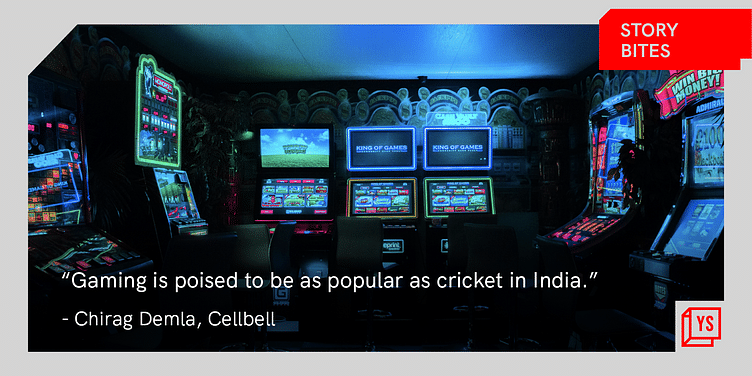 From startups to sports, witness the business trends in India through these quotes, excerpts and stories!

Launched in 2014, StoryBites is a weekly feature from YourStory, featuring notable quotable quotes in our articles of this past week (see the previous edition here). Share these 25 gems and insights from the week of January 24-30 with your colleagues and networks, and check back to the original articles for more insights. See also our special compilation of quotes related to India’s coronavirus responses here.

The Indian startup ecosystem is expected to add over 100 scale ups by 2025. - Nasscom report

With over 60,770 officially recognised startups across 636 districts, India has become the world's third-largest startup ecosystem and the strategic choice for investors across the world, thanks to its deep well of talent. - Piyush Shah, InMobi Group

The ability for founders to change the destiny of India by building is truly unprecedented. They are the hero(ine)s of this story. - Anand Chandrasekaran, General Catalyst

Until 2019, a great startup idea with an awesome team would be valued around $2-3 million, which has now gone up to more than $10 million. - Bipin Shah, Titan Capital

The opportunities are huge and the entire world today has opened up as a marketplace for Indian software products companies with SaaS and subscription-based offerings – achieving the vision of 10X growth by 2025. - Ramkumar Narayanan, NASSCOM Product Council

The improvements in healthcare in recent times have resulted in improved outcomes for patients and other stakeholders. Both healthtech startups and established companies have played a role in contributing to this change in the regional healthcare ecosystem. - Nimith Agrawal, DoctCo

While we live in a world of quick commerce with essentials getting delivered in 10 minutes, ambulance services and tele-consultancy services still aren't available within 10 minutes. - Prabhdeep Singh, StanPlus

There's stigma and reluctance on the part of the larger society to acknowledge this need and support this cause [of child cancer treatment]. - Anil Nair, St Jude India ChildCare Centres

Today, more than 800 million users have access to the internet in the country. Of those, only 33 percent are women. - Madhu Singh Sirohi, Meta (Facebook)

Most people were unaware of the crafts we have in our country. Along with the awareness, there is no love or respect for the local crafts. - Vishpala Naik Hundekari, Ekibeki

Despite the rapid adoption of technology in various sectors of the economy, the MSME sector has had a late start and has only recently started harnessing technology and digitisation for growth. - Amit Bansal, SOLV

Digitising procurement is a critical milestone and one of the most important gaps that remain to be filled in India's manufacturing sector. - Vinit Bhansali, Orios Venture Partners

India must legislate a strong and progressive data protection law at the earliest in consonance with the global standards to secure our digital economy, and ensure optimum protection of the personal data of Indian. - Yashovardhan Azad, ex-IB

There is a significant untapped potential in the commercial space in the suburban areas and a great opportunity for brands to establish themselves in one of India’s big market segments. - Sanjay Kaul, Xpand

Most of the candidates wanted real-life skills that they can use to produce immediate results in their careers. When someone is actively seeking a job, they do not have the luxury of doing a long-term program that spans over months. - Vaibhav Sisinty, Growth School

New parents from our generation have access to so much information, and they don’t want to compromise on products for their child. - Rati Nehra, Baby Jalebi

Indians are the second biggest savers after China. We don't have the wealth mindset and don't put our money into opportunities where it can turn into wealth. We save money instead and spend it later. - Shesh Rao Paplikar, BHIVE

The NSE in Delhi, which helped transform the country's deep-rooted savings tradition into equity culture, has witnessed over 50 lakh new investor registrations in the current fiscal year. - Vikram Limaye, NSE

We believe there is a massive opportunity to provide access to credit to merchants in small cities and towns. - Bhavesh Gupta, Paytm Lending

There is more potential to penetrate the retail investor market deeper and introduce more options available to them that were previously hidden behind the higher ticket size curtain. - Ajinkya Kulkarni, Wint Wealth

2022 is projected to be an exciting year for the Indian fintech industry, which is the world's third-largest fintech ecosystem, trailing only the United States and China. - Rajeev Agrawal, lnnoviti

Fintech opportunity is huge in India as it is the only tech segment in India that has created over $75 billion in value and $8 billion in M&As. - Anuj Golecha, Beams

Wealthtech is at a nascent stage; out of a population of 1.5 billion, only 2 percent are into investments and savings. - Archana Elapavuluri, Pickright Technologies

Gaming is poised to be as popular as cricket in India. - Chirag Demla, Cellbell