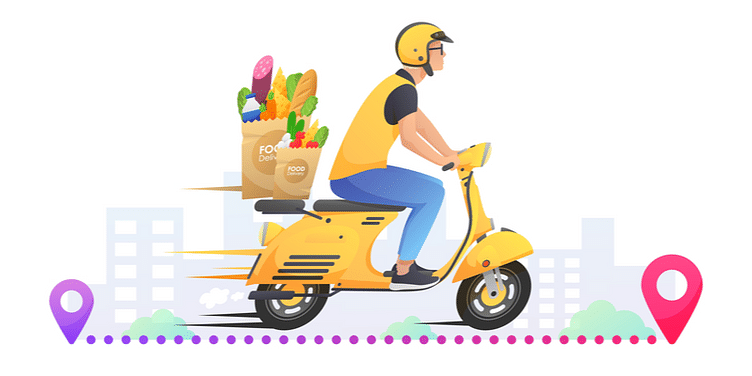 Grocery delivery startup Instacart, which operates in the US and Canada, is one of the many internet-based businesses that saw a surge in demand due to the COVID-19 pandemic.

Grocery delivery startup Instacart has decided to slash its valuation internally to around $24 billion in an attempt to attract more talent and adapt to existing marketing conditions.

Last March, the startup, which operates in the US and Canada, had raised $265 million from vaunted investors such as ﻿Andreessen Horowitz﻿ and ﻿Sequoia Capital﻿ at a valuation of $39 billion. The current valuation correction is nearly 40 percent lower.

Instacart's decision to revalue is an attempt to be able to provide better equity options to new employees, as well as prevailing market conditions where investors are souring on tech-first companies. Much like local competitors DoorDash and Uber Eats, Instacart has had trouble building on the boost provided by the pandemic and lockdown.

“Our team built Instacart into the market leader it is today, and we believe investing in them is the right thing to do,” the company said in a statement. “Markets go up and down, but we are focused on Instacart’s long-term opportunity to power the future of grocery with our partners.”

Indian companies have also been hit by these tailwinds in the grocery delivery business. Last year, ﻿Blinkit﻿ (earlier known as ﻿Grofers﻿) announced that it had attained unicorn status — valuation of $1 billion and above — after raising $120 million from ﻿Zomato﻿ and Tiger Global.

However, it too saw a reduction in its valuation, losing the unicorn tag, as Zomato is now aiming to acquire the company at a valuation closer to $700-800 million this year.

Foodtech giant Zomato's shareholders seemed to be pleased with the acquisition as the stock price jumped by around Rs 5 at the time, but brokers had a dim view.

At the time, Amit Jain of Ashika Group told FinancialExpress, “With Blinkit acquisition, it [Zomato] will burn more cash and it will put further strain on the balance sheet of Zomato."

Other grocery delivery companies like ﻿Swiggy﻿ Instamart, ﻿Dunzo﻿, and ﻿Bigbasket﻿ have all been forced to invest large amounts to compete in a crowded market.

India is also seeing a rise in quick commerce, with newcomer ﻿Zepto﻿ being a revelation in this space. Founded in September 2020 by two college dropouts, Zepto launched its services in April 2021.

Its promise of "instant grocery delivery" under 10 minutes immediately gained eyeballs, and the startup raised $100 million at a valuation of $570 million by December itself.