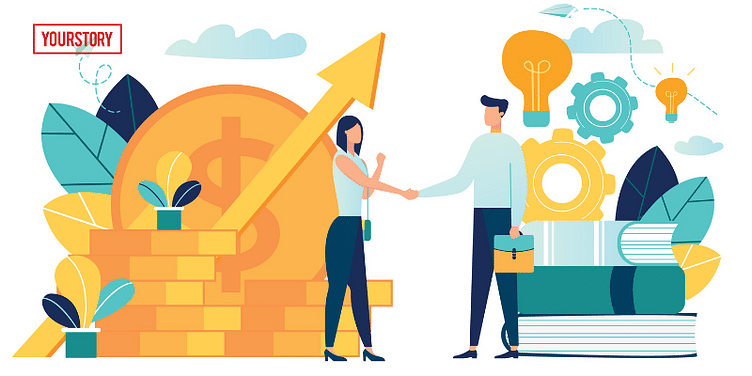 As the pre-seed and seed pipeline is seldom curated, the ratios of success still remain at just about one in 15-20 deals being shortlisted for future investments.

Early capital is the most important pool of money for a startup business and acts as a launchpad, taking the company to new heights.

However, for any early-stage investor while this opportunity comes with some astonishing rewards it is also embedded with massive risks. There are many things that can go amiss while making an early-stage investment, leading to an imbalance in the reward – a risk equation.

Factors like misjudgment, bad advice, lack of industry experience, a mismatch in expectations, the fear of missing out, faulty business models, unrealistic moon shots and peer pressure simply multiply the risk and add to this imbalance.

Across the globe there is one common concern among investors at every stage — the lack of a scientifically curated deal flow that can help them in making a quick and well-informed investment decision. All investors believe that since startup investments don’t have any feedback, their dependency on a curated deal flow is critical. Since this is mostly absent, the lack of a detailed pipeline continues to be a hurdle.

Over a period of time, a large number of investors have acquired analytical tools in their decision-making process, enabling them to invest better.

To achieve this feat, the investors had to acquire and sometimes even hire those with relevant skills and expertise, while still having an affinity to learn given the rapidly fluctuating investor market. This has led to about a third of their operating time being consumed in pipeline curation.

For investors, deal sourcing on an average consumes about 40–50 hours a month, per portfolio manager, right from the stage of procuring the relevant deals. Despite having these portfolio managers,  they somehow continue to invest the same amount of time in irrelevant deals and time lost is money lost.

Dealing with the dilemma

On the other side of things, it is also important to understand the dilemma startups face. A significant number, closer to 75 percent, of early-stage startup founders often resort to bank loans or debt funding to secure early investments, while a whopping 25 percent bootstrap from their personal savings for initial capital.

So why are only five percent of startups reaching out to investors for early capital is an important question to ask. Dig a little deeper and you will find that the root cause of this is the lack of an understanding about the sector or business in the investors that they approach.

Successive failed attempts eventually push them to opt for other routes. Startups too tend to lose a larger chunk of money every time they decide to delay their plan and stick at an investor for too long.

However, since the pre-seed and seed pipeline is seldom curated, the ratios of success still remain at just about one in 15-20 deals being shortlisted for future investments.

The pipeline continues to diminish and the net effect is that only a fraction, as low as 0.1 percent of total startups, are able to raise funding through venture capital.

While every venture capital firm endeavours to have as many unicorns in their portfolio as possible, the reality is that despite all their efforts and resources, only 1 percent of the startups that ever raised a seed round get converted into a unicorn.

In conclusion, while investors are constantly vying to get better and more profitable deals and want to make high risk-high reward early-stage investments, they simply do not get the curated pipeline that they can consider.

How does one address this problem?

While there is a constant hunger among founders to get funded, they have very little idea on what it actually takes to make their startup fundable. A startup will not get funded before it is fundable and unless startup founders address this, their chances of raising early capital will continue to be bleak and so will the subsequent rounds of investments.

The ecosystem needs more professional setups focused on enabling founders, teams, and technology employed to curate business and financial models, market strategies, propositions and products. These setups can come in the form of advisors, subject matter experts, accelerators, and even mentors.

However, such professional outfits or resource pools come at a high cost, which startups often cannot afford when in the early stage. Keeping this in mind there needs to be a collaborative effort by both investors and startups.

A curated deal flow will eventually not only save cost and time for investors, but will also multiply the value of their investments – the sole objective of an investor.