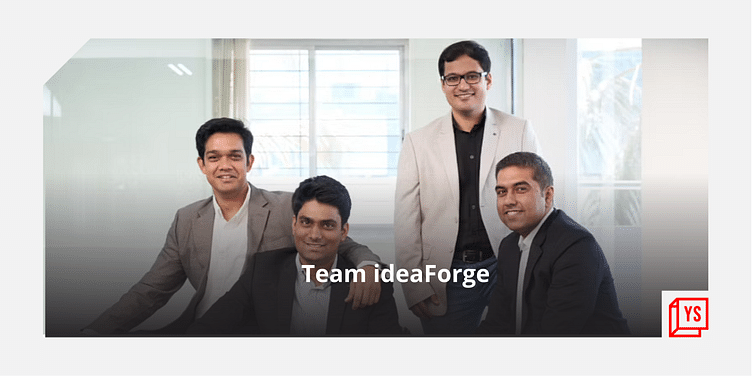 The drone manufacturing company will use this funding to invest in R&D, international expansion, and to build a world-class team.

Drone manufacturer ﻿ideaForge﻿ on Thursday said it has closed its Series B funding round of $20 million led by Florintree, which is helmed by former Blackstone India private equity co-head, Mathew Cyriac.

The round also saw participation from its existing investors such as ﻿Celesta Capital﻿, a prominent deep tech investment fund, Infosys, Qualcomm, Infina, along with the Exim Bank of India.

“ideaForge is very happy to be associated with Florintree, which has a proven track record of helping organisations unlock enterprise value."

He further added that "ideaForge has grown 10X in the last two years and we will use this funding to invest in R&D, international expansion, and building a world-class team. We want to continue to create high performance, reliable, and autonomous drones that inspire the adoption of this technology.”

Founded in 2007 by IIT Bombay alumni, ideaForge is backed by more than 15 years of research and development (R&D) with over 20 global patents. It dominates the Indian market with its drones being deployed by the defence sector, homeland security, and enterprise customers.

The startup claims to be having repeat contracts from the Indian Army for its SWITCH UAVs and its other customers include the Indian Navy, Air Force, State Police Forces, BSF, NSG, CRPF, Adani, L&T, Indian Oil, Survey of India, Indian Railways, and so on.

Mathew Cyriac, Executive Chairman, Florintree Advisors, said, “Florintree has been tracking the drone sector closely for the last two years and ideaForge is one of the few globally competitive full stack players in the sector with scale and profitability. The strong order book built by the company is testament to the R&D work done by the team over the last 15 years and they are primed to grow exponentially."

"While the industry has proliferated in the last few years on the back of government policy, we expect ideaForge with its focus on building indigenous hardware within house software subsystems to gain an outsized market share in a rapidly growing industry.”