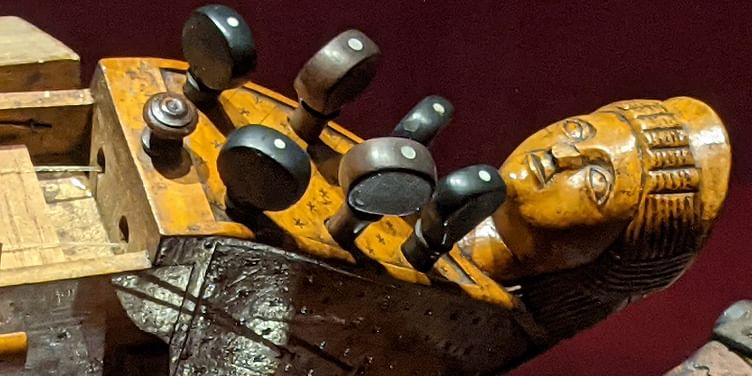 In this photo essay from a unique museum in Spain, we feature the stunning diversity of musical instruments from five continents. What does the world of music mean to you?

Music is an intensely personal as well as social experience, reflecting similarities along with variations in cultures across the world. Located in the concert hall building L'Auditori, the Museu de la Música in Barcelona takes viewers on a mesmerising journey through the world of music, across history and cultures.

In this photo essay, we showcase some exhibits of the 500 musical instruments drawn from the larger collection of 2,200 instruments. The illustrations span English, Catalan, and Spanish, along with audio-visual samples from instruments like cello and sarangi, and excerpts of works by renowned composers.

The museum belongs to the Barcelona City Council, and is intended to spur awareness and community connections about the role and evolution of music. The aim is also to have the people of Barcelona cultivate a sense of ownership of the place. The curators of the museum play managerial as well as artistic roles, Jordi explains.

Instruments ranging from harpsichord and claviorgan to tabla and trumpet are presented in glass enclosures sorted by category. An outstanding section displays a spectrum of guitars by Antonio de Torres, the foremost Spanish guitar maker.

Thematic sections of the museum are designed to reflect elements such as melody, rhythm and timbre. Other sections showcase instruments from the Middle Ages to the present, as well as the impact of waves of technological innovations for recording and distribution.

The displays include handwritten scores and personal objects of musicians from the 19th and 20th centuries, such as Isaac Albéniz, Enric Granados, Joaquim Malats, Joan Manén, and Miquel Llobet.

There is an interactive gallery where audiences can play a number of musical instruments. L'Auditori, designed by the architect Rafael Moneo, is home to the OBC-Orquestra Simfònica de Barcelona i Nacional de Catalunya.

The museum team combines creativity, culture and education to offer services such as research, music lectures, group activities, and performances on the historical instruments.

Now, what have you done today to pause in your busy schedule and find new ways to explore your connection to art and music?

(All photographs were taken by Madanmohan Rao on location at the museum.)