The twists and turns of Musk-Twitter deal 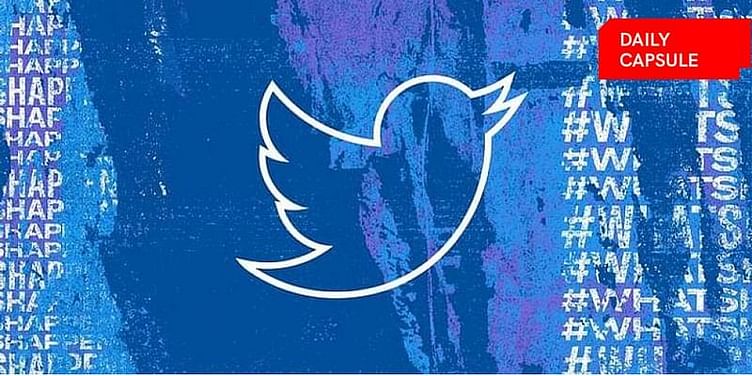 On October 28, Twitter confirmed in an SEC filing that the merger between a Musk-owned entity and Twitter Inc was finally completed at the original price of $44 billion.

After sealing the ﻿Twitter﻿ deal, Elon Musk is now planning ahead. The "Chief Twit" declared that he would be forming a new “content moderation council” that will bring together “diverse views” on the issue.

It was a long and winding journey to acquire Twitter. Missed some of the twists and turns? Here's a refresher.

Meanwhile, the rest of us aren't having an easy time as inflation is biting hard. Around 54% of adults have either stopped or reduced contributions to retirement savings. ﻿Zerodha﻿ CEO Nithin Kamath has a few suggestions to fund 30 years of retirement.

ICYMI: Ladakh is all set to get a unique Dark Sky Reserve, ensuring little to no light pollution and opening our imagination to the wonders of the universe.

BRB, the Milky Way is calling.

Here’s your trivia for today: Which year is Halley's Comet expected to return to the solar system?

Hip-hop with a pinch of nostalgia

“My art is open to interpretation. I want to keep it as simple as possible. You won’t need a manual to understand my art. My process is my journey,” says Sumit Roy, a multimedia artist, communication designer, and rapper.

Two years later, it is now available in 20 Indian and international languages.

As a transgender woman living in Mumbai, Priya Babu had to resort to begging, sex work, and dancing in bars to earn a living.

She is now an activist working to uplift the trans community through various initiatives like the Transgender Resource Centre, Trans Kitchen, and more.

Which year is Halley's Comet expected to return to the solar system?

Answer: 2061. Halley was last seen in Earth's skies in 1986 and was met in space by an international fleet of spacecraft. It will return in 2061 on its regular 76-year journey around the Sun. Nasa has set a timer for its return.