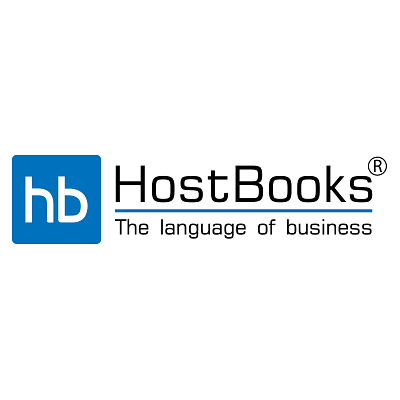 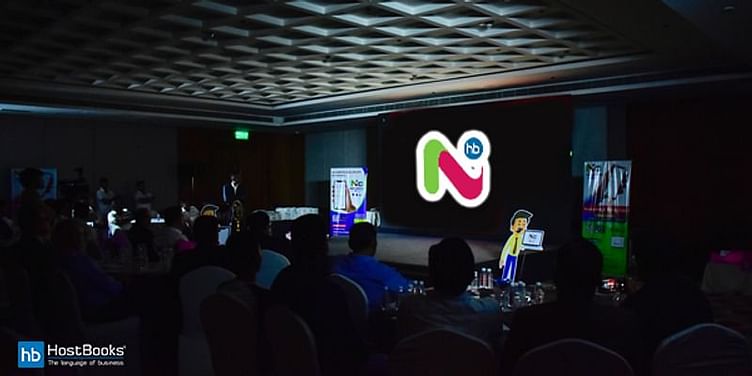 HostBooks, India’s one of the fastest growing cloud-based accounting and enterprise solutions providers, hosted a panel discussion ahead of the launch of HB Neo App, a consumer-grade accounting and business application targeted at MSMEs.

Following the implementation of the Goods and Services Tax in 2017 and the disruption that ensued in the industry, ﻿HostBooks﻿, a cloud-based Accounting and Enterprise applications provider, was born. It was founded to simplify the backend value chain system of the company, i.e. accounting, taxation & compliance and enterprise operational support system for small and medium businesses through cutting-edge technology. Now, in the fifth year since its inception, HostBooks has launched HB Neo App, a user-friendly, consumer-grade accounting and business application targeted at MSMEs.

Role of digitisation in business compliance

Vikram began by outlining the challenges faced by the MSME sector in India today, one of which is the ease of doing business due to an overabundance of rules and regulations. Despite India ranking 40 on the World Bank’s Ease of Doing Business Index this year, most startups face issues due to major systemic flaws. The second issue he pointed out was the lack of funds despite government efforts to make business loans accessible. “Regulatory flaws that cause delays in obtaining permits and insurance can harm the chances of small and medium enterprises,” he said.

The third challenge is the lack of financial know-how to make the right decisions and manage businesses and the fourth is not being able to keep up with technological advancements due to lacking awareness, which prevents development. Another challenge they face is labour, he said, adding, “Indian MSMEs lag far behind their international counterparts in terms of technical expertise due to their reliance on low wage, informal workers who do not possess the necessary education and training to contribute significantly to production.”

Avtar highlighted that, over the past decade, there has been a significant push towards ensuring that every Indian has a banking relationship, however, “it has been restricted to a very small level and hasn’t gone beyond that”. He believes that post-demonetisation, people have begun to understand technology, but it is limited to digital payments only. “There is a huge market out there… [that] has to be explored with the agenda that every person who is part of the economy… has the ability to leverage the overall country’s capability to raise credit,” he said.

Avtar believes there is a need to create systems to allow businesses to avail formal credit, reduce costs, capture data digitally, and avail better credit access that will make the business efficient, cheaper to run, and manageable.

Kamal reminisced about the time when GST was introduced, as it was designed as a self-compliance-driven mechanism to bring more transactions into the books. He said that, contrary to popular belief, people are willing to comply with tax laws but are scared of the difficulties associated with them.

In his opinion, accounting and tax compliance are not very high on the agendas of one- or two-person-run MSMEs because of the various other things that demand focus. With increased awareness of such digital tools, entrepreneurs can ease pain, increase transactions beyond payments, and eventually increase GDP, he added.

Pitam opined that digitisation is the need of the era, as it will help MSMEs map vendor accounts and obtain summaries of collections and payments. Digitisation will also help MSMEs file indirect tax returns and adhere to tax payment deadlines. Thirdly, the transparency and audit trail also helps them integrate direct tax returns and minimise chances of error, he added.

He said that a digital platform will help entrepreneurs calculate drawing power before submitting bank statements, which will ultimately flow into their financial statements. Digitisation will help the MSME sector in multiplying sales and data collection for future mapping, which will help in the betterment of the economy as well, added Pitam.

Data use in micro and macro levels

Avtar believes that since accessing information is a challenge, a go-to space that is available at all times and helps you make business decisions when you need it will change the way businesses run. This also eases the process of delegation and remote monitoring of tasks, which will be meaningful for both entrepreneurs and MSMEs, he said. This data will also help policymakers in government policy creation, tracking, and monitoring of the industry’s progress, and lenders in the formal sector, he added.

Kamal believes that, once data is collated correctly, it becomes a capsule-like knowledge, which allows entrepreneurs to make better decisions. With the combination of business acumen and knowledge, one can create a great ecosystem that employs people of a similar calibre, he added.

Pitam said that Neo will help entrepreneurs and owners reduce time in collating data, allowing them to focus on what matters most. Secondly, digitisation allows startups to establish a digital network and analyse data, helping them expand exponentially.

The next steps forward

Avtar highlighted that kirana stores have now expanded to provide financial services, ticketing, collection and delivery services, which would not be possible without technological connections. “You are almost like the last mile for an enormous number of services,” he said. Technology is a big business enabler allowing entrepreneurs to spend time on productive activities and expand revenue generation, he added.

Kamal believes that the spread of technology is limited only by our imagination, and it is not an option to not be tech-savvy anymore. He believes that technology is the only way to eliminate hunger deaths in the country. “But [there is a lot of potential in a country like ours which is so diverse… it is only channelising and connecting the dots. Once those dots are connected, we have [a] complete ecosystem. There is nobody stopping this country,” he said.

New opportunities for businesses to explore

Pitam sees virtual meetings and remote business management becoming a pattern post-COVID. “This is the era of technology and [it] will overtake each and every one of us,” he said, adding that SaaS and other tech-based businesses are fetching higher evaluations than businesses with a physical location.

Vikram quoted Prime Minister Modi’s five pledges from this year’s Independence Day, which highlighted our individuality as a nation, our connection to our roots, and calls for unity to work towards development.

Addressing audience concerns about cybersecurity and privacy, Avtar said that the application is a cloud-based solution that is integrated with government-monitored banking systems in the country and adheres to company policies and regulations by cloud service providers, thus ensuring security of the highest kind.

Following the panel discussion, viewers were introduced to HostBooks’ journey as the countdown for the launch began. Kapil Rana and Biswajit Mishra, Co-founders of HostBooks, addressed the audience, highlighting their journey to build HostBooks and applauding their team’s efforts to create this application.

The chief guests, Vikram Gera and Pt. Pavan Kaushik were then assisted to install the HB Neo App live on their mobile phones, which was followed by the live launch and a feature video display of the application. The event closed with a cake-cutting ceremony and a felicitation of the panelists.