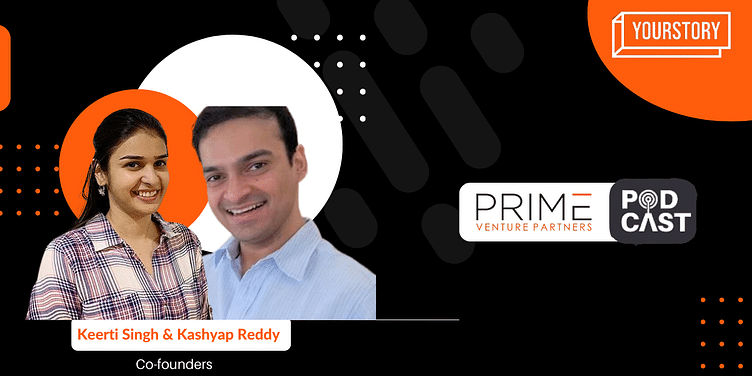 In this episode of the Prime Venture Podcast, Co-founders of Hitwicket, Keerti Singh and Kashyap Reddy join us to talk about building the world’s largest cricket strategy game. From India’s evolving gaming landscape to the rise of Web3 gaming, we discuss it all.

Keerti Singh and Kashyap Reddy, Co-founders of ﻿Hitwicket﻿, launched the mobile cricket strategy game in 2015. The game combines the adrenaline rush of playing cricket with the thoughtful brainstorming that goes into owning and coaching a cricket team. The powerful gameplay experience has helped Hitwicket attract more than three million downloads across 70 countries.

“And the beauty of the product is we have people who are 10 years old and 60 years old playing our game. And there are very few products in the world which have such a diverse spread of age groups,” remarks Kashyap.

Sowing the Seeds: How It Started

Kashyap was particularly fascinated by the world of board games and had been designing board games ever since he was 10.

A tryst with a football strategy game made him realize that the same experience could be replicated in a game involving another sport. Considering the non-stop hype around leagues like IPL, cricket seemed to fit the bill. And that’s what motivated Keerti and Kashyap to develop Hitwicket.

Besides being a strategy game, what sets Hitwicket apart is that it’s accessible to players across different age groups, genders, and geographic locations. That, in turn, has helped enhance its mass appeal.

“If you see IPL, you have Nita Ambani and Preity Zinta, a lot of women who are actually very actively associated with the sport. So that was one missing part in the cricket gaming ecosystem where the games were still about male cricket teams, and we wanted that it is inclusive of everybody,” adds Keerti.

Gaming, be it Web2 or Web3, is part of the larger entertainment industry. And India has always been an entertainment-hungry market. From movies and music to video games, the Indian audience is constantly looking for ways to stay entertained.

Moreover, the rise of affordable smartphones and growing internet penetration have made things like gaming more accessible across India. Players in Tier II and Tier III cities can enjoy some of the world’s most popular games as long as they have a smartphone and an internet connection.

Then there’s the ease of UPI payments, which gives users even more freedom in terms of gameplay. That also means the time is ripe for new game developers and entrepreneurs to take the plunge.

“So I think all these three combinations, smartphone, internet, UPL, they are creating that fantastic ecosystem where a user has a complete choice. What kind of games he wants to play, when he wants to play, and how deeper he wants to immerse in the game,” adds Keerti.

Web3: The next big leap

Web3 has become the most popular buzzword in the fast-evolving gaming landscape. The use of technologies like blockchain and decentralisation lets developers add new layers to enhance the gaming experience. Players can now play to earn real money and trade their assets from a game in an independent marketplace.

But that doesn’t necessarily mean all Web2 games will benefit from adding a Web3 layer in the future. It’s up to developers to decide whether the attributes of Web3 will make the gameplay more immersive and help them attract and retain players.

“Whenever we add web3 only for monetisation, there's a tendency of them losing their fun part as a trade-off for monetization. And that usually does not lead to good results in the long term. So the web3 layer, we should take a strong look at it, how does it enhance the game, and make it more fun for the user? And that as a side effect leads to greater monetization opening up different business models,” adds Kashyap.

While this is an exciting time to venture into the gaming industry, entrepreneurs must focus on building a top-notch gaming experience and understanding the needs of their target demographic. It remains the core tenet of building successful games that’ll last for generations.

“You shouldn't be chained by your own thought process or your own liking, and make sure that it is open and appealing to a wider TG. That way, even the kind of data that you get is big enough for you to make decisions, understand, and get meaningful insights out of it,” remarks Keerti.