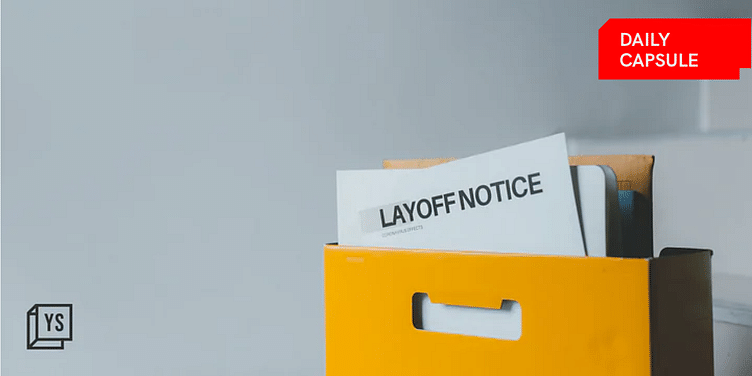 The Diwali spirit is already here!

A bit of good news as startup funding saw a sharp rise in the third week of October to $419 million from just $97 million the previous week. More than half of it was raised by BYJU’S  ($250 million) .

Oh, and T-Hub is going international! The Hyderabad-based incubator launched T-Hub Chicago to enable the tech ecosystem there, as well as help Indian startups scale globally.

In other news, Google said it will review Competition Commission's decision to impose a Rs 1,338-crore penalty for alleged anti-competitive practices, and termed the order a "major setback" for Indian consumers and businesses.

But Diwali is the time for gifts, and we’ve curated the ultimate gifting guide for you to find the perfect presents for the festival of lights.

Lastly, here’s why so many people love to laminate.

Here’s your trivia for today: Which luxury fabric is made from the leaves of the pineapple plant?

Layoffs at Synapsica amid fraud probe

The startup, which provides AI-based radiology reporting solutions, resorted to the layoffs as part of a restructuring and to redefine its business goals, said Co-founder and CTO Kuldeep Singh Chauhan.

In a statement, Uber said, "We have begun offering riders the choice of an electric vehicle on pre-scheduled trips under the Reserve feature on the Uber app. Uber Electric remains limited to parts of Delhi-NCR currently."

The joy of telling simple stories

Film producer Siddharth Roy Kapur has an affinity for simple stories that celebrate the wins of people.

Whether it is Barfi!, a love story about a man with speaking and hearing disabilities, or Dangal, about a father from Haryana who trains his daughters to become world-class wrestlers, Siddharth is drawn to inspiring stories. His latest production, Chhello Show (Last Film Show), a Gujarati film, focuses on a young boy from a village in Saurashtra, his love for cinema, and his dream of becoming a filmmaker.

Which luxury fabric is made from the leaves of the pineapple plant?