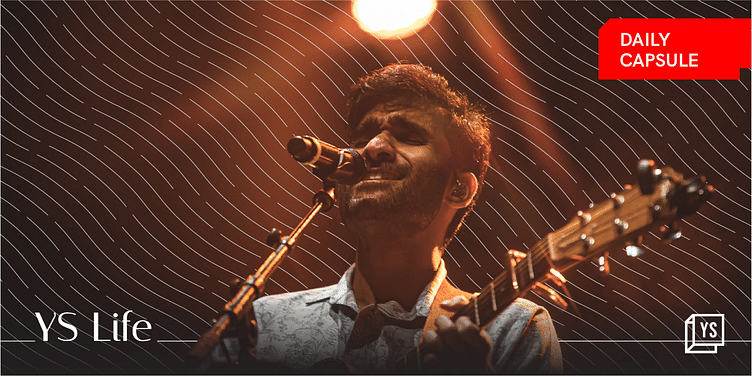 Singer-songwriter Prateek Kuhad takes us behind the scenes of his music composition process and his iconic music video ‘cold/mess’.

These are uncertain times for Indian startups trying to make it big on the bourses.

Paytm's share price dropped 10% on Thursday after a share sale by its key stakeholder—Softbank. ﻿Nykaa﻿ isn't doing too well either, with shares declining 7% to the day's low of Rs 171.05. This week alone, the beauty giant's losses on the markets extended to about 20%.

Meanwhile, tech giants are on the lookout for leadership talent as they take big decisions. Meta announced the appointment of Sandhya Devanathan as the Head and Vice President of Meta India. Even embattled Twitter is hunting for a new CEO as Elon Musk expects to reduce his "time at ﻿Twitter﻿."

ICYMI: Did you think Sanskrit is an extinct language? A Delhi cab driver will prove you wrong as he fluently converses with a passenger in the classical language in this video.

Here’s your trivia for today: Which country has the most freshwater resources?

In a candid conversation with YS Life, singer-songwriter Prateek Kuhad takes us behind the scenes of his music composition process and his iconic music video ‘cold/mess’.

What’s next for India’s fintech sector?

Harshil Mathur said the next wave of fintech would solve more complex problems, especially for businesses.

Hood, previously Zorro, is a pseudonymous social networking platform that aims to give users a safe space to express themselves, without the fear of being attacked publicly on social media.

Does the app deliver on its promise?

Which country has the most freshwater resources?

Answer: Brazil. It has around 12% of the world's total renewable freshwater resources, approx 8,233 cubic km.