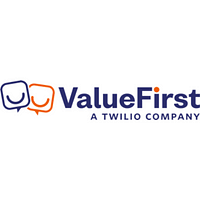 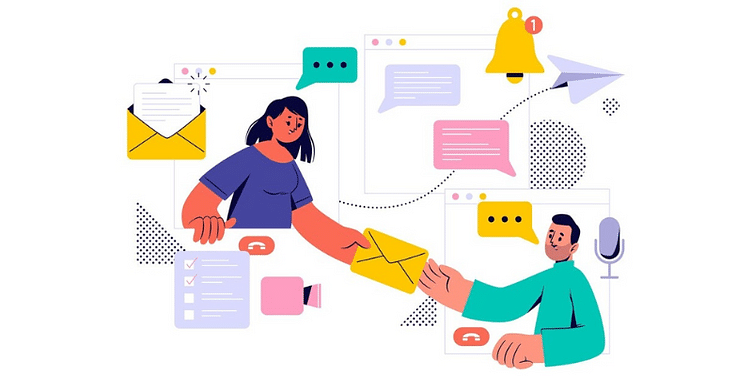 In 2021, approximately 309.6 billion emails were sent and received daily. The figure increased to 333.2 billion in 2022 – well over 3.5 million emails per second. A number is anticipated to grow continuously, as the web continues to welcome first-time users.

Looking specifically at India’s trajectory, the market is in rapid expansion mode. In the past decade or so, email has gained traction and has now become a preferred touchpoint. Case in point, email users in India grew from 34.9 million in 2011 to 200 million in 2018, more than 400 percent. The emergence of retail commerce/online shopping, and internet and smartphone proliferation in India has led to this change.

Thus, it’s no surprise that emails will continue to play a vital role in making marketing conversational, depending on emerging facets of technology. Gurugram-based ﻿ValueFirst﻿ enables intelligent conversations for enterprises over telecom (SMS and Voice) and internet (chatbot, email, and OTT) channels. For almost two decades now, ValueFirst has been making it easier for brands to build meaningful interactions with their consumers on the channel of their choice.

“We knew for a fact that email is a top channel when it comes to customer interaction. Compare it with any other social media platform and see how the algorithm changes direction toward the frequency of how often people see your message. Thus, over all these years, we have worked on multiple projects that continue to make the world of email even easier,” says Vishwadeep Bajaj, CEO and Founder, ValueFirst.

Established in 2003, ValueFirst was initially conceived out of compulsion. As Vishwadeep recalls, he was working as the CEO of Europe operations in a UK-based startup called Telcon which provided consulting services to internet and telecommunications services. However, with the dotcom bust and the occurrence of 9/11, Vishwadeep decided to come back to his roots, envisioning the idea of an enterprise communication platform encompassing the telecom and communication market.

“I realised the potentiality of the Indian market and decided to explore more of this sizeable opportunity. Initially, when we started, we realised that India at that point had already seen a significant mobile adoption over the last few years. Thus, emerged the idea of shifting the enterprise content over the 160-character payload of SMS. The idea was to offer solutions by banking on the existing infrastructure and using SMS as the transport bearer. That’s how ValueFirst started as a significant compulsion,” explains Vishwadeep.

Over the years, ValueFirst has seen email becoming the strongest channel for marketers to connect with their consumers at scale and engage them. Today, driven by around 500 people across the globe, ValueFirst caters to a diverse customer base including brands like Pepsi, P&G, Google, Indigo, and Punjab National Bank.

“Indian companies deliver millions of emails daily. The problem is only a very few reach their inboxes and most land as junk. Our deliverability team has been working closely with companies to increase the industry average of 75 percent to about 96 percent directly to the inbox,” says Himanshu Kumar, President of Strategy and Key Initiatives, ValueFirst.

ValueFirst has also managed to create a niche when it comes to competitive advantages. Vishwadeep adds, “We are a one-stop-shop for any enterprise looking for ways to communicate with their consumers. We’ve managed to take a stance on product leadership with the launch of Botsup (DIY chatbots) and NotifyHub (SMS switch for carriers). Having all channels stitched together has been a great competitive edge for us.”

After the recent acquisition by San Francisco-based cloud communications and customer engagement platform Twilio, ValueFirst has made available the world’s leading email sending platform, SendGrid. With this development, ValueFirst is now able to cater to companies and email programs across sizes and industries. The platform is now more flexible for developers and marketers to collaborate and create scalable email programs.

Emails when compared with other channels, always win with respect to ROI and reach. For enterprises to drive engagement, email marketing works best merging best-of-data practices and hyper-personalisation.

ValueFirst has been building a diverse portfolio of use cases, making the world of email marketing even easier. For instance, ValueFirst Boarding Pass is an offering that helps airlines with their critical email delivery of boarding passes or changes. In fact, ValueFirst, powers 57 percent of the boarding passes in India. Other interesting use cases include two-factor authorisation via OTP mailers and event-based triggers across industries.

“Email at ValueFirst focuses on three key pillars; scale with our complex yet smart infrastructure, people who are deliverability experts, and innovation with technology. This makes our offerings valuable for enterprises to need to send emails that create a meaningful connection,” explains Vishwadeep.

Additionally, ValueFirst has been leading the way in bringing changes to the world of email marketing. One of the key initiatives on this ground has been creating interactive emails with features such as background colour or even image change on hover, embedded surveys to prevent user redirection, and more.

More recently, ValueFirst delivered three million emails for a fintech leader with a delivery rate of 99 percent across four different promotional campaigns and strives to work on better domain warm-ups and clean-email lists to maintain the success rate.

Looking from a broader perspective, ValueFirst works closely with enterprises and handholds them into successful email marketing programs. Its managed services are helping brands scale up volumes, implement campaigns, and offer predictive analysis to ensure inbox delivery. Besides, its in-house tools for data validations and attendance on global email industry groups, continues to make the complex world of email marketing easier than before.

Coming back to recent facts and figures, ValueFirst has already proved its mettle by servicing over 3,000 brands across the globe, with the industry’s best customer satisfaction score of 88 percent, enabling over 60 billion interactions last year.

“Our teams are working on making email even more interactive with developments for specific sectors like order placement, tracking, flight booking, etc. all happening within the email body. We are also working closely also to integrate CDP capabilities within the tools,” says Himanshu.

Concluding the thoughts on email and ValueFirst, Vishwadeep spoke about geographic expansion to more countries, third-party integrations to increase platform usage, and finally, cross-channel marketing capabilities to make the best of conversations. ”Five years down the line, ValueFirst might want to focus on the above growth areas to strategically aim at the competition and telecom (SMS and voice) and internet (chatbot, email, and OTT) channel market share,” he adds.