Worker shall not resort to moonlighting as per rule; govt not conducting any study on this: Labour Min 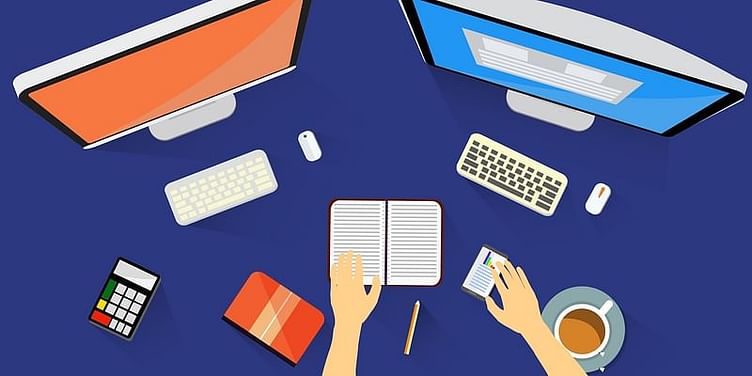 The issue has been in public discourse especially among IT professionals as some of them reportedly resorted to moonlighting during Covid pandemic.

Workers shall not take any type of work against the interest of employer in addition to his or her job as per legal framework, but the government is not taking up any study on the issue, Parliament was informed on Monday.

When a full-time employee of a company takes up an extra job, usually without the employer's knowledge, it is called moonlighting.

The issue has been in public discourse, especially among IT professionals, as some of them reportedly resorted to moonlighting during Covid.

"As per the Industrial Employment (Standing Orders) Act 1946, a workman shall not at any time (type of) work against the interest of the industrial establishment in which he is employed and shall not take any employment in addition to his job in the establishment, which may adversely affect the interest of his employer," Minister of State for Labour & Employment, Rameshwar Teli, said in a written reply to Lok Sabha.

Teli was replying to a question that whether the government considers moonlighting to be an efficient reason for firing of employees.

On a question that if the government has undertaken any study on moonlighting in the country, the minister replied,"No, sir."

About the question that whether the government has instructed companies not to fire employees as a result of moonlighting, the minister stated that the jurisdiction in the matters with regard to multi-national and Indian companies in the IT, social media, edtech firms, and related sectors lie with the respective state governments.

However, he told the House that matters relating to lay-off and retrenchment in industrial establishments are governed by the provisions of the Industrial Disputes Act, 1947 (ID Act), which also regulates various aspects of lay-off and conditions precedent to retrenchment of workmen.

As per the ID Act, establishments employing 100 persons or more are required to seek prior permission of the appropriate government before effecting closure, retrenchment, or lay-off, he stated.

Further, he stated that any retrenchment and lay-off are deemed to be illegal, which is not carried out as per the provisions of ID Act.

The ID Act also provides for right of workmen laid off and retrenched for compensation and it also contains the provision for re-employment of retrenched workmen. Based on their respective jurisdictions as demarcated in the ID Act, central and state governments take actions to address the issues of the workmen and protect their interests as per the provision of the Act.

In the establishments that lie in the jurisdiction of central government, the Central Industrial Relations Machinery (CIRM) is entrusted with the task of maintaining good industrial relations and protect the interest of workers including on the matters relating to lay-off and retrenchment and their prevention, he stated.

The minister also apprised the House that employment and retrenchment including lay offs are a regular phenomenon in industrial establishments and no specific information is available to indicate that lay offs are happening due to moonlighting.