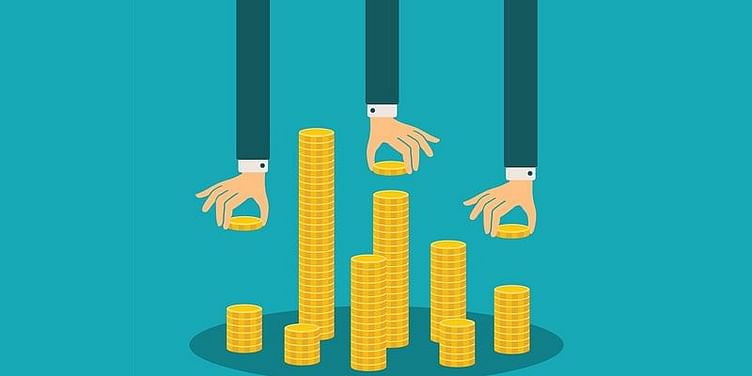 YourStory presents daily funding roundups from the Indian startup ecosystem and beyond. Here's the roundup for Tuesday, January 17, 2023.

After raising over $11 million on Monday, the startup ecosystem witnessed an even better day as startups raised more than $22 million in funding today.

Tech giant ﻿Microsoft﻿ invested an undisclosed amount in HRtech startup ﻿Darwinbox﻿ as part of its Series D funding. Though the companies declined to comment on the amount, Microsoft has invested around Rs 32.6 crore (or nearly $4 million) in the Hyderabad-based company, according to the latter’s filings with the Ministry of Corporate Affairs.

"This support from MicroVest will allow us to continue making a positive impact on SMEs. The funding will be used to help accelerate the growth of MSMEs and integrate them into the mainstream financing ecosystem,” NeoGrowth MD and CEO Arun Nayyar, said.

Deeptech startup ﻿Chara﻿ has raised $4.75 million in a pre-Series A round led by ﻿Exfinity Venture Partners﻿ . Vietnam-based Big Capital, the venture arm of Bitexco and Log9 Materials, and existing investors Kalaari Capital and ciie.co also participated in the round.

The company will use the fund for team expansion, international business development, and initial investment for manufacturing and deployment of developed motors/controllers, Bhaktha Keshavachar, Founder and CEO, Chara, told YourStory.

Deeptech to power up the next big transformation in India: industry experts

The Faridabad-headquartered firm said that the funding will support it to achieve its goal of powering millions of homes in India in the medium term through sustainable solar energy.

“As Loom Solar has been overcoming the disruptions caused by COVID-19 in the supply chain and is steering through the recent changes in import duty that slowed down the market briefly, we believe that EARF support from SIMA can make Loom Solar be more resilient to achieve its energy access goals,” Arivazhagan GD, Partner at SIMA, said.

Founded in 2018, Loom Solar offers a wide range of solar panels. The startup claims that it powers over 50,000 homes across India.

Sid’s Farm raises $1M in a bridge round

Direct-to-consumer dairy brand ﻿Sid's Farm﻿ has raised $1 million in a bridge round from its high net-worth customers and their referrals. It will use this fund for new product development, infrastructure upgrades, deeper retail penetration and digital transformation in order to gear up for future trajectory.

“In an industry that’s largely fragmented and has traditionally been slow in adoption of technology, Sid’s Farm’s approach is simple and agile. It's a pleasure to be associated with Kishore and Sid’s Farm in their endeavour to provide pure dairy products” Sunil Kumar Potturi, a lead investor in this round, said.

Founded in 2016 by Dr Kishore Indukuri, Sid’s Farm is trying to revolutionise the testing of milk ensuring no traces of antibiotics, hormones, or preservatives in the milk and dairy products. The company claims that it currently serves over 15,000 customers daily on a subscription basis.

Rewards-based savings app SayF has raised $240,000 in a pre-seed round led by ﻿Titan Capital﻿ , Sunn91 Ventures, and other prominent angel investors. It will use the funding for its initial team building, product refinement, and early product experimentation.

“SayF is one platform that is paving the way for Indians to make smart decisions when it comes to saving money. We are happy to be associated with SayF and its talented team. We see a huge potential in their venture,” Bipin Shah, Partner at Titan Capital, said.

Founded in 2021 by Aman Singh and Priyesh Gandhi, SayF aims to help its users in saving, investing, and optimising the spending of money. Over the last four months, the platform claims to have helped users invest about Rs 40 lakh.

Founded by Sajith Abraham and Monak Gohel, MeraTractor is working to create an ecosystem that works to organise how farm mechanisation products and rural financial products are sold in India. The Pune-based startup has raised total capital of Rs 7.25 crore post this round.

Revenue-based financing platform ﻿Klub﻿ has invested over Rs 50 crore into sustainable brands such as Neemli Naturals, BluSmart Mobility, Ariro Wooden Toys, Ecofynd, ﻿Freyr Energy﻿, and ﻿Hero Electric﻿. The investments into the brands were made through its capital platform in 2022.

Founded in 2020 by Anurakt Jain and Ishita Verma, Klub provides flexible funding up to Rs 30 crores to digital businesses and SMEs with recurring revenue. The company claims to have funded more than 380 brands across sectors in India.