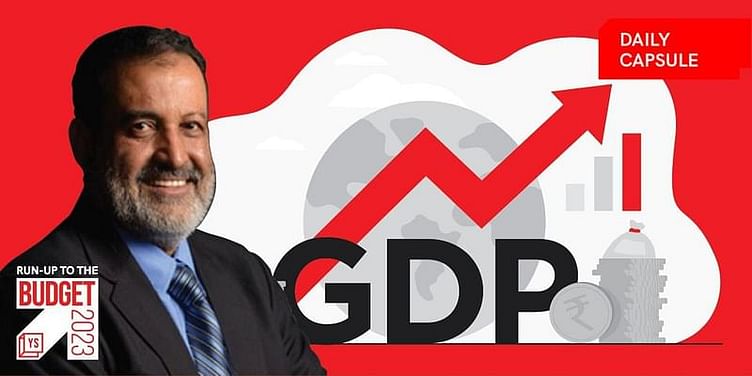 The Indian economy is in good shape, with signs of a capex-led consumption boom. Now the challenge for the government is to come up with a budget that will accelerate growth, spur the spirit of Indian entrepreneurs, and make India more productive.

In the last 48 hours, the news of GoMechanic's financial impropriety has ignited a discourse on the responsibilities and obligations of investors in maintaining regulatory compliance for the companies in their portfolios.

The Bengaluru-based startup, last valued at $300 million in January 2021, is now in freefall after revelations it had inflated its revenue numbers in pursuit of a fresh round of funding.

The layoff saga continues, and the latest to join the trend is Big Tech Alphabet.

The parent company of Google plans to cut roughly 12,000 jobs or 6% of its workforce worldwide, affecting teams across recruiting and some corporate functions, and engineering and products teams.

Food delivery major ﻿Swiggy﻿ also laid off 380 members of its 6,000-strong workforce. Meanwhile, Moneycontrol reported that San Fransisco-based ﻿Hubilo﻿ also laid off nearly 35% of its workforce, around 115 employees. Both companies cited ‘restructuring exercise’ as the main reason for the job cuts.

ICYMI: Pizza Hut is bringing back its “big New Yorker” pizza in style while also setting a record!

After that sumptuous pizza, if you feel like taking a nap, this quaint hotel allows you to sleep in two countries at the same time.

Here’s your trivia for today: Yodelling is a musical tradition from which country?

Aarin Capital Co-founder TV Mohandas Pai thinks India should leverage buoyant tax collections and increase its capital expenditure to spur growth and consumption in the economy. The upcoming Union Budget 2023-24 can serve as a great opportunity to tackle taxes.

Journey off the map with Breakaway

Founded in 2011, Breakaway offers arts, crafts, and textile immersions, ranging from day-long workshops to week-long trails led by some of the respected names in their fields. It was born out of ﻿Jaypore﻿ Co-founder Shilpa Sharma's love for solo travel and her interest in craft and textiles.

Hard Rock Cafe (HRC) is known for its legendary burgers, handcrafted cocktails, and live music. After enthralling Delhiites for years, and then breaking many hearts when it closed, HRC is making a comeback in Delhi—that too in the city's heart, at Connaught Place.

Yodelling is a musical tradition from which country?