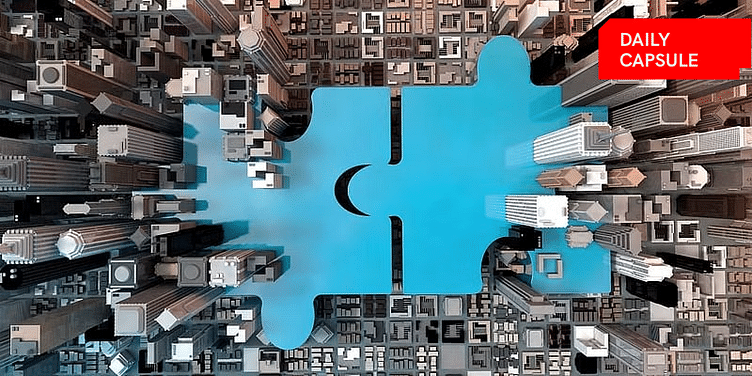 Mumbai Angels, among India’s oldest network of wealthy individual investors in early-stage deals, promptly announced the launch of two funds following its acquisition by 360 ONE for Rs 45.73 crore.

The government is considering lowering rates under its voluntary income tax framework for inclusion in the Union Budget for 2023-24, Reuters reported.

While the optional tax scheme—announced in 2020 to make compliance simpler—offers lower headline taxation rates on annual income, experts say it is unattractive to many as it does not allow exemptions on housing rentals and insurance, among other things.

In a historic turn, China saw its population fall last year for the first time in six decades. The country reported a drop of roughly 850,000 people for a population of 1.4 billion in 2022, marking the first decline since the Great Famine in 1961.

Are you yearning for a four-day workweek? Finally, a real-world experiment proved that we should all shift to the said work routine!

The experiment, organised by 4 Day Week Global, reported overwhelmingly positive results: Companies in the programme reported increased revenue and improved employee health and well-being, as well as a positive impact on the environment.

Here’s your trivia for today: Which European company made the C-Zero electric car?

Mumbai Angels, among India’s oldest network of wealthy individual investors in early-stage deals, promptly announced the launch of two funds following its acquisition by ﻿360 ONE﻿ for Rs 45.73 crore.

The first is an angel fund of Rs 1,200 crore, which falls well within its domain. The second—a venture capital fund of Rs 500 crore—signals new ambitions that probably prompted the sale to the entity formerly known as IIFL Wealth and Asset Management.

Fintech’s dreams for the Budget

In 2022, fintech startups faced multiple challenges—increased regulatory oversight from the Reserve Bank of India, a slowdown in global economic growth, and a funding winter.

Companies hope the Budget 2023 will help them add more muscle to their businesses, with lower tax burdens and better lending arrangements with regulated entities.

The poor coverage of charging stations—a key hindrance to electric vehicle adoption—is expected to change, at least in Maharashtra.

Taiwan-based ﻿Gogoro﻿﻿ Inc said it will invest $2.5 billion, along with Indian automotive systems manufacturer Belrise Industries, to set up an extensive network of battery swapping stations for electric vehicles in the state.

Which European company made the C-Zero electric car?