What women want from Budget 2023 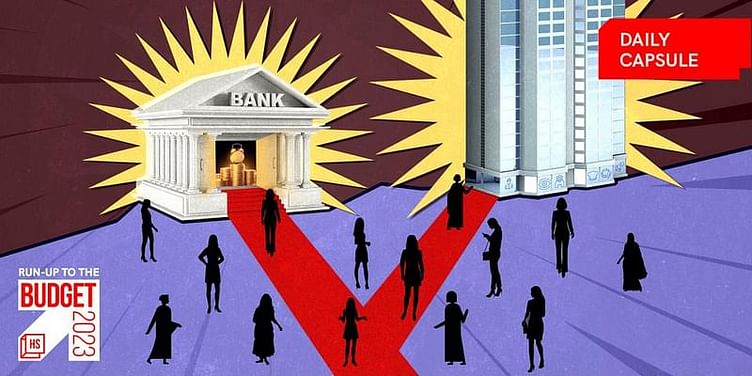 HerStory spoke to women across different industries to understand their expectations from the Union Budget 2023.

﻿GoMechanic﻿’s troubles aren’t over yet.

The Sequoia- and Softbank-backed startup has allegedly approached car-selling marketplaces like ﻿﻿Cars24﻿﻿ and ﻿﻿Spinny﻿﻿ for a potential acquisition, Moneycontrol reported.

This news comes a week after the company laid off about 70% of its workforce and misled investors about its sales and costs.

In other news, following the allegations of financial irregularities at GoMechanic and Zilingo, Sequoia Capital’s regional arm in South and Southeast Asia is weighing special audits of several investments in the region.

According to Bloomberg, the venture capital firm will work with EY on some of these audits, and will increase budget allocations to help investee companies put governance guardrails in place.

Meanwhile, ﻿﻿Zomato﻿﻿ is rebranding its 10-minute food-delivery service Zomato Instant, as well as working on a new menu with its restaurant partners.

Here’s your trivia for today: Which was the first lunar probe launched by a country other than the Soviet Union or the United States?

What women want from Budget 2023

Since 2019, Finance Minister Nirmala Sitharaman has kept the focus on women in her Budget speeches through initiatives such as Daanyalakshmis (seed distributors) or revamping schemes like Mission Shakti, Mission Vatsalya, Saksham Anganwadi, and Poshan 2.0.

While the tech landscape might be overshadowed by the gloom of layoffs, the software-as-a-service (SaaS) sector offers a silver lining of hope. According to the ‘India SaaS Report 2022’ by Bain & Company, about 65% of enterprise companies expect to raise their software budgets in 2023.

Jaipur-based ﻿Dawaa Dost﻿ is working on cutting down the expense of prescriptions by at least half and delivering medicines at the doorstep. Customers can avail its services both online and offline.

Which was the first lunar probe launched by a country other than the Soviet Union or the United States?