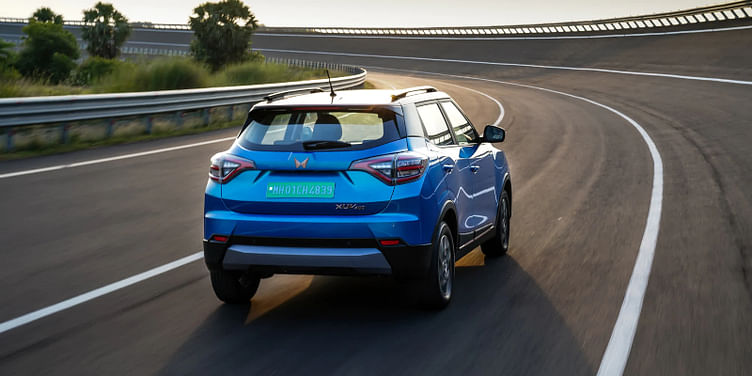 In recent years, manufacturers around the globe have gradually shifted their focus to developing electric vehicles (EVs). On the occasion of World EV Day, Mahindra took the wraps off the new XUV400 electric SUV, marking the company’s return to the EV segment.

The official unveiling of the upcoming EV took place at the Mahindra Research Valley near Chennai and the company will reveal the prices in January 2023. Units of XUV400 will start reaching dealerships from December 2022 onwards for test rides whereas deliveries and bookings are expected to commence in the following month.

XUV400 will be the first EV from Mahindra’s second innings that will include an onslaught of battery-powered vehicles including the XUV.e and BE range, recently unveiled last month in their concept prototypes in the UK.

However, unlike other Mahindra electric SUVs, XUV400 is not based on the new INGLO skateboard architecture. In fact, XUV400 is based on the ICE-powered XUV300– both in terms of its underpinnings and design. That said, the dimensions of the new electric SUV are different from its ICE counterpart.

XUV400 is 205mm longer than XUV300 at 4,200mm which has been achieved thanks to a redesigned rear end. The compact electric SUV is 1,821 mm wide, 1,634 mm tall and offers a 2,600 mm long wheelbase. For most parts of it, XUV400 looks similar to its ICE sibling but receives several noticeable updates. Up front, the grille and air dam vents are sealed off since EVs don’t require that level of cooling.

XUV400’s side profile is almost identical to XUV300 with similar real estate in the glass area and a prominent character line over the rear quarter. It even rolls on the same 16-inch dual-tone alloy wheels as its sibling. The rear end gets a slightly updated styling with a new tailgate design and new detailing in taillamps featuring arrowhead-shaped inserts.

The interior layout of XUV400’s cabin has been directly lifted from XUV300, although the former gets an all-black theme compared to the lighter colours seen on the latter. The satin copper treatment on the exterior is carried inside the cabin too with bronze accents around side AC vents, knobs and gear selector.

New gloss black inserts on the dashboard and steering wheel provide some nice contrasting touches. The latter even flaunts the new Twin Peaks logo in copper accents. In terms of equipment, it is similarly loaded as XUV300 with features like a 7.0-inch touchscreen infotainment system enabled with Android Auto and Apple CarPlay connectivity and an analogue instrument cluster with digital MID.

Safety is handled by features like six airbags, disc brakes for all four wheels, ISOFIX anchorages and an IP67 rating for the battery pack. Mahindra claims a class-leading room inside the cabin due to the extended wheelbase. It even gets a sizable 378-litre boot space– courtesy of a larger rear overhang.

Powering XUV400 is a front-axle mounted single synchronous electric motor that dishes out 148 bhp and a class-leading peak torque of 310 Nm. Power is drawn from a 39.4 kWh lithium-ion battery pack with a claimed MIDC range of 456 km on a single charge. The sprint to 100 kmph from a standstill takes 8.3 seconds while the car’s top speed has been capped at 150 kmph.

It takes 6 hours and 30 minutes for the battery pack to get fully recharged using a 7.2 kW/32A outlet. The same is achieved in 13 hours when using a standard 3.3 kW/16A domestic socket. The battery can be replenished 0-80% in only 50 minutes with a 50kW DC fast charger.