What my girlfriends taught me about careers, money, and happiness 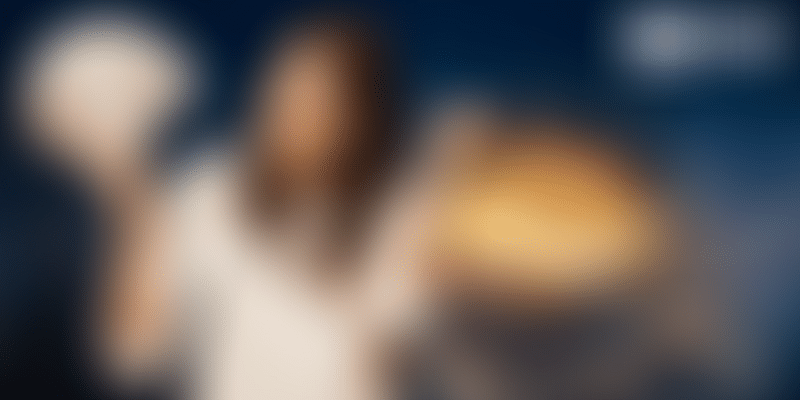 People don’t talk about money; women even less so. Strangely, money is still one of the taboo topics in Indian society, along with sex even as politics and religious discussions have become a norm in living rooms. I asked my girlfriends about why they think this is - they simply shrugged and said something along the lines of “managing money is boring, what’s there to talk about, etc.” But when I asked about how money, or lack thereof, had shaped their lives, they started talking. In fact, they were ok about me recording these conversations. I decided to turn some of these into podcast episodes - to listen, and you can do so too, just search for Meri Pyaari Saheliyan with Hansi.

Here are some of the take-aways from those conversations that remind us that women are smarter about life and money than what they are given credit for:

Working is not just about money; it’s also about self-esteem and human relationships

Working outside home is a necessity for the poor, and a “career” for the upper middle class and rich. Most of my girlfriends consider themselves middle class. (though I have to remind them that they are probably in the top 5 percent income earners and wealth owners, at least). So unlike the majority of Indian middle class women, they had chosen to work. Yes, while the income helps, most of my girlfriends confirmed that they work to have financial independence, intellectual stimulation and human relationships with colleagues, clients and suppliers. For example, Prarthna started working at the age of 18 just because she felt an innate desire to earn her own money, even though her parents and then her husband were happy to provide for her.

On the other hand, the women who didn’t end up working expressed regret. Pushpa was born into an affluent family, and married well to someone who went on to become a CEO, so she enjoyed a good standard of living throughout her life. However, at the age of 60, she regrets not having worked. She believes the result is that her self-esteem is not as high as it could have been. She also believes that she would have been a better judge of human character if she had been exposed to the ‘real world’ rather than just the fictional characters on television. Today, even this lot is ensuring that their daughters and grand-daughters fully explore the opportunities they themselves did not have, even if they don’t need to work for money.

Having earned and saved their own money, some girlfriends have developed self-confidence to deal with tough situations, including the loss of their spouse or custody battles. Their savings gave them the option to pursue paths they wanted to. Kanchana had started saving profits from a little business while being married. When her husband died very young, leaving her with a toddler, she relied on those savings and then got herself a job based on her excellent communication skills. Prarthna also had to endure a custody battle with her mother-in-law when her husband died, but she eventually won because she had good savings and income. As she said, “If you don’t save… you can’t do what you want to, you’ll have to do what you have to.”

Interestingly, while all my girlfriends had doting fathers, they were inspired and supported by other women in their families - mostly their mothers but also grandmothers. Role models matter.

Sangeeta was inspired by her mother’s charity work, but it was her religious “chua-choot-type” newspaper-reading and always voting grandmother who encouraged her to become a pilot when the rest of the family doubted her. She went on to become the second woman commercial pilot in the country when a new private airline started in the 90s.

Alpana was taught the language of money by her grandmother who had risen to a very high rank in her administrative career. While she herself did give up a career to raise her young daughters, she’s put her knowledge to good use by taking charge of the family office investments and set a good example. She thinks women of other business families who simply sign cheques sent by their accountants are probably perpetuating that dependence.

Kanchana doesn’t bat an eyelid about earning more than her partner because she had already seen her banker mother support the family, allowing her the father to follow his ideals.

All these women have daughters and are keen to set the right example.

Maybe it has something to do with the fact that I and most of my girlfriends came of age in the 1990s in an era of scarcity, but we all feel very strongly about our ‘middle class values’ of saving, frugality, and good education.

While Sangeeta did risk her parents’ retirement for her pilot training course, none of the others did so. Indeed, in a country obsessed with collecting degrees by risking parents’ retirements or years of debt repayments, it was refreshing to hear Kanchana talk about how she started her career with good communications skills, and then built it up by staying curious and continually learning. Not only does she read voraciously, she updates her qualifications from time to time, even in her 40s, such as her recent certificate in intellectual property.

Her and my advice to millennials is to leverage freely available knowledge on YouTube and MOOCs, and pay for specialist qualifications, ideally with their own money.

Women don’t want to have it all; they want a choice to have different things at different stages in life

I am constantly amazed at the number of women who insist they are not feminists. I was grateful that my girlfriends explained the real meaning of feminism - having opportunities and choices.

For Alpana, it was the choice to give up a business when she felt stagnated and choose motherhood and running the family office. For Kanchana, it was admitting that she can’t ‘have it all’, and resetting priorities year after year. For Pushpa, it was calling out husbands who don’t share financial matters with their home-maker wives.

I’ve studied finance, thus know how complex investing is. And how intimidating the financial services industry can make it sound.

But all my girlfriends did manage to get the most important thing right - diversification. They intuitively spread their money across fixed deposits, real estate and gold - and eventually dipped their toes into the sea of equity mutual funds. None of them have heard the terms “efficient frontiers” or “optimal asset allocation” - and I am glad.

If I had to teach them one thing, I would make them re-balance their exposure to these building blocks in line with their goals. The rest they can ignore.

Like everyone else, my girlfriends and I hoped for a happy life, but we also expected some adversity. Whether it was the loss of a spouse months after child-birth or the diagnosis of an incurable disease, these courageous ladies had strong minds, a good support network, some cash flow, and an insurance policy!

Kanchana not only learnt about loss and disease early in life, she learnt about the intricacies of insurance by working in the insurance industry. I guess Pushpa was lucky that her husband also worked in insurance so had good coverage to pay for her illness. The others learnt by trial-and-error but now all have insurance policies in place. They all intuitively expected and managed risks.

Relationships have value; ask friends for help rather than paying for everything

Women tend to have a strong network of relationships, and are not afraid to ask for help. This is a very smart strategy. One can’t possibly have enough mental strength or money to pay for every unforeseen event. I suggest we feel free to ask - whether it’s time to vent or a shoulder to cry on, a place to live for a few weeks or money to pay for a hospital bill, or for that matter, advice on financial matters. It’s wise to invest time in a few relationships.

Alpana summarised this the best when she said, “Time is the real currency.” By investing well, she ensures her assets earn a good passive income, so she can spend time with her children.

I spend a lot of time talking to men about finance and investing. While I enjoy the intellectual stimulation of discussing the merits of low-cost passive investing versus the thrill of active management, I have to admit I also like the simplicity with which my girlfriends approached money - as the means to the end of living a happy life. I hope more women take the first step by talking openly about the role of money. Start by talking with your girlfriends.