Here’s why 100 women from STEMM are heading to Antarctica 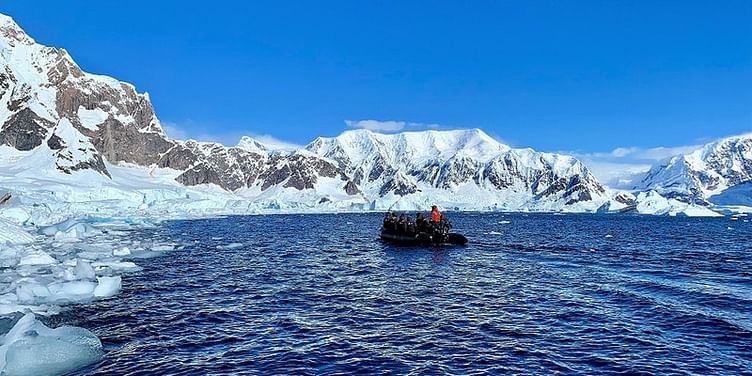 100 women from fields of STEMM will set sail for Antarctica on November 21, as part of the Homeward Bound programme. The year-long leadership program culminates with the three-week expedition to the southernmost continent.

Julia May and Sarah Anderson along with 98 other women from fields of STEMM (science, technology, engineering, mathematics and medicine) are going to Antarctica. The expedition, part of a program called ‘Homeward Bound’ is a global initiative supporting women with a background in STEMM into leadership.

Julia May was a journalist for 12 years with experience in leading media networks before she co-founded Visibility Co. with Sarah Anderson, who was strategist and global engagement expert to leading corporations.

On November 21, the fourth cohort will depart for the southernmost continent becoming the largest all-women expedition to Antarctica with 100 women setting sail. On board the ship over three weeks, the women will be guided through an immersive programme to develop the will and the skills to be more visible and effective leaders.

Even though women form a large part of the workforce, but higher up the ladder in decision-making positions, the percentage of women is scarce. According to Julia and Sarah, “women comprise fewer than one in five CEOs of ASX-listed companies, a figure that is repeated across geographies and sectors — including, crucially, government.”

A 2015 UN Women position paper states that women’s empowerment and gender equality can have positive effects on combating climate change. The planet’s future could be dependent on bringing more women into decision making roles.

The Homeward Bound similarly provides “women with leadership, visibility and strategic skills, a sound understanding of the science, and a strong purposefully developed network, we will enhance their ability to lead for the greater good, to impact decision-making for a sustainable future.”

All these women become a part of a global network of like-minded women who are committed to demonstrating leadership that will influence sustainable future for all of humankind.

This graduating cohort is heading to Antarctica to observe first hand the effect of human activities on the environment and comprehend the global-scale change that is required. Antarctica is rapidly and visibly most affected by the climate emergency and women in STEMM along with leading experts can help provide solutions to the problem.

The Homeward Bound programme alumni includes Phoebe Barnard who led the declaration by 11,000 scientists around the world that the climate emergency will cause “untold suffering”. The programme is also backed by climate change luminary Christiana Figueres, primatologist Jane Goodall and marine explorer Sylvia Earle.

Meet Bhavna Singh, the woman who travelled to Antarctica to help promote sustainability in Indi...