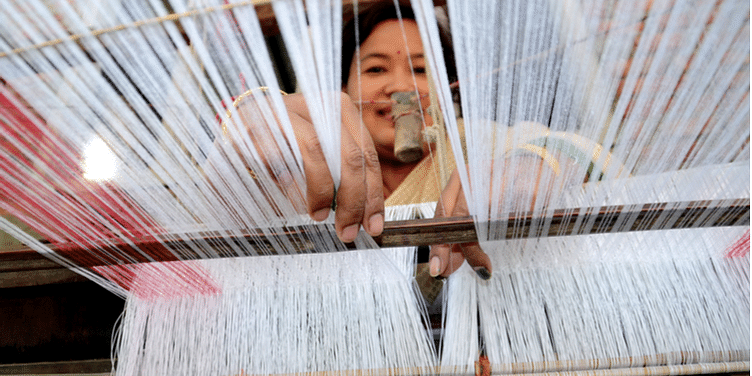 A report by Azim Premji University’s Centre for Sustainable Employment and Global Alliance for Mass Entrepreneurship (GAME) highlights that microenterprises can create gender equity and spur job growth if they scale up.

A report by Azim Premji University’s Centre for Sustainable Employment and Global Alliance for Mass Entrepreneurship (GAME) highlights that microenterprises can create gender equity and spur job growth if they scale up.

The study, authored by Azim Premji faculty Amit Bosale and GAME’s Vidya Chandy, focuses on how India's microenterprise can spur growth and gender equity. The report, titled Microenterprises in India: A Multidimensional Analysis, concluded that microenterprises - units with fewer than 20 workers - can be significant drivers of job creation and provide solutions to India’s employment problem.

The study uses case studies of the non-farm microenterprise clusters, in general, and women entrepreneurs, in particular, to elucidate that improvements in factors like collective action, infrastructure, credit, and market linkages are in place can encourage growth.

The study reports that there is a problem with women’s participation in microenterprises. Social and market factors are loaded against them affecting their productivity. Women run 20 percent of all microenterprises, make for 16 percent of their workforce, and contribute nine percent of aggregate value-added in the sector till 2014-2015, according to the study. However, in 2015, their share in the ownership of micro units and value added did not increase and their share fell two percentage points from 18 percent. The report believes that State and Central governments can help scale their operations and become more gender-inclusive.

The study also points that some industries like tobacco, paper and paper products, chemicals, apparel, textiles, plastics, beverages, education, miscellaneous manufacturing, and wood products have more than their average share of women owners. However, key industries such as food retail and health lack women owners/entrepreneurs. While, the transport and furniture industry have practically no women representation.

“Women tend to operate smaller enterprises, tend to be home-based and tend to work with other women. They often do not own assets that can be collateralised for credit,” said Amit Bosale, co-author of the study. More than three-quarters of total workers employed (13.4 million) by women-owned establishments were female. This shows that there is high tendency for women to work with other women. Manipur (91 percent) and Kerala (90 percent) had the most in terms of women-owned enterprises that employ women.

Women also find it harder to invest enough time in the enterprise because they have to juggle domestic work. They also face discrimination in the market when negotiating prices.