Are we suffering from the Imposter Syndrome? 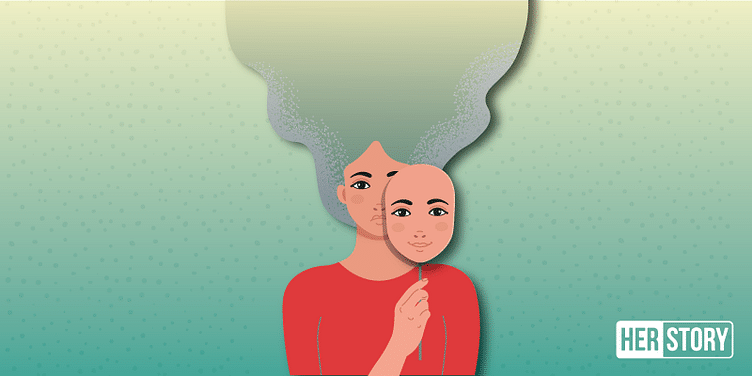 Imposter Syndrome – feelings of inadequacy despite achieving success – is determined to be a silent career killer.

Last week during the International Women’s Forum World Leadership Conference in Toronto, I shared a lunch table with a 2018 Nobel Prize laureate in chemistry, Dr Frances Arnold. The room was full of accomplished women like her - Olympic athletes, Nobel Prize winners, astronauts, medical geniuses, CEOs. It was exhilarating to be in their midst and realise the range of talented minds in the room.

Just days earlier, I had attended a leadership programme for 37 women that preceded the conference and my feelings were quite different. Reading the biographies of my classmates made me feel inadequate and intimidated. Why was I selected to be part of the group, I wondered. As we broke the ice at the start of the programme and got to know each other through story-telling, we each realised that every single one of us was intimidated by each other’s biographies. We all had a case of Imposter Syndrome.

Imposter Syndrome affects many women, no matter how much success they have achieved. It is determined to be a silent career killer. Psychologists Pauline Clance and Suzanne Imes in 1978 identified this syndrome and believed that it only affected women. But subsequent research has shown that men are also affected. However, women tend to be more susceptible because they produce less testosterone – the confidence hormone.

By the time the conference began, I felt more comfortable being there. As I chatted with Dr Arnold over lunch, I recounted how the Indian media recently had gone berserk celebrating Dr Abhijit Banerjee’s Nobel prize and completely relegated Dr Esther Duflo, one of the other winners as his “wife” and I wrote an article to that effect.

She responded saying that she had read my article and it had reminded her how when she had won the prize, the local press had reported it as “Techie’s mother has won the Nobel Prize”. Whilst she did not mind the framing, it caused a stir in the community, especially among women, who thought she should be acknowledged for her achievements without mention of male family members or her role as a mother.

Imagine a person winning the highest prize in their field and due recognition is not given to them. No wonder, then, that accomplished women who strive for the best, who achieve the impossible, still feel Imposter Syndrome.

No matter how much they achieve, they still get overlooked or their achievements downplayed. When introducing the two Nobel Laureates who were being honoured during the conference, The Right Honourable Madame Julie Payette, Governor General of Canada, remarked that “After all these years society still acts surprised to know of women like these and their achievements”.

Imposter Syndrome is also affected by being the recipient of unconscious bias and stereotypes that are common in many shapes and forms all over the world. Many of the women in my class and networks, at some point in their lives, were told about something in their career that they could not do it or should not do it or were not allowed to do it. They did it anyway, but those attitudes affected them on some level.

For example, the Chair of my board at Safecity, Lauren C Anderson, was one of the first women on the FBI Swat team. At the age of 11 while on a class trip, she visited the FBI headquarters and enquired how she could become an agent. The tour guide told her that girls do not become agents, but she did not let that deter her.

Colonel Samantha Weeks who is currently a Wing Commander of her Air Base of the US Air Force is another trailblazer example. When she told her father that she wanted to be an air force pilot like him he told her that the Air Force did not recruit girls as fighter pilots. She went on to break the rules and become one.

As I looked around me at the conference, I saw the room was full of women who were “shatterers of glass ceilings” and the firsts in their fields. They went against the grain, broke the moulds and wrote their own history. Their stories inspire me to believe that anything is possible, and it is up to us to design our own roles.

Earlier that week, the Lieutenant Governor of Ontario, The Honourable Elizabeth Dowdeswell, shared her life journey with us and I saw it was not linear. However, the one thing that was consistent was that she made whatever role she took on her own. As a result, she was always invited to take on bigger challenges and new responsibilities. She was open to change, curious to learn and fearless in taking up the challenge.

As we stand on the shoulders of giants, we must remember to be confident in ourselves, even when others tell us no. We can succeed, we belong in the room. I recall how Glinda the Good witch said to Dorothy in The Wizard of Oz, “You had the power all along, my dear.”