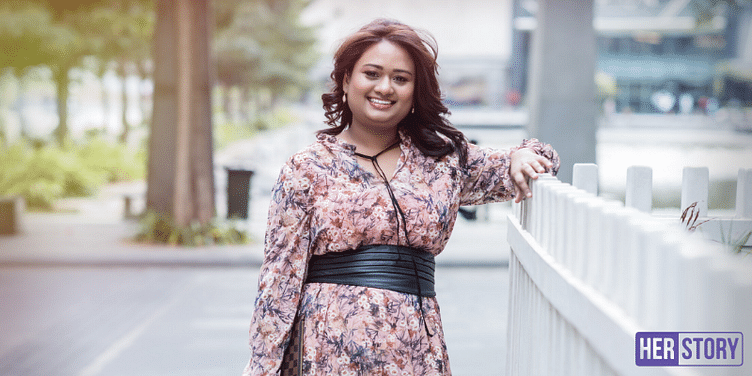 Prashanti Malisetti had spent a decade in the corporate world working as a banker. While the job was professionally satisfying, it didn’t give her the creative freedom and expression she had been yearning for. Deciding to change tracks, she took a year-long break to “reinvent herself”, she says.

During the time off, she found her creative principles aligning with longtime friend and director Sanjeev K Kumar, who has produced hit reality comedy shows like Jabardasth. Prashanti decided to intern with him on a few projects. That’s when things changed completely.

Prashanti was fascinated by the craft of making shows, and established Pixel Pictures, a production house for non-fiction programming and televised events.

Prashanti grew up in Pithapuram, Andhra Pradesh, and hails from an entrepreneurial family that was involved in many businesses, including film distribution. Her degree in commerce and her work experience as a corporate banker for organisations like HSBC and Kotak Mahindra Bank proved to be the perfect recipe for her entrepreneurial endeavours.

In 2013, Prashanti took stock of her savings and launched Pixel Pictures.

The media and entertainment industry in India is very lucrative. According to an IBEF report, it is set to expand at a CAGR of 13.5 percent over 2019-24 and is expected to reach around Rs 307,000 crore by 2024. Despite the growth, the industry is not very organised. This is one of the challenges that inspired Prashanti to become a producer and help make the industry more organised.

As the founder and CEO of the company, Prashanti has led Pixel Pictures to produce over 1,000 hours of televised content with hit shows like Super Minute, the Kannada adaptation of Endemol Shine’s Minute to Win It; Dancing Star, an adaptation of BBC’s Dancing with the Stars; Family Power; Takadhimitha; Super Talk Time; Made for Each Other; and other shows for Kannada and Malayalam television viewers.

Adapting international shows for regional viewers through licensing is one of the USP’s of Pixel Pictures. Prashanti is also diversifying by creating original content in all four vernacular languages of South India.

Describing the joy of creativity, she says,

“The adrenaline rush from a successful shoot day is equal to the excitement at an amusement park. Storytelling is scary and fabulous at the same time. The challenge to make it fabulous is inspirational.”

Indian television market caters to 100 million homes as 197 million homes out of the total 298 million have TV sets as of 2018, according to an IBEF report. Prashanti says that with 97 percent of homes in India still owning a single television set, it illustrates that co-viewing is still prevalent in the country despite the rise of OTT platforms.

She focuses on the need for creative content, saying, “Original content is the cornerstone of creating memorable stories that resonate with the viewer long after the show is over.”

With the emergence of OTT platforms and digital media, Prashanti is also looking to expand in this sector. She is convinced that the next big trend in the industry is content designed specifically for children. This will be content that is entertaining, informative, and can help children develop various skills.

“We will be creating a VoD platform focusing on kids. It is designed specially to give children under 12 an immersive experience that is entertaining and educational, and gives parents the comfort and security of a safe space to explore content for their children,” she says.

In an industry that is dominated by men, from spot boys to male producers and directors, Prashanti is breaking the glass ceiling with her venture.

“The image of a producer is often clichéd. One imagines a man dressed in a suit, wearing a couple of gold chains, with a briefcase full of cash. This is because most entertainment companies are dominated by men,” she says.

“There were times when people didn’t know I was a producer till the finale for they would see me dressed up fancily and doing all kinds of work on set,” she adds.

Despite such awkward situations, Prashanti emphasises that one’s work ethic and the respect earned through hard work is what matters the most.

On the significance of women in the industry, she says, “Women producers, directors, and actresses are redefining the media industry and changing the landscape. Women are equally competitive and are also challenging men in the industry to show the world that no industry is just limited to men. We bring in a lot of diversified experiences to the table.”

Pixel Pictures began with a small group of people and  has seen revenue growth of 25 percent in 2019. At present, it is a B2B company and Prashanti hopes to make it a B2C company.

In 2020, she aims to hire local, region-specific talent, and create disruptive and relevant content in scripted and unscripted segments, for both TV and OTT platforms.

The company will soon produce content for Tamil and Telugu industries, and venture into producing its first-ever fiction series for television.