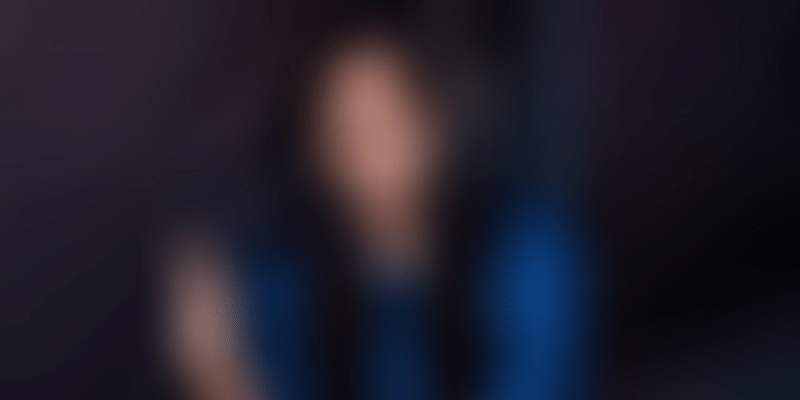 From offering fashion advice to family members to launching her own label Eka in 2011 and collaborating with global brands like Uniqlo, this is the story of designer Rina Singh and her efforts to make traditional textiles relevant.

The collection drew inspiration from Jo, a character from the classic, Little Women, which made the presentation an interesting confluence of Western styles infused with ethnic Indian artwork.

Rina, who specialises in textile design, had collaborated with TSCO, a cooperative society for handloom weavers under the government of Telangana.

Recalling her first association with the cooperative, Rina says, “When the National Handloom Day coincided with the Telangana State Day, I was invited to be a part of the celebration. I designed a collection and then thought of taking this idea forward. The state’s cooperative society TSCO said they wanted me to bring certain kinds of craft clusters to the forefront.”

At the time, Rina did not have much experience with traditional crafts, and took it as a challenge to come up with a collection that was contemporary and unique with an international feel.

“I wanted to design something that an international audience would relate to because the textile design component in Ikkat as it stands today, is very ethnic and traditional that people appreciate internationally, but I don't think anybody would want to wear that kind of ethnicity on their sleeve on a daily basis,” she says.

Gradually, the collection came to life, after many trips to remote areas of the state and many interactions with indigenous craftsmen.

Meet the fashion designer who has dressed celebrities like Priyanka Chopra, Saina Nehwal, and Victoria Beckham over the past 25 years

“I don't think about fashion when I begin to design my collections because textile is my starting point. Developing a new kind of a textile, arriving at a new field every season is sentimental and emotional in the beginning. And fashion as a component comes much later in the collections,” explains Rina.

She begins by setting the mood and feel of the coming season. At present, the designer shares that she is in a mood to reset, to realign and balance, which might eventually reflect in the collections.

Rina says she has always had a passion for creativity, and on various occasions, she would dress up her nieces, cousins, and often advise her family members on what to wear.

She was also a keen follower of international trends. “In those days, we didn't get a lot of international music or movies in India but I knew who Julia Roberts was or what she was wearing and that the Pretty Woman is a movie to watch. I knew what styles were vogue,” she says, adding that she thought she might have a special talent when people around her started taking her decisions and opinions seriously.

Rina also believes her upbringing played in a role in influencing her as a designer, later in life.

While both her parents hailed from families of agriculturalists in Saharanpur city in Uttar Pradesh, Rina lived in a different world at her boarding school where she spent time with children from across the world.

“I've had these influences, which are very conventional and rudimental, which didn't make me belong to tradition and conform to it strongly and also nice contemporary modern influences from my boarding school. It gave me a strong individuality and an independent way of thinking.” she says.

The world of fashion

As a professional designer, Rina takes inspiration from the people she interacts with, the women in her life, art, travel, and most importantly, sustainability and conscious and meaningful designing.

When Japanese clothing brand Uniqlo first came to India, Rina had collaborated with them to introduce fusion clothes. Starting off with stores like Good Earth, Ogaan and Bombay Electric, her designs are now stocked at around 50 to 60 stores across the world.

To find a calling in the world of fashion, Rina advises that one has to be authentic. “Understand early on who you are. It's a difficult thing to say this to a young fashion aspirant. You might feel like a misfit initially when that is not the trend and that voice is not really getting a lot of attention, but it doesn't matter so long as you are true to yourself,” she adds.

She also suggests aspiring designers to start their own label only after working with experienced designers and learning practically before developing an identity.

“There are so many brands in the world and a lot of people stereotypically dressing up the same. When I was younger, I used to question if this was required. Does everybody have to look the same like? What kind of a chord is this?” Well, today, Rina is happy to be writing her own chord.